It's the seventh year Levine's Children Hospital has hosted the superheroes. This year, of course, even Superman wears a mask. 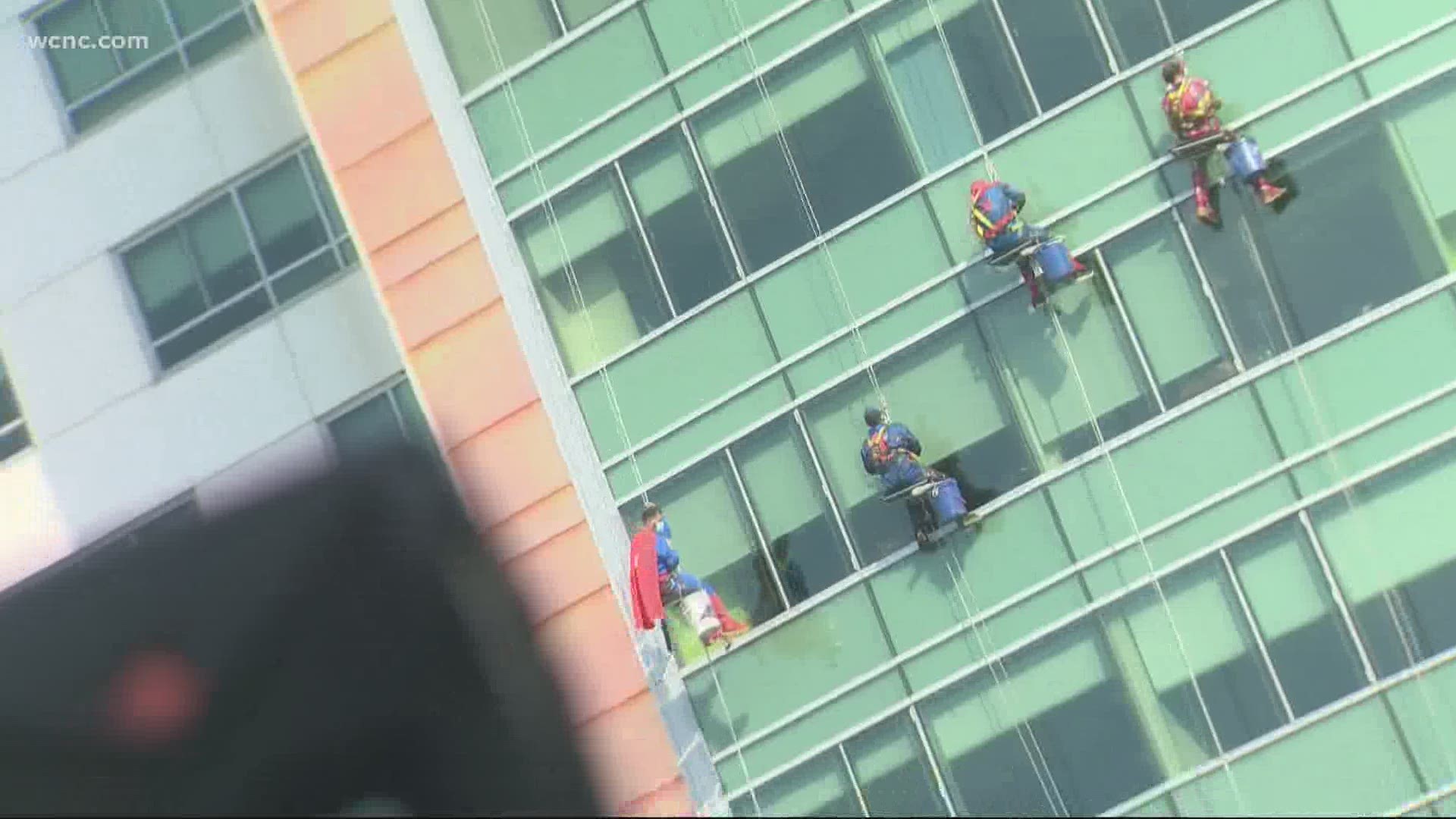 CHARLOTTE, N.C. — Some young patients at Levine Children's Hospital got an eyeful Wednesday morning when Superman and his pals dropped by their window.

It's all part of a tradition at Levine's, one that folks on both sides of the glass look forward to.

It was an altogether average day outside Levine Children Hospital, when suddenly a group of superheroes appeared from above, begging the question: Did Spidey and the gang get day jobs?

Not quite. Instead, these heroes are window washers from Joffe Contracting and this is no ordinary high rise.

“There’s a lot of children inside who haven’t been able to have a visitor in a really long time because of COVID,” said Callie Dobbins, an executive with Levine Children's Hospital.

It's the seventh year Levine's Children Hospital has hosted the superheroes. This year, of course, even Superman wears a mask.

“It’s been fun to watch a few of them slowly open their blinds and peep their heads out,” said Dobbins.

Of course many can't make it to the window, but the heroes see them.

“Watching those faces inside light up and tell their mind how excited they are to see these heroes is pretty special.”

As for who gets more out of the encounter, Joffe Contractors Operations Manager Joe Rocheleau thinks he knows.

“You realize the worst problem on your worst day means nothing when you are outside that window and see these little children smiling laughing you have no idea what they’re in there for you know you’re making their day a little bit happier.”

And the Superheroes say they'll be back next year.