Books and Barbers: Local pastor making history one page at a time

More than 85% of black male students struggle with reading. A Rock Hill pastor is out to change that one haircut at a time. 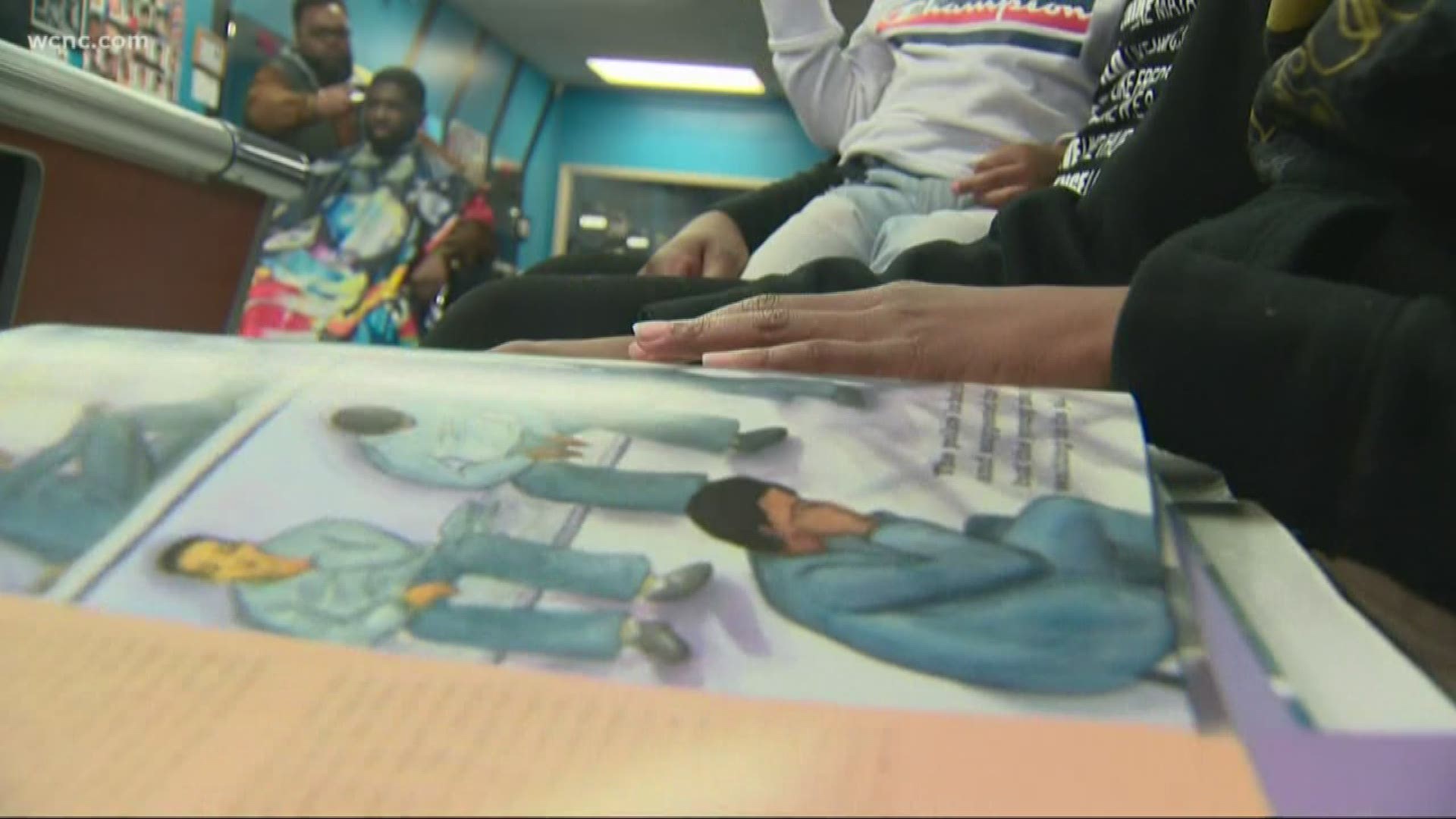 ROCK HILL, S.C. — According to the U.S. Department of Education, more than 85% of America's black male students are not proficient in reading. Now, a Rock Hill pastor is hoping to change that by bringing books to barbershops.

"The barbershop is probably just as important to the African-American community as the church," said Pastor C.T. Kirk. "You get the news, you get different perspectives."

Now it's a place to grab a good page turner, thanks to Pastor Kirk.

"When I was doing student teaching, a teacher that was training me was telling me about the low literacy rate among African-American boys," Kirk said. "From that, I was like where are some places that books need to be so boys can have access to those books?"

King Cutz in Rock Hill was the first barbershop to agree to Kirk's idea. The owner, Solomon, was amazed at how excited his clients were to pick up a book while waiting to get their hair cut.

"To see a parent actually reading to their children, you know, that's like TV and movies," he said. "To actually see it was amazing, so I was happy that he chose me to be the first barbershop. It's bringing families together."

One of those readers, a young boy named Julian, spends two hours every week in the barbershop with his dad. Every time, he grabs a book. He's only in the third grade and reads at a much higher level.

"It makes me feel good because I like reading," Julian said.

Over the last three years, Pastor Kirk has expanded his libraries to more than 20 barbershops, three hair salons and even four laundromats. He is the first in the first in the area to launch this initiative.

"I want to be the preacher who really made an impact in my community because I was the little boy that didn't have a father figure," Kirk said. "I was that little boy who grew up in poverty, when I looked up I didn't have those role models. So that's my legacy, wanting to impact my community as much as I can."

MORE FOR THE CULTURE