Project Universal Love is asking the community to help donate a warehouse to store necessities that will go straight back to the community it serves. 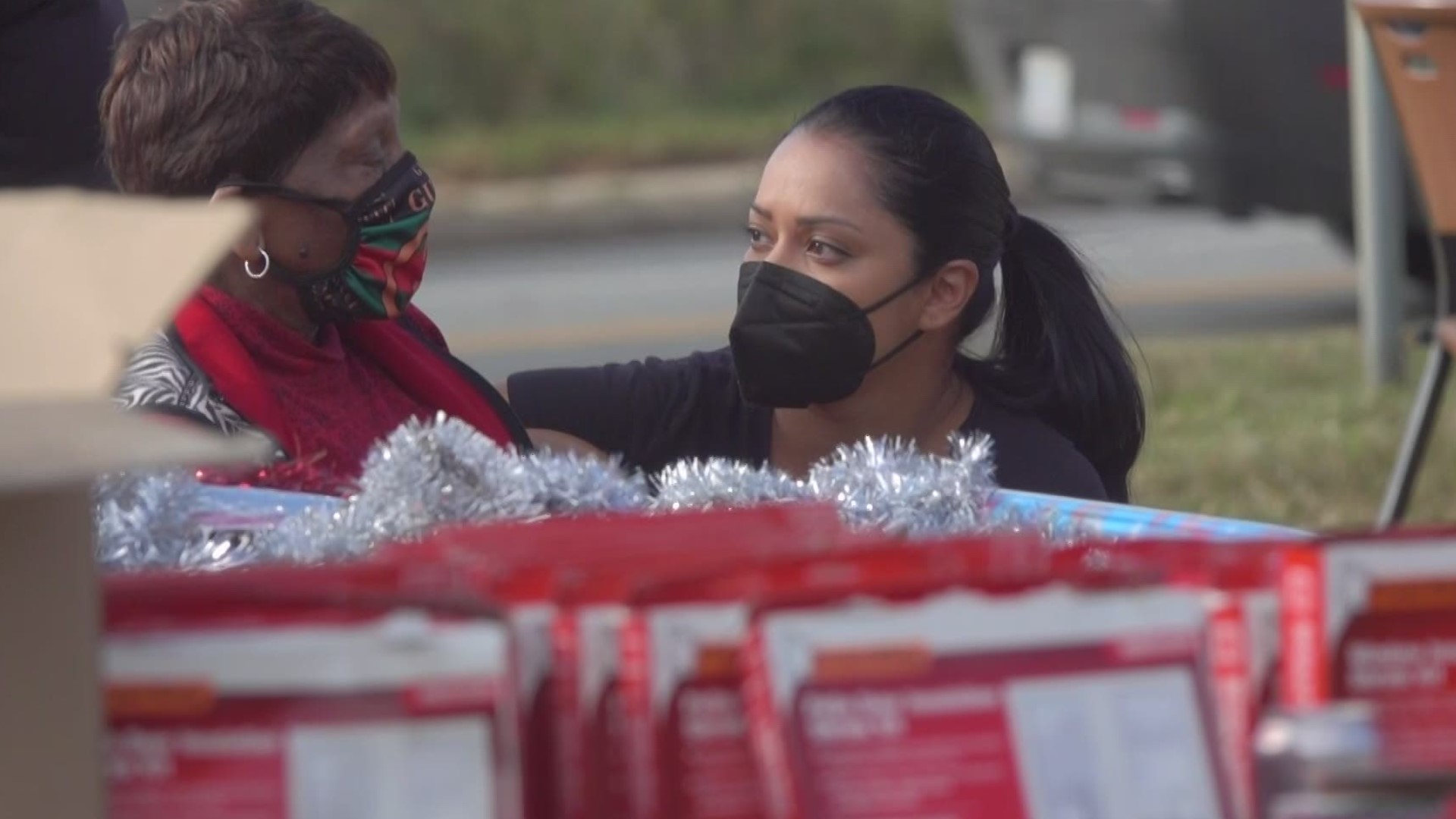 CHARLOTTE, N.C. — Project Universal Love, a Charlotte nonprofit, is in need of extra space this year due to just how many donations they have received.

As Project Universal Love gears up for its big Christmas giveaway, its leaders are hoping someone can help them help others.

It’s a vision that started at a young age.

“I remember being 7 years old hanging out with friends and my cousins outside playing when I saw a homeless man dig into the dumpster for food and clothes and it shocked me," Miller said.

Now Ayah Miller, the founder of Project Universal Love, is making her dream a reality.

“I just really grew up with a heart to give and help and do for others," Miller said.

The Charlotte nonprofit started three years ago, and ever since, members have been on the run to give back so that families don’t have to go without.

“If you were to come to us and say I’m having some trouble right now, I need a car seat, I need clothes, guess what if we have it we give it," Vonyetta Watson said.

The organization's work in the community proves it.

It’s partnered with Panthers Rookie Derrick Brown and his foundation to give over $150,000 worth of items to those in need during the pandemic.

“We did a Halloween giveback, we gave over $30,000 worth of Halloween costumes to the community," Watson said.

Secretary Larry D. Hall even signed a memorandum to help the organization support as many veterans across the state as possible. But this holiday as they sort through seven storage lockers, Project Universal love is needing a helping hand of its own.

“We have everything from toiletries to clothes to children's toys," Watson said.

They need a warehouse to fit what the nonprofit receives.

“We’ve had mattresses, I believe Tempurpedic mattresses one time that we were supposed to get but we didn’t have nowhere to put them," Watson said.

“If anybody out there just has a space and you are looking to donate this is probably the biggest and best way," Watson said.

A bigger space to help am even bigger a need in the community.

“We can start conquering all of South Carolina, Georgia, and just more and more from there with bigger warehouse space," Watson said.

“I’m a firm believer in giving back and I believe givers are filled and when you give you get," Miller said.