The organization has seen demand for meals increase exponentially and has already served more meals so far this year than it did in all of last year. 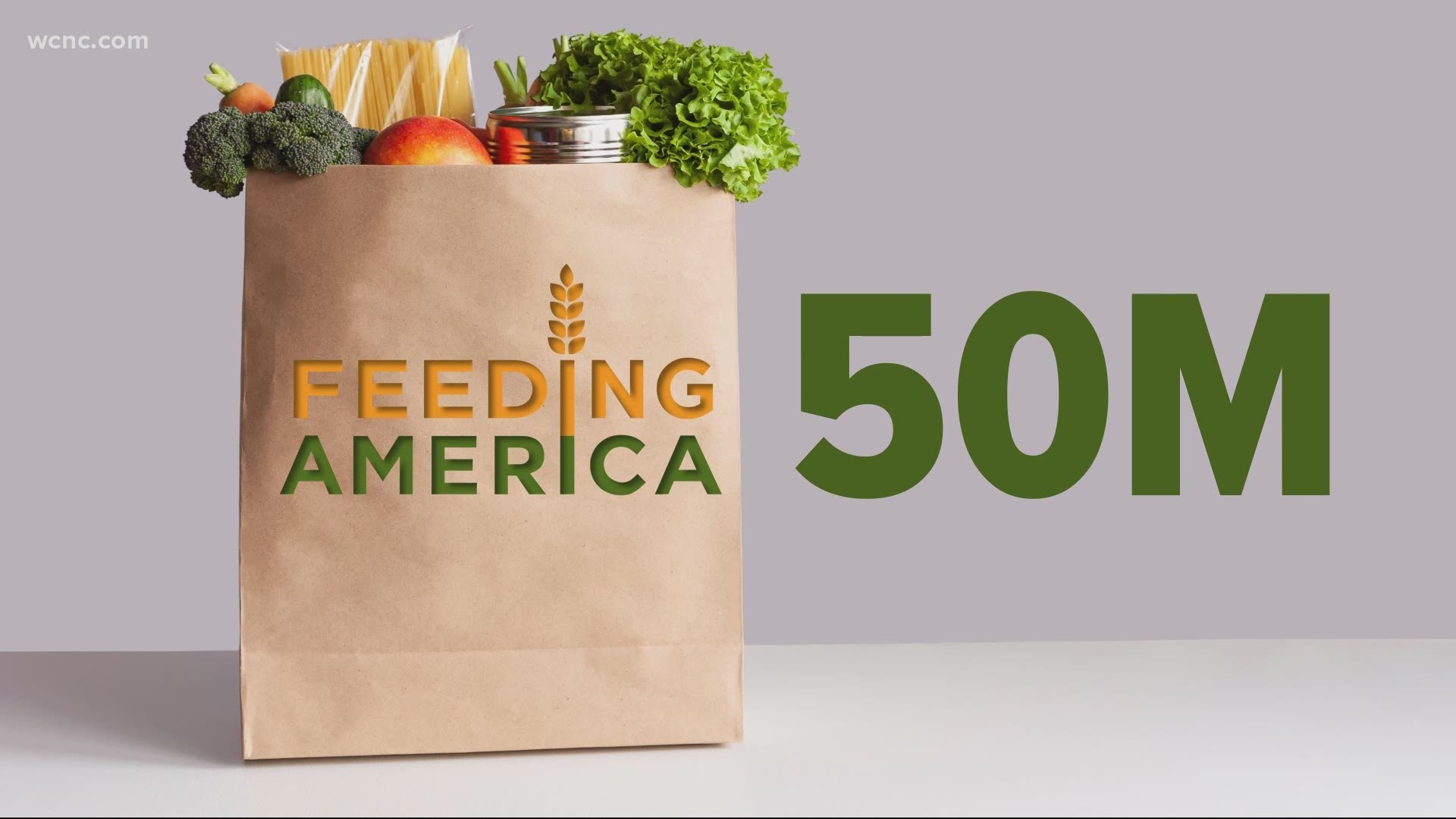 CHARLOTTE, N.C. — For the majority of The TODAY Show's time on air Tuesday morning, the team highlighted the national crisis of food insecurity. The goal was to raise awareness that millions are struggling to put food on their tables in the United States of America, and to hopefully raise money to help.

From Al Roker to NBC News Correspondents, people were live from food banks across the country. Teaming up with Feeding America for TODAY's Season of Giving special.

The numbers are staggering. According to Feeding America, nearly 50 million Americans, which equates to roughly one in six people, will have trouble providing food to their families. A horrific reality that is happening across the country, including here in Charlotte, NC.

TODAY is teaming up with Feeding America for Season of Giving https://t.co/zJkSXgfOO6

WCNC Charlotte spoke with Tina Postel, the executive director at Loaves and Fishes about the local food insecurity crisis. She said most people would be shocked at how many people they are feeding day in and day out.

“We hear from a lot of people who have been skipping meals, making do, seeing how long they can get a jar of peanut butter to last," Postel said. “This problem is huge right here in our Charlotte community and a lot of people have no idea how many neighbors are hurting.”

Last year alone, pre-pandemic, Loaves & Fishes fed enough people to fill up Bank of America stadium. That is roughly 80,000 people in Charlotte and our surrounding counties that relied on food pantries. Unfortunately, Postel says this year is already worse.

If you've ever been to a third-world country, you have witnessed extreme poverty and devastation. It may seem difficult to wrap your mind around that happening in your community. It may be shocking, and it should be, but together we can put at least a dent in reversing this tragedy.

RELATED: 'Everyone can do their own part' | Charlotte teen running 26 miles in 26 hours to raise money for food pantry

The Loaves & Fishes website has information about volunteering and donating. Their highest priority items of need right now are canned meat, canned fruit and canned pasta. Health matters, so while you are picking up these canned goods, pick the fruit for example that is no sugar added or in natural juice.

There is no shame in asking for help. "Thanks to this community's response, we have a warehouse full of food, and we can help you,” said Postel.

Here is more information to learn about how you can reduce food insecurity in America.