It's likely we all have it in our living room or playroom, but it proved to be nearly deadly for a 16-month-old girl after she swallowed it. 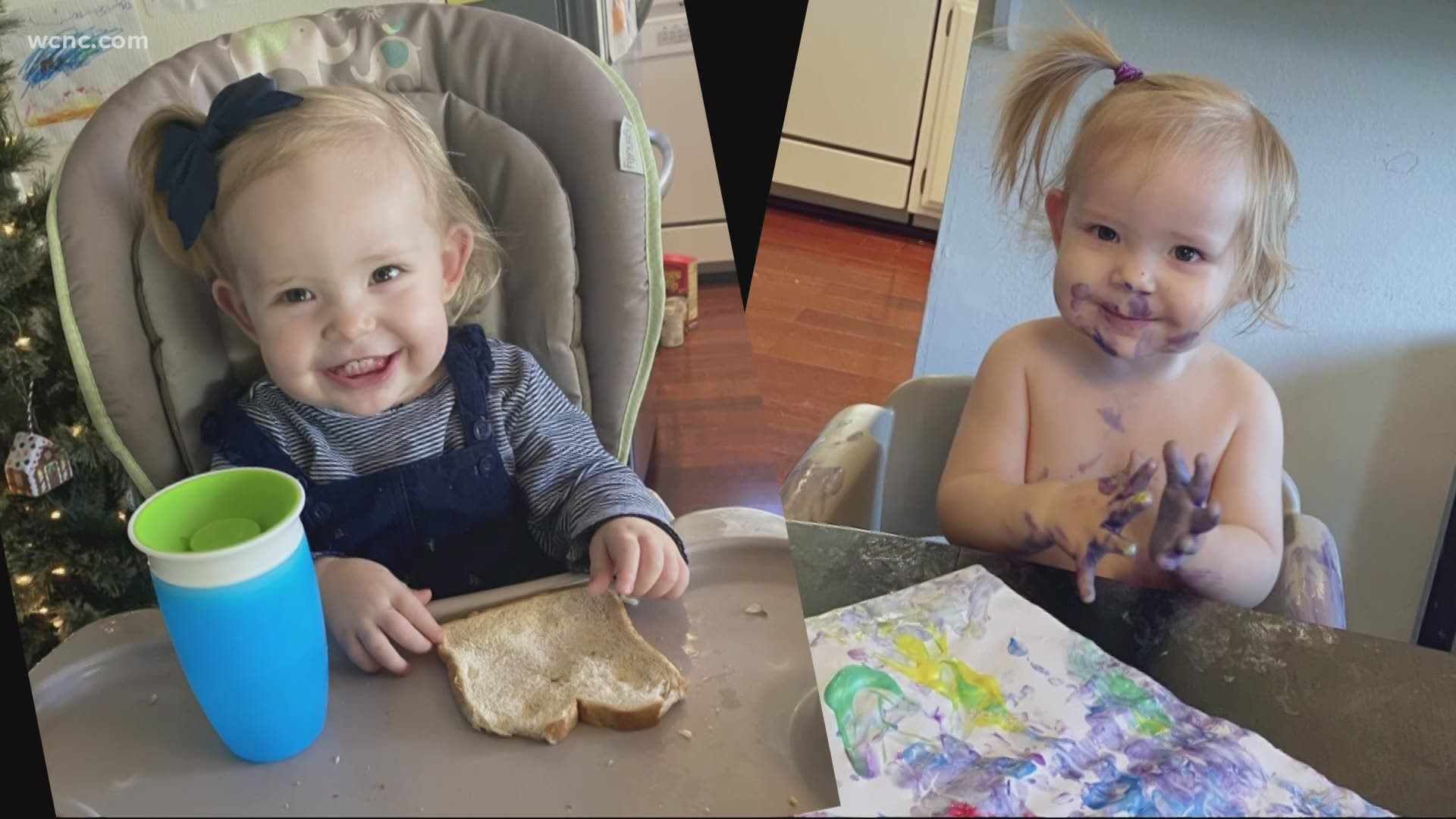 CHARLOTTE, N.C. — A mother is warning other parents after her little girl swallowed a button battery that fell out from one of her toys, burning into her esophagus and hospitalizing her for more than a week.

Evangeline Kientz, known by Evie, is a 16-month-old girl who is a ball of joy, her parents say.

However, for the last eight days, there hasn't been any joy. Instead, it's been replaced with nerves, sleepless nights, and tears.

"It was the scariest moment of our lives," Kientz said.

The little girl has spent more than a week in the hospital after swallowing a battery that fell out of her sister's drawing pad that's made for children to play with.

Her parents called 911 immediately. Paramedics said Evie's vitals were fine at the time and it was up to the parents if she went to the emergency room.

Kientz decided to send her to the hospital and is thankful she did.

"These particular type of batteries can actually burn through someone's esophagus in two hours," she explained.

The National Safety Council says most button batteries pass through the body, but sometimes get hung up in the esophagus.

An electrical current can form causing tissue burns that could be fatal, according to the council.

The council reports that 14 children have died from swallowing button or disc batteries from 1995 to 2010.

Evangeline has suffered severe burns to her esophagus and can't eat.

"It looks as if you put something, a piece of chicken in the microwave -- it just cooked it," Kientz said.

She will spend at least two weeks in the hospital until doctors give her the all-clear, according to Kientz.

Their joyful little girl is back in good spirits, singing with a music therapist, but healing will be a journey.

The family still doesn't know the long-term effects it will have on Evie, but they're optimistic.

Still, Kientz wants to warn others about the danger that could be in your home, so no other family has to live their experience.

"Search your house for any item that has those disc or button batteries in them," she said.

Kristin said she won't allow those batteries to be in her house and said if you have them in your home, to make sure they're secure.

A friend in Charlotte made a GoFundMe page for the family to help with hospital bills, as the family asks for prayers.