Online applications for both grants opened October, 19th, with a short window to apply. 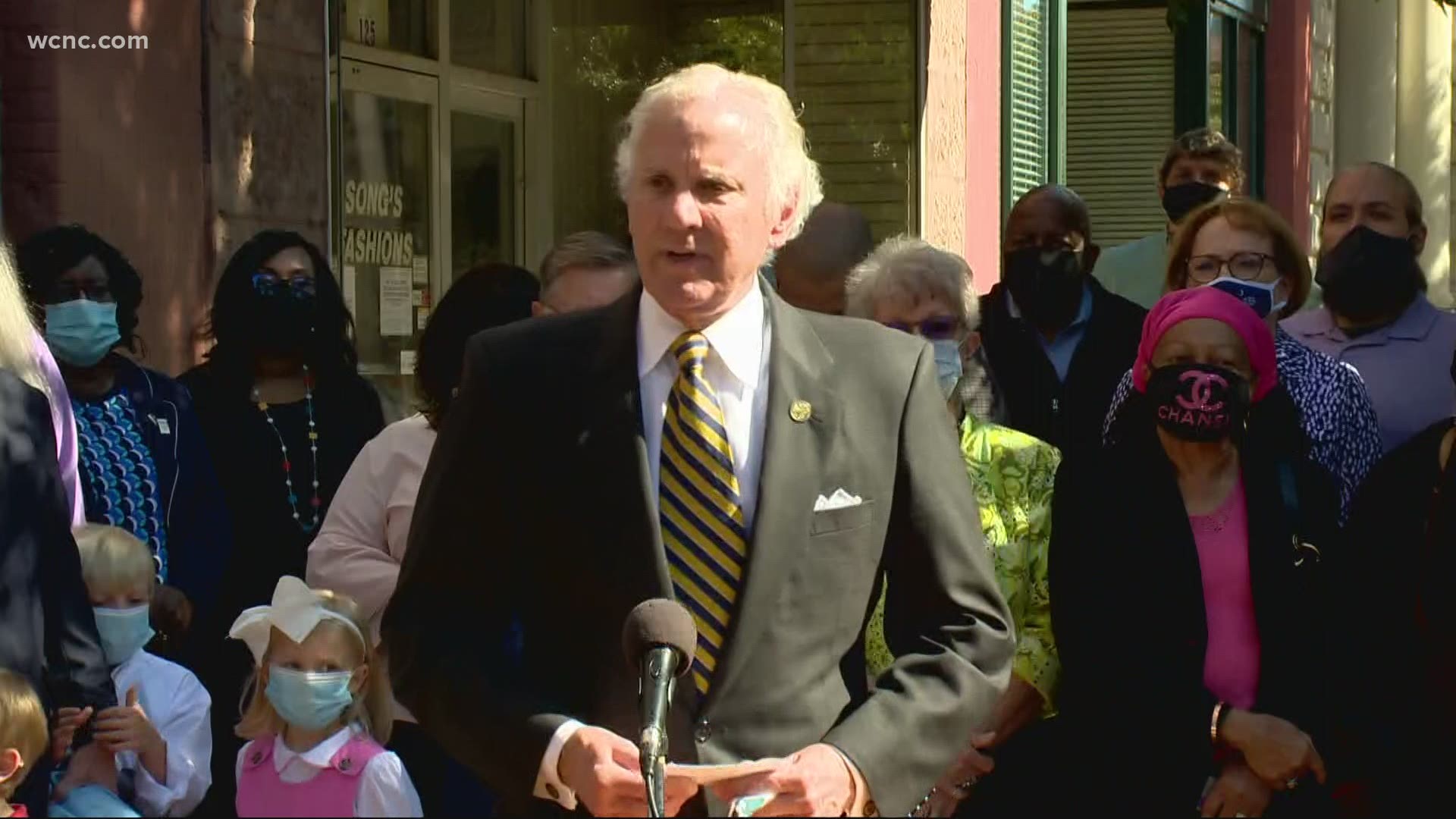 ROCK HILL, S.C. — To a round of applause, South Carolina Governor Henry McMaster announced $66 Million dollars in COVID relief funding is now up for grabs.

“To be sure that our small businesses can still thrive and prosper,” he said, during a press conference held Monday afternoon on Main Street in Rock Hill, S.C.

The Governor said the financial jolt will come through the launch of two new grants, including the Minority & Small Business Relief Grant and the Nonprofit Relief Grant.

Online applications for both grants opened October, 19th, with a short window to apply. The deadline is November, 1, with checks expected to be mailed by December, 15th.

The Minority and Small Business Relief Grant Program will reimburse qualified recipients from $2,500 to $25,000. To qualify, minority and small businesses must employ 25 or fewer employees and be physically located in South Carolina. A full list of grant eligibility requirements can be found here.

The Nonprofit Relief Grant Program will reimburse qualified recipients from $2,500 to $50,000. To qualify, nonprofits must be designated as a 501(c)(3) nonprofit organization by the Internal Revenue Service, be registered as a public charity with the South Carolina Secretary of State, and be physically located in South Carolina. A full list of grant eligibility requirements can be found here, on accelerateSC's website.

Today we announced the Minority and Small Business Relief Grant Program to help keep the doors open at many of our small businesses and to invigorate and accelerate our economic recovery.
(1/) pic.twitter.com/gAR0ZdWksT

“Grants like this help fill in the gaps,” said Katy Motsinger, the Community Resource Director for the Children’s Attention Home in Rock Hill, a non-profit which feeds, clothes and houses abused children.

Motsinger said almost half of the non-profit’s budget comes from community donations, donations she said have dropped significantly since COVID.

“Having an opportunity for us to receive some relief and get some help to continue doing the work we do for the community is huge,” she said.

But left out of eligibility are businesses, which opened after September 13, 2019, like Candy’s Sweets and Treats in Rock Hill, which opened in March.

“We can have a week where we’re doing really, really good and then the next week is just like two people came through the door today,” she said, “It’s times like that we’re just trying to stay afloat.”

Aaron said because her business opened this year, she was ineligible for the last round of relief funding and was hoping to be included this time around. Excluded again,   Aaron now said she plans to focus on holiday sales.

“We’re really hoping that Thanksgiving and December and Christmas will make up for the other months that we were closed or just really, really slow.”

To apply, visit here. For help with the application process contact the SC Cares Call Center at 803-670-5170 or by email at SCCares@admin.sc.gov.