The Asheville-based grocer chain announced it will liquidate all inventory before shutting down every store. 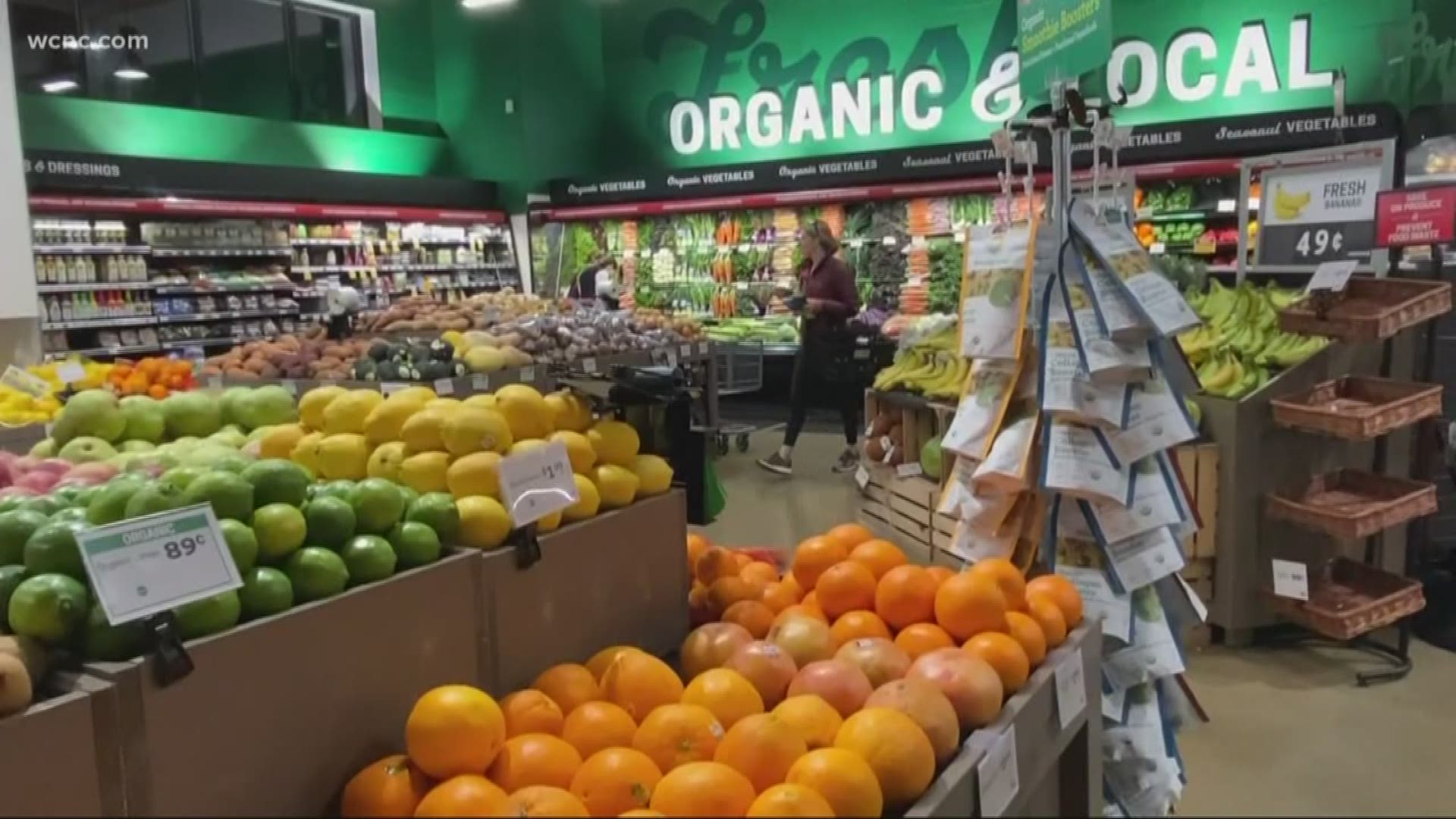 The company says all employees have been notified that the grocer's stores and corporate offices will be closed. In a press release, the company said "the decision to begin the process of closing our stores was not entered into lightly."

Earth Fare says it will begin inventory liquidation at all stores in preparation of shutting down. The company says it will continue to pursue a sale of assets, in whole or in parts.

“Earth Fare has been proud to serve the natural and organic grocery market, and the decision to begin the process of closing our stores was not entered into lightly. We’d like to thank our Team Members for their commitment and dedication to serving our customers, and our vendors and suppliers for their partnership,” said Earth Fare.

The company opened in 1975 and has dozens of locations mainly in the southeast. Seven of those stores are in the greater Charlotte area and several of them opened within the last year.

Everything on the shelves of Earth Fare must go. The Asheville-based chain announced Monday all 50 locations will close, a shock to customers.

The news is surprising to many, especially after the small chain announced expansion plans in recent years, opening several locations in the Charlotte area last year.

"That does surprise me because I had heard they had been opening a lot of stores," Aaron Palvicke said. "I have family down in Florida and saw stores there."

The store is marketed as a specialty natural and organic grocery store. It's why so many customers love it.

“In my family, we have multiple allergies. This is the only place in the whole Charlotte area that we've been able to find my grandson’s special bread that tastes halfway decent. And I just bought 9 loaves, I cleaned off their shelves,” Betty Reynolds said.

The store is encouraging customers to do just that and take advantage of the big sales they’ll be having.

RELATED: Who has the best online grocery shopping and delivery in Charlotte?

Earth Fare has opened multiple stores in the Charlotte area in recent years, including locations in Steele Creek and Concord Mills. The company says new initiatives aimed at growth and expansion led to financial issues.

Over the course of the past few years, the company has implemented numerous strategic initiatives aimed at growth and expansion and enhancing the customer experience.

“While many of these initiatives improved the business, continued challenges in the retail industry impeded the company’s progress as well as its ability to refinance its debt.  As a result, Earth Fare is not in a financial position to continue to operate on a goforward basis. As such, we have made the difficult, but necessary decision to commence inventory liquidation sales while we continue to engage in a process to find potential suitors for our stores,” added Earth Fare.

All stores will likely be closed by the end of the month.