'Why can't I benefit?' | Millions of college students left out of stimulus bill may have another shot at getting paid 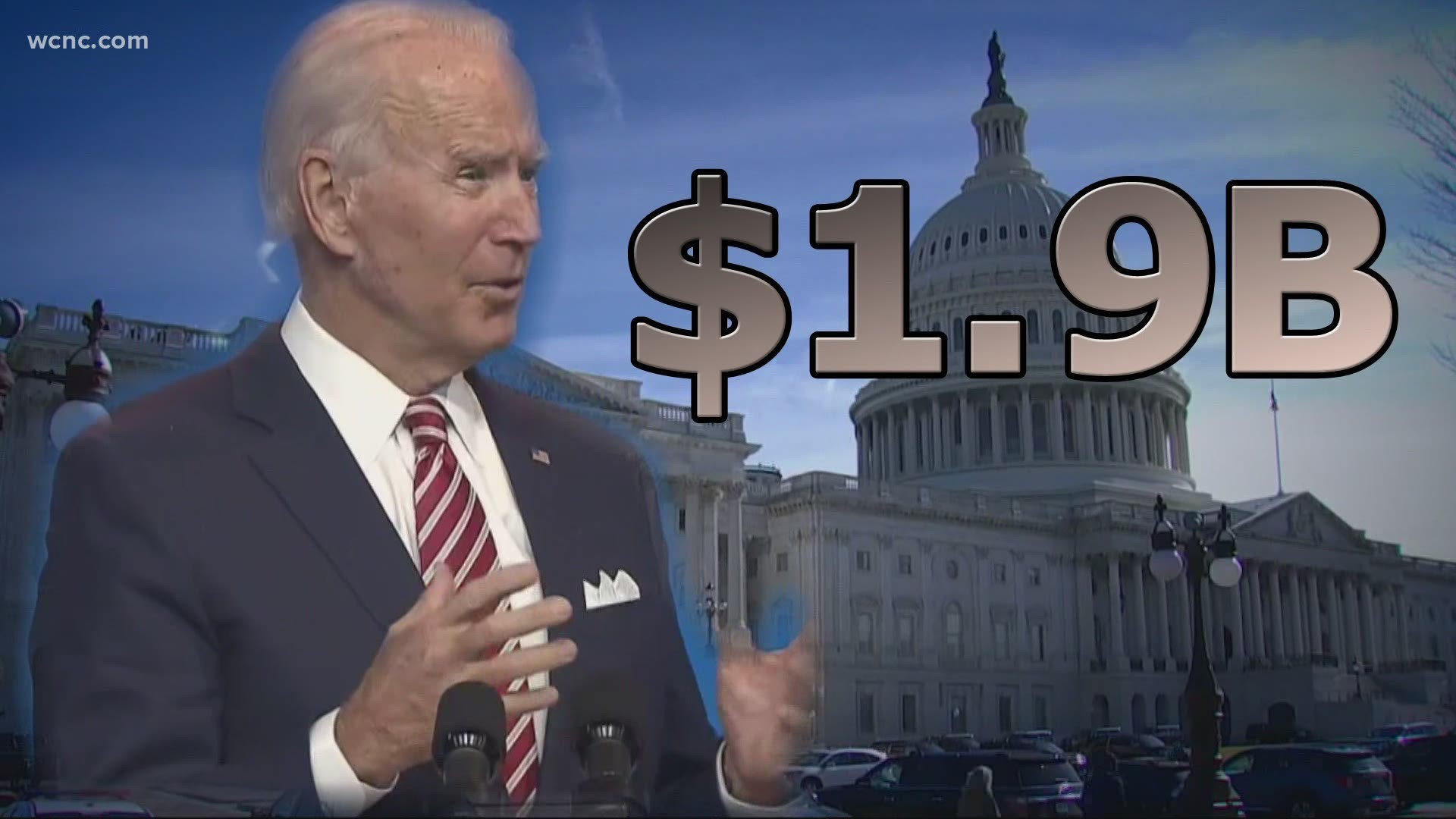 CHARLOTTE, N.C. — Many college students are desperate for a financial lifeline after they were cut out of the second round of stimulus.

President Biden's latest proposal, which includes $1,400 checks for qualifying Americans, might just be that saving grace for many adult dependents who are wondering: “Where’s the money?”

The reduced COVID-19 relief package passed in December 2020 cut out dependents 17 years and older which includes a lot of students who say they really needed that money.

“It's definitely been hard for my partner and I to just try to survive and make it through the pandemic," Jhamari Sowell, a hard-working nursing student at Gaston College, said. "We’re behind on bills, everything. And, you know, we just, we just really are trying to make it."

Sowell said the pandemic left him jobless for several weeks, and his unemployment payments never came through.

“It’s just left pending," he said. "They don't give any kind of feedback, especially on the DES site. There's no type of information; there's nothing updating.”

The WCNC Charlotte Defenders reached out to the Division of Employment Security on behalf of Sowell. A DES spokesperson said they would contact Sowell in an effort to reach a solution.

“I don't know what they got going on, you know, but I know it's not helping a lot of North Carolinians," Sowell said.

He finally secured a job last week but said he’s still in a financial hole.

“Even with the job and the hours, it’s still not enough to get me caught up or, you know, do the things that I need to be able to do to just make it even through the winter," he said.

RELATED: A third stimulus? How much you might get and when

Learning he was ineligible for a stimulus payment as an adult dependent was yet another blow.

“To just imagine me being able to get some type of stimulus, you know, that’d definitely get me in a place that I would be more comfortable, be able to buy more winter clothes, be able to buy better shoes, even getting a car, you know, because I'm walking to work," Sowell said.

The Center of Budget and Policy Priorities estimates 15 million older children and adult dependents were left out of receiving stimulus payments in the bill that passed last month.

A third of those, equating to about 5 million, are 17- and 18-year-olds. Many of them are financially independent college students just trying to get by themselves.

Biden’s $1.9 billion relief plan would include college students this time.

But for many like Sowell, who are already barely scraping by, it could be too little, too late.

“I'm sitting here, and I'm basically waiting on things to happen, you know, for them to come through," he said. “I'm a taxpayer, and they're not making me eligible to receive any kind of stimulus. I pay my taxes ... why can’t I benefit from something that, you know, I'm a part of?”

In some cases, adults who were dependents in 2018 and 2019 but file independently this year may be eligible to receive the $600 stimulus as a tax credit. 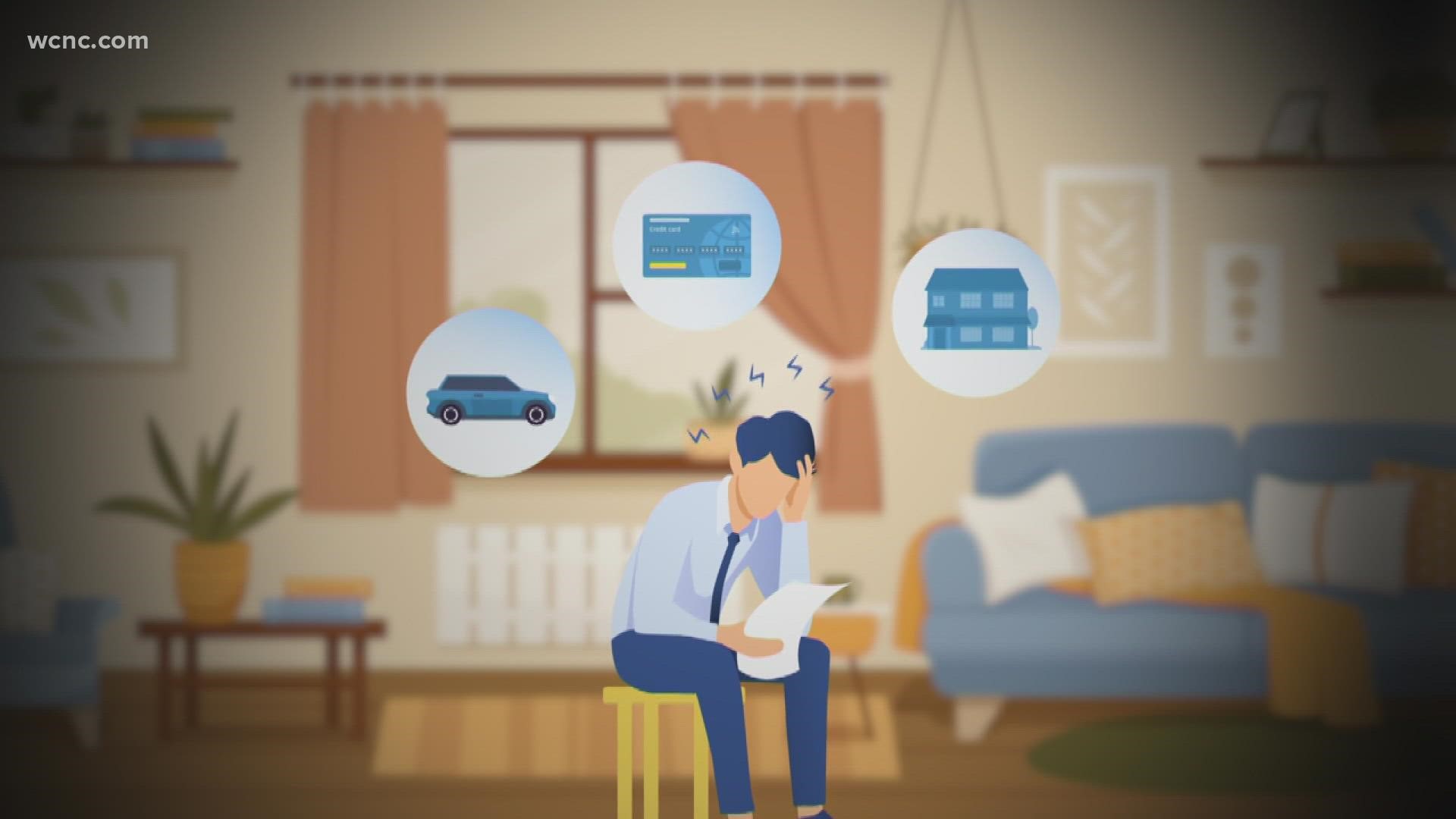 What to do if you have 'zombie debt?'