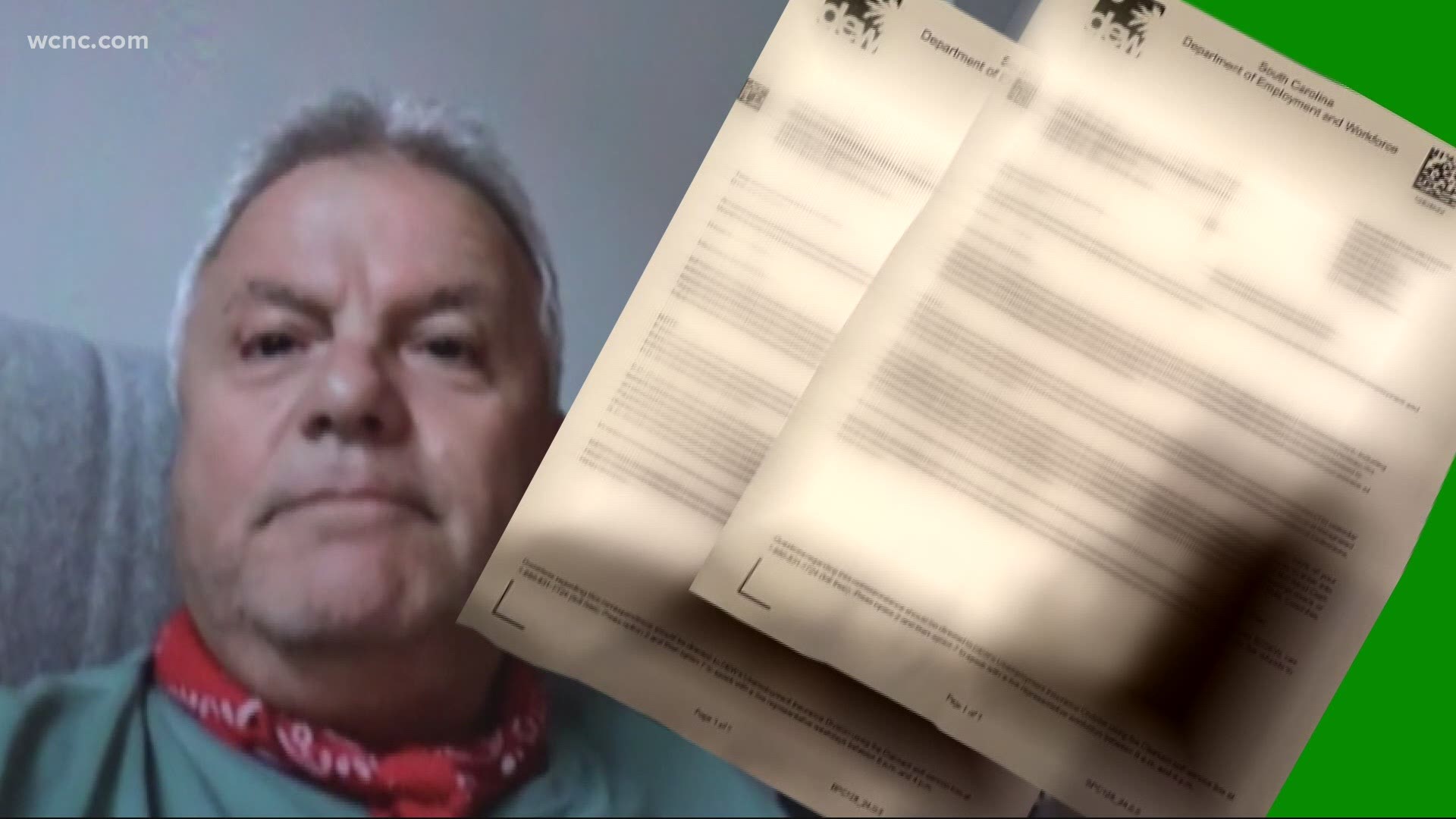 FORT MILL, S.C. — A Fort Mill Uber driver said the weight of the world is now off his shoulders after the South Carolina Department of Employment and Workforce resolved a $14,000 unemployment overpayment dispute.

"It's unbelievable,” Joe Sandagato said. “Your stomach's not in a knot anymore."

Letters show DEW tried collecting more than $14,000 from him, claiming the state overpaid his jobless benefits.

“The only explanation that I got was I am not eligible, so my response was, ‘Why did you approve me?’” Sandagato said.

Sandagato is now the second rideshare driver, this one in South Carolina, who's reached out to WCNC Charlotte after unemployment accused them of collecting benefits that didn’t belong to them. In Shelley Grassi’s North Carolina case, the state mistakenly granted her standard unemployment instead of Pandemic Unemployment Assistance. After we advocated on her behalf, the state resolved the issue.

In South Carolina, DEW reports the agency will soon launch a revamped website to help people who receive overpayment notices. In the meantime, a spokesperson said a phone call to the agency's overpayment department at (866) 831-1724 can provide clarity.

RELATED: Waiting on unemployment out of South Carolina? Learn from this man

Sandagato said he tried the phone route with no success, so he turned to us.

"It got resolved, because of you," he said. "You see this smile on my face? That's all I care about right now."

Not only is the overpayment threat no longer hanging over him, Sandagato said South Carolina sent him more than $2,000 in back unemployment payments as well. In addition, he said his weekly unemployment benefits kicked back in too.

"You know what I did today? I went and spent $200 on necessities at COSTCO," he said ."Laundry detergent, shampoo, deodorant, toothpaste."