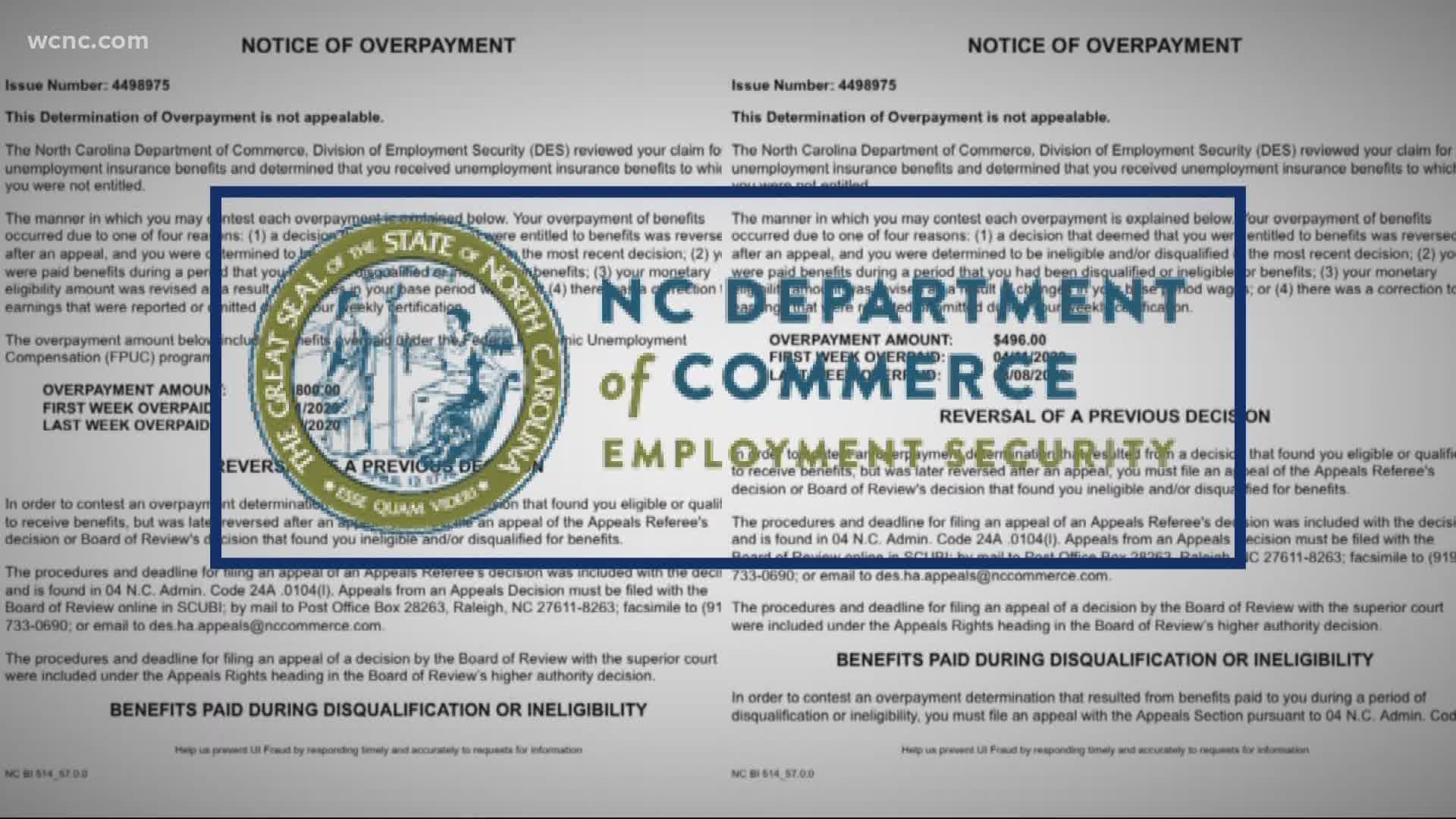 SHELBY, N.C. — Instead of easing an Army veteran's financial worries, an unemployment benefits mistake briefly burdened the single mother with $11,000 in debt.

"I literally felt like the weight of the world was on my shoulders and that's gone," Grassi said. "I'm honestly kind of amazed."

Grassi's troubles started months ago when the Lyft and Uber driver from Shelby inadvertently received approval for regular unemployment benefits from a job she left last year instead of Pandemic Unemployment Assistance for her rideshare job. The mistaken approval resulted in two overpayment notices from DES in August totaling more than $11,000.

"What happens if I can't pay that? I mean, that's a lot of money," she said at the time. "It's terrifying. I'm a single mom. I'm a veteran and I do suffer from PTSD. I have so much anxiety over what am I going to do that my therapist and my psychiatrist are pretty much on call."

Imagine collecting unemployment for months only to learn @NCDES now says the state overpaid you by $11,000. Overwhelmed, this veteran and single mom asked for our help. Happy to report the state's corrected its error, her debt is gone & she's receiving benefits again. #Defenders pic.twitter.com/l6bDpuqOwk

The mistake not only led to undue stress, Grassi said it also resulted in the state garnishing her unemployment benefits.

"An employee at the call center told me that it was their fault, that DES messed up," she said. "It should never have been approved under the standard unemployment claim."

Grassi isn't the first one to criticize DES' overpayment system. A state audit previously identified another extreme:   the state's failure to properly track overpayments. The Department of Commerce pledged the agency improved the overpayment tracking process earlier this year.

The most recently available federal data show North Carolina maintained an estimated improper payment rate of 22.25% from July 1, 2016 through June 30, 2019. The state's improper payments totaled more than $17 million in 2019, according to the U.S. Department of Labor.

NCDES reports a variety of issues that can result in an overpayment, including fraud, errors and mistakes by the state, claimants, employers or third parties.

Thankfully, Grassi doesn't have to worry about an overpayment hanging over her head any longer. Just days after WCNC Charlotte reached out to DES on her behalf, the state fixed the error, removed the overpayment notices and transferred all of her benefits to PUA.

"She was very apologetic," Grassi said of the DES employee who handled her case. "I did wake up this morning to a deposit in my account and it was back paid. It made a bad day a lot better. I actually slept through the night for the first time in a very long time."

If you've received an overpayment notice, you can file a written appeal, but you have to do so within 30 days of the overpayment determination.