The move could be a sign of things to come for other big employers. 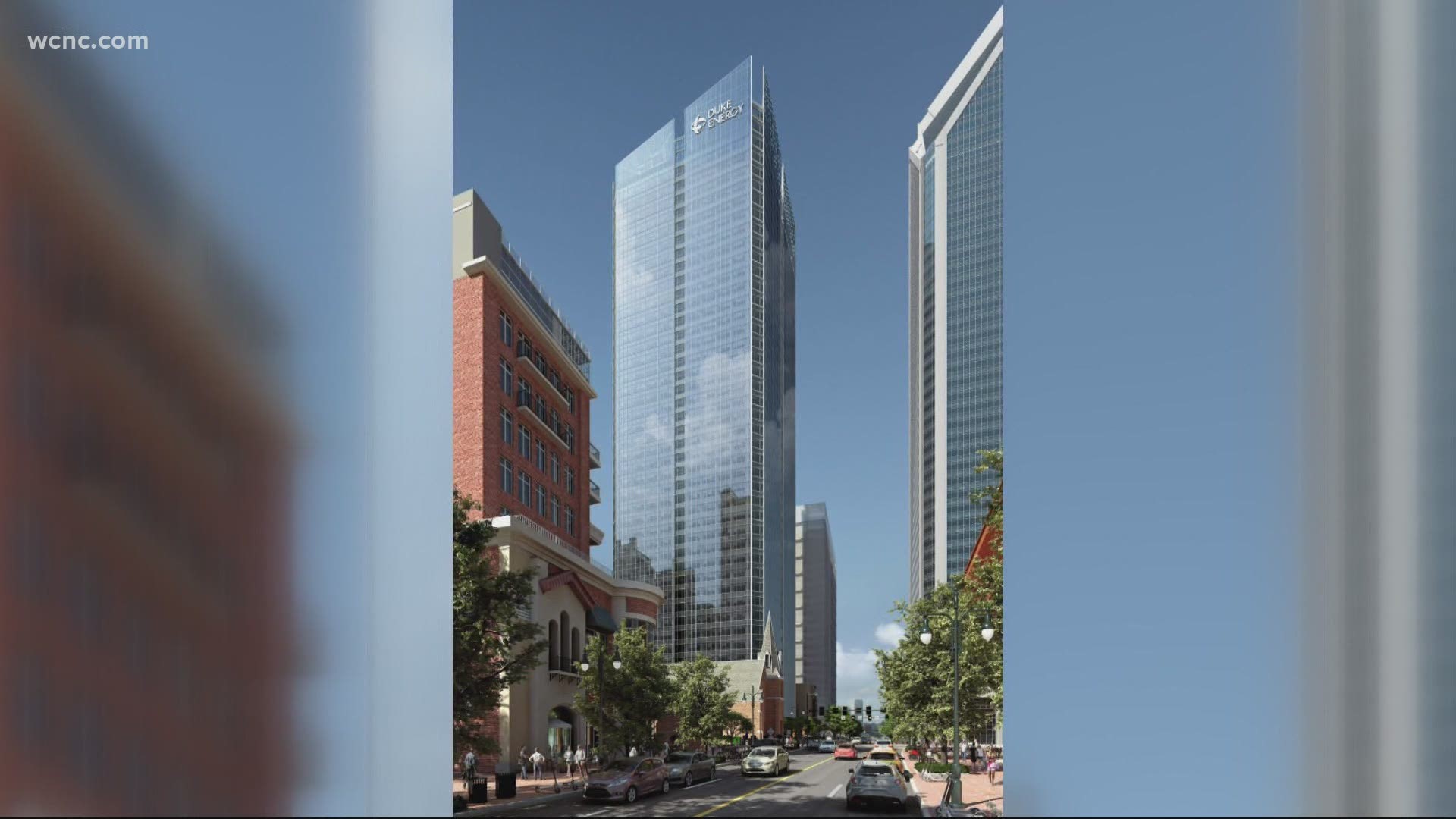 CHARLOTTE, N.C. — It could be a sign of things to come -- Duke Energy announced they need less than half the real estate they currently use for all of their employees, as many employees transition to working remotely.

The move will ultimately save customers money but could signal a challenge to commercial real estate in Uptown Charlotte.

"Because we're transitioning to a more hybrid work environment, we really didn’t need as much real estate as we occupy," company spokesman Neil Nissan said.

The Duke Energy Plaza -- currently under construction in Uptown and set to be ready for workers in 2023 -- will eventually house all 6,000 of their Charlotte workers, even though there's only space for 4,400.

"We've learned a lot of lessons from the pandemic; our employees can have a hybrid work environment and still get jobs done," Nissan said. "This will also save costs we expect $85-90 million in savings and that benefits our customers."

Once the new tower is complete, they’ll be leaving the leased space at the Wells Fargo center and selling off their Church Street and College Street facilities.

"The idea of someone having a permanent desk is not something we're gonna have in the future -- apps and new technologies where you can reserve space," Nissan said.

Sealed Air told us the same thing just last week as they test out a pilot program at their global headquarters in Charlotte where people reserve a workspace. They expect 800 of their 900 Charlotte-based employees to also split time between home and the office.

Susan Edwards is the Vice President of Human Resources at Sealed Air.

“People will be productive they want to contribute and actually this facilitates that in a very positive way," Edwards said.

Talent recruiters said this is something most big employers are now considering.

"I think it's definitely a shift," Barbie Barta said.

A recent study offered people the decision between a $30,000 raise or the option to work from home – 64% said they’d rather work from home.