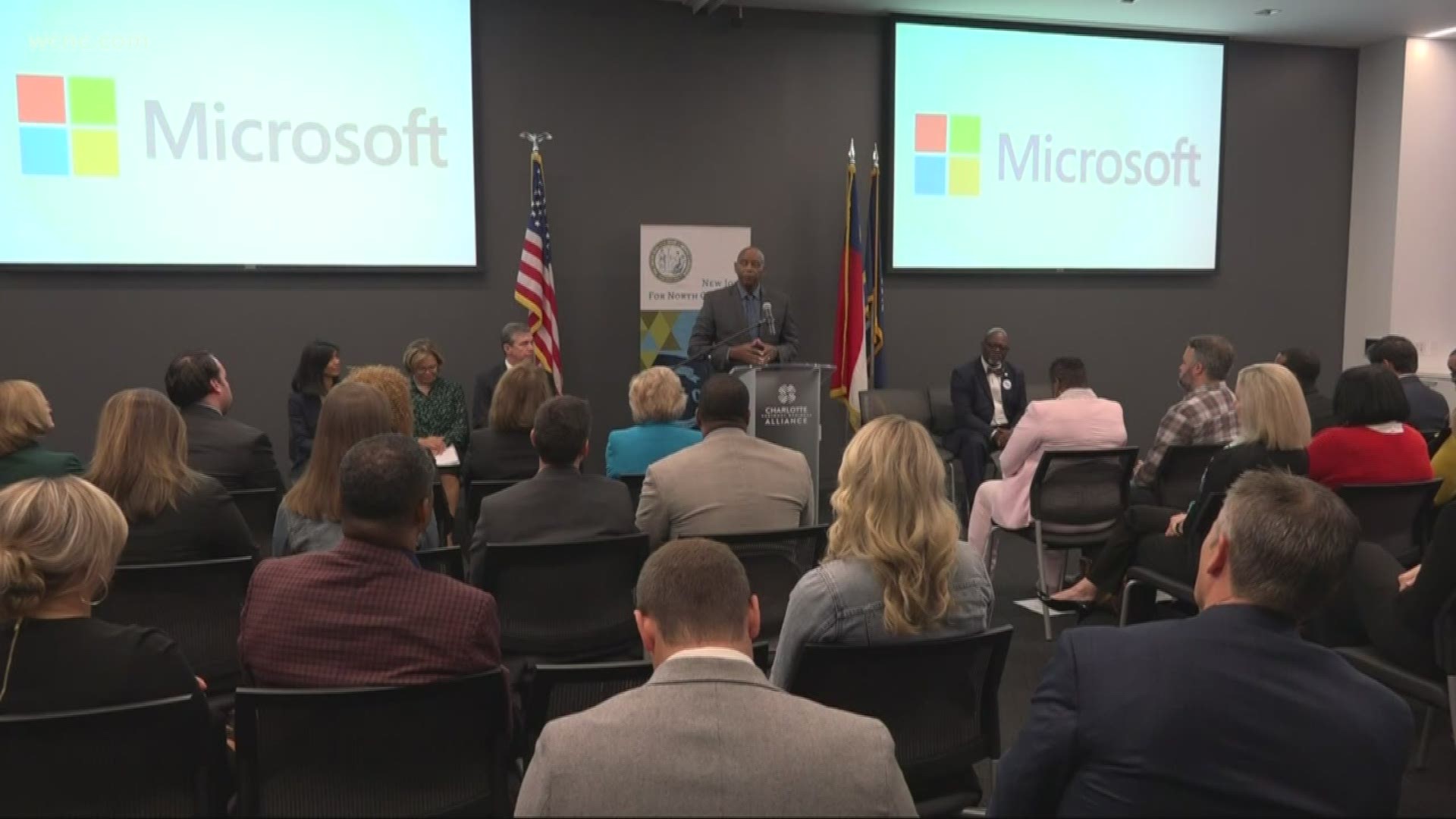 Microsoft will spend an estimated $23 million to expand its campus, the governor said. The campus is along West Arrowood Road in south Charlotte.

Although wages will vary depending on the position, the average for all new positions could reach up to $98,711, according to the governor's office. The current average annual wage in Mecklenburg County is $66,709.

"We are here to announce another major economic development effort for the Charlotte region. And may I say, it doesn't get old," Cooper said.

Microsoft’s project in North Carolina will be facilitated, in part, by a Job Development Investment Grant (JDIG) approved by the state’s Economic Investment Committee earlier Friday. Over the course of the 12-year term of this grant, the state estimates the project will grow the state’s economy by nearly $1.9 billion.

"This investment underscores our continued commitment to enhancing the quality of life, and creating economic opportunity, for the entire region," Microsoft Charlotte campus director Reggie Isaac said at Friday's event.

Under the grant, the company is eligible for up to $7,910,250 in reimbursements after job creation benchmarks are met.

At that event, the governor said an educated workforce has become a growing concern to CEOs looking to invest in the region.

Friday's announcement follows other economic development projects in Charlotte, including the September announcement of a thousand new jobs at Better.com, a financial tech company expected to arrive by the end of 2019.

Across the country, the U.S. economy added a modest 136,000 jobs in September, a gain that managed to help lower the unemployment rate to a new give-decade low of 3.5%.

Excluding government, business hiring across the country in the past three months has slowed to an average of 119,000 a month, the weakest showing in seven years.

And despite ultra-low unemployment, average hourly wages dipped by a penny, the U.S. Labor Department said. Hourly pay rose just 2.9% from a year earlier, below the 3.4% year-over-year gain at the start of the year.

Other parts of the U.S. economy are still holding up well. Home sales, for example, have rebounded as mortgage rates have fallen, helped in part by the Fed's two interest rate cuts this year. Sales of existing homes reached their highest level in nearly 18 months in August. And new home sales soared.

Americans are also buying cars at a still-healthy pace. Consumers would typically be reluctant to make such major purchases if they were fearful of a downturn.