Americans owe an estimated $57 billion in back rent. With federal protections about to expire, millions could soon be evicted. 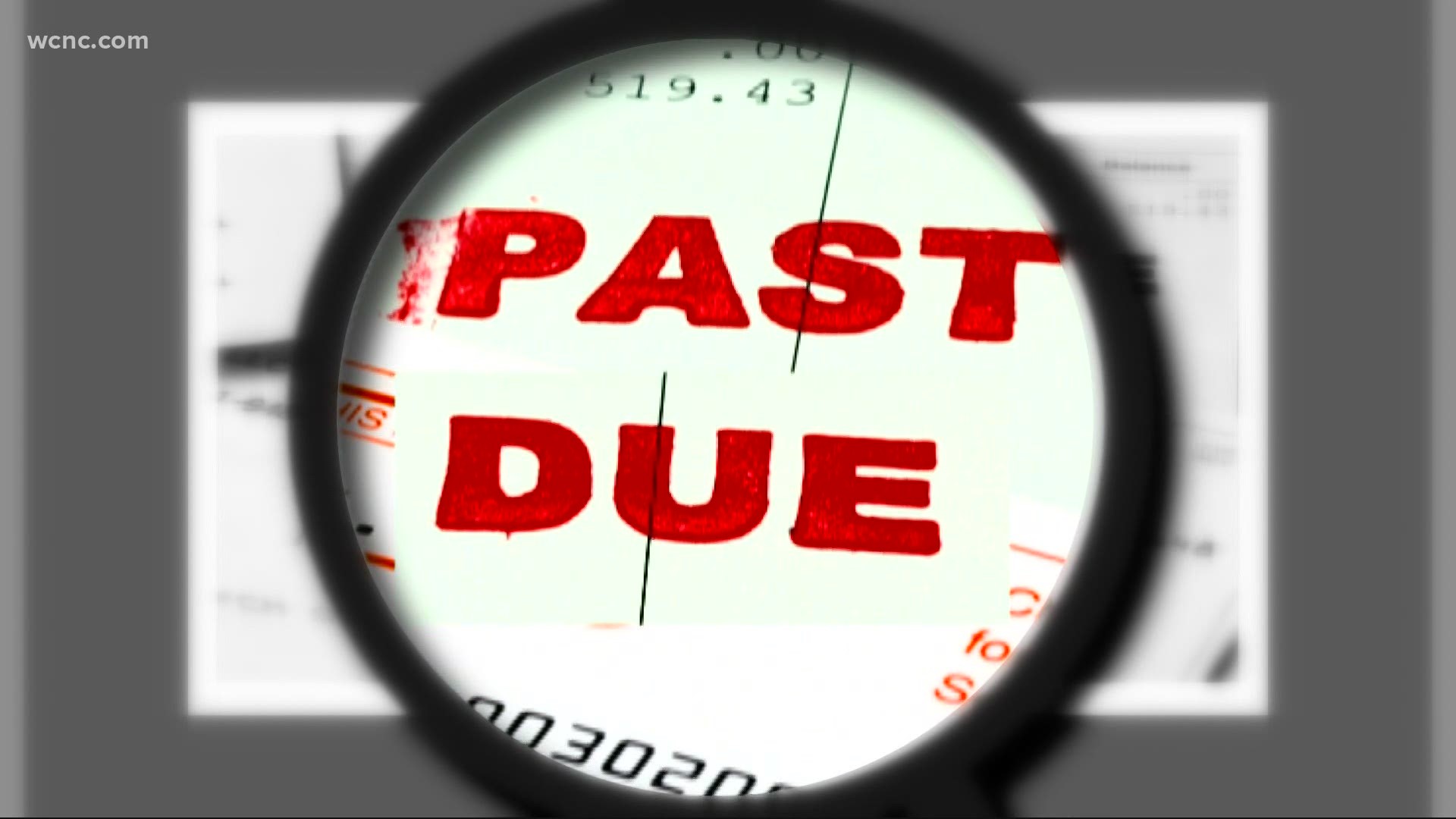 CHARLOTTE, N.C. — Millions of renters could soon be at risk of eviction.

The moratorium banning evictions is set to expire at the end of March, and Americans owe an estimated $57 billion in back rent.

President Biden extended protections for homeowners, like mortgage forbearance, but did not extend the CDC's protections for renters. That means it’s time for millions to pay up, and so many simply can’t.

“We don't have any help you know, we just feel like we're lost in the world," Natasha Pendergrass told WCNC Charlotte's Savannah Levins.

Pendergrass contacted the WCNC Defenders team when she and her fiancé's unemployment checks inexplicably stopped.

She said the bills were piling up, leaving them teetering on the edge of homelessness.

“Debt collectors were calling every day," Pendergrass said. "The power bill, I had already got the cancellation, they were fixing to come cut that off. We didn't even have like any food in the house.”

The WCNC Defenders were able to help get her case resolved.

“Oh, my God, it was such a relief," Pendergrass said. "I honestly couldn't believe that it had came through because I had spoke to you… and by the very next day, we had already got paid. It just showed me how big of a voice that I really didn't have.”

But still so many, like Camilla Harvey, say they're stuck in a hole.

“Just a couple of days ago, my power was turned off," Harvey said. "I don't want to be homeless."

It’s a valid and imminent fear for so many.

An eviction moratorium put in place by the CDC in September has protected renters from being evicted, but they’re still on the hook to pay.

According to Moody's analytics data, the average renter protected under this order is four months behind on rent, owing at least $5,600.

“Maybe their finances have rebounded…but they still have these past payments hanging over their head," Chris Winston, spokesman for SC Housing, said.

But SC Stay has since stopped taking applications due to overwhelming demand.

The same happened with North Carolina’s hope program, which twice had to close its application portal due to the massive number of requests.

Leaving many with, quite literally, no hope at all.

Housing advocates predict at least 400,000 renters in North and South Carolina will be evicted when the eviction moratorium expires on March 31.

And a growing number of landlords are going into foreclosure, unable able to pay their own bills.

“It's really impacting small landlords who cannot pay their mortgages," Josh Clelan, a realtor with Coldwell Bank, said. "I know several landlords are putting their houses on the market due to tenants that are not paying rent.”

An estimated 10 million homeowners are currently behind on mortgage payments.

But neither forbearance nor the moratorium erases what you owe, they just delay the inevitable.

Leaving many in a vicious cycle of growing debt, asking “where’s the money?”

“Y'all really had a voice, you know, with helping people in North Carolina," Pendergrass said. "I really appreciate it because I don't know what I would have done without you guys."

The City of Charlotte's emergency mortgage assistance program is meant to help homeowners avoid foreclosure and keep their electricity and water on during the pandemic. They recently told WCNC Charlotte that more than 90% of the funding is still available.

On Thursday, The U.S. Department of Treasury awarded Cabarrus County more than $6.5 million to help local households that are unable to pay rent and utilities due to the COVID-19 pandemic.

For eligible households, the county can pay overdue rent and utilities (electricity, gas, water and sewer, trash removal, and energy costs) that are not covered within rent dating back to March 13, 2020, and through the remainder of the year or until funding runs out.

Residents can apply online at erap.cabarruscounty.us.