Data shows Mecklenburg County has the greatest number of households behind on rent in North Carolina. Landlords say they're also hurting. 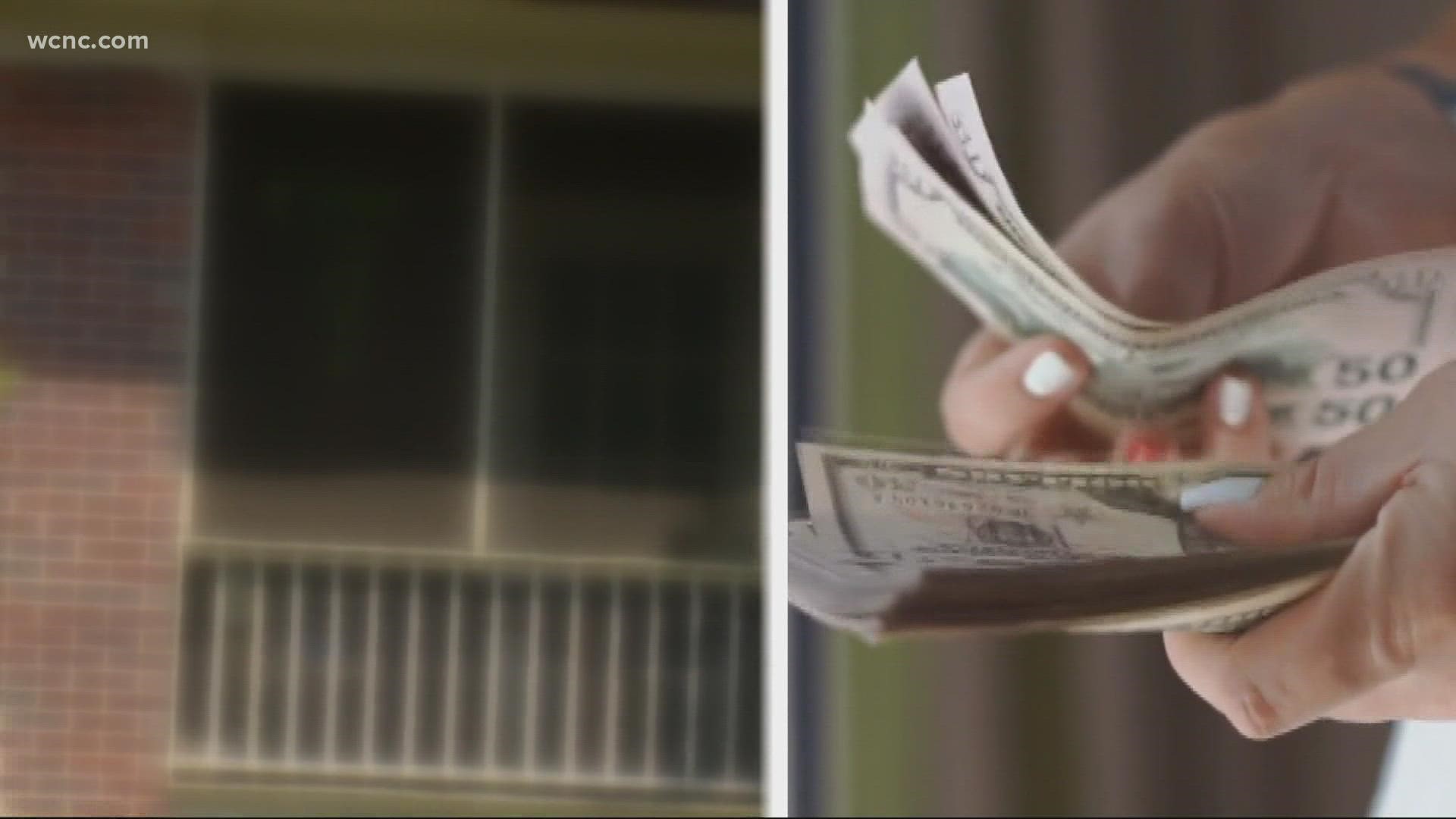 CHARLOTTE, N.C. — The federal ban on evictions imposed by the CDC ended over the weekend. According to the National Equity Atlas, more than 28,000 households in Mecklenburg County are behind on rent, making them vulnerable to evictions.

Landlords say renters are not the only ones hurting. Data shows Mecklenburg County, North Carolina’s largest county by population, also has the greatest number of households behind on rent. Across the state, it’s estimated that renters owe almost $600 million, according to the National Equity Atlas.

By noon on Monday, paperwork for 28 evictions had been filed at the Mecklenburg County Courthouse. Some landlords say they’re owed as much as $10,000.

Landlord George Zalecki told WCNC Charlotte he hasn’t received payment on his rental property in more than three months and past attempts to work something out with the renter failed.

“I don’t want to throw anybody out,” Zalecki said. “If I can work with you, I will. But the situation I’m in now, a lot of times they make no effort – and that’s kind of where I’m at right now.”

Zalecki said he rents out nine units in the Charlotte area. It’s a business he spent decades building, and post-retirement, he depends on it for his livelihood.

“There are a lot of landlords like myself who only own a few properties, just trying to get ahead a little in the world,” Zalecki said. “I don’t have a retirement plan, so that’s basically my retirement plan.”

Zalecki said even after evictions go through and the tenant moves out, it’s rare for landlords to get the money they’re owed.  He says over the years, debts he’s owed have grown to $30,000, and he doesn’t expect to get that money back.

“Even though you’re evicting somebody, nine out of 10 times you’re not getting that money back,” Zalecki said. “Unless that person is really concerned about their credit rating.”

Another concern for Zalecki is a backed-up court system. Though he filed his notice today, he doesn’t expect his tenant to have to leave the property for another few months.

“Most landlords have a mortgage they’ve got to pay,” he said.

The ban being lifted means that evictions can start moving through the court system, but people have been able to file evictions all year -- and WCNC learned there are thousands of cases waiting to be processed.