So many residents have told us, they can't afford to live here anymore. Homes are selling quickly as prices rise and leaders are spending millions to help. 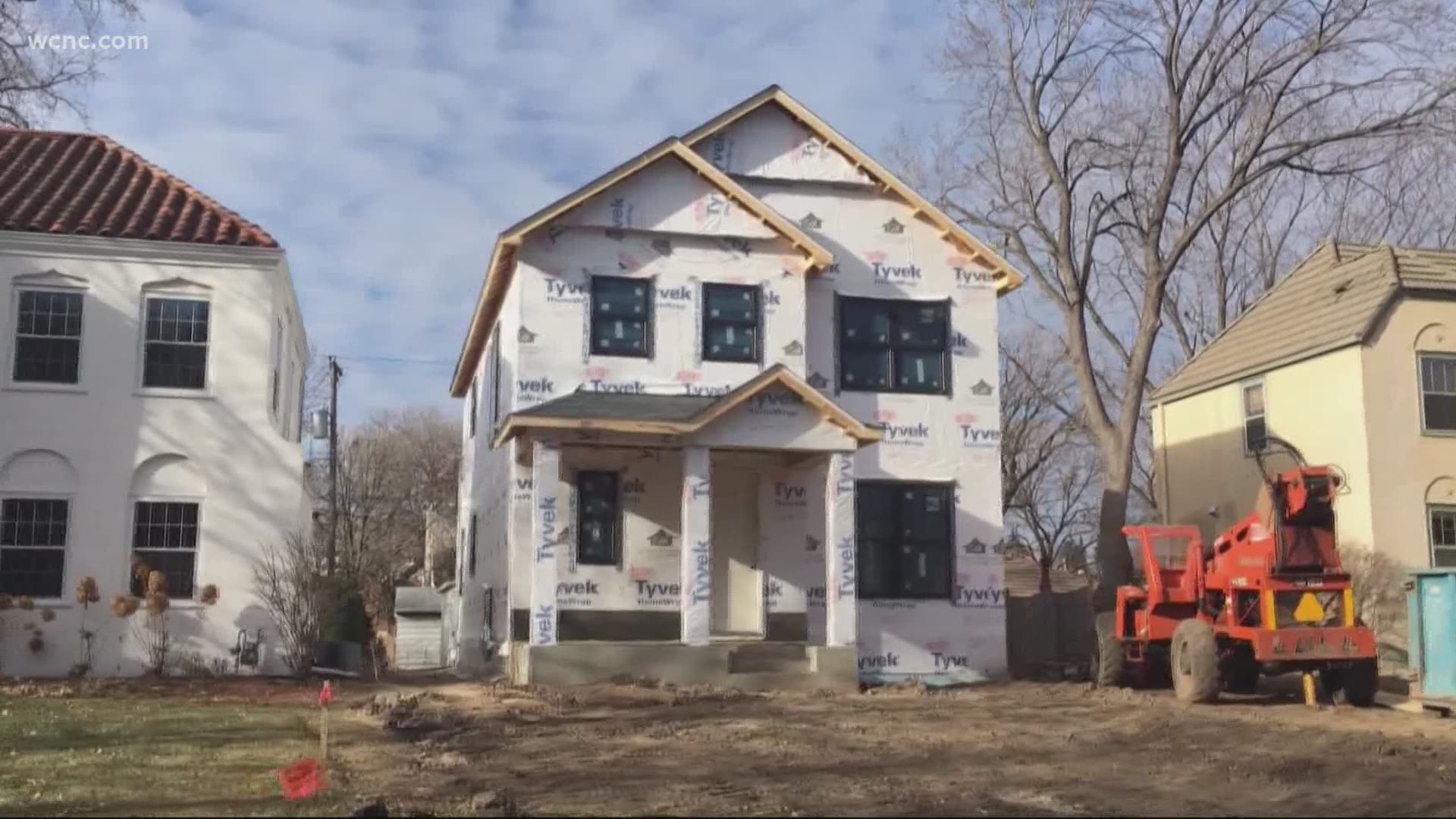 CHARLOTTE, N.C. — Pick a neighborhood in Mecklenburg county and odds are you'll see a for sale sign or several. But don't blink, or you'll miss the bidding war before it's sold in days or hours.

The housing market is booming through this pandemic, according to Mecklenburg County officials, who briefed county commissioners about the local market during their annual retreat on Wednesday.

It's a seller's market, with 99.2% of them getting their asking price or more within 23 days of being on the market, according to county data.

We are the 40th largest county in the country.

Over the next 30 years, some 600,000 people are expected to move here, according to a county estimate, with a majority of those moving towards the state-line.

A driving force in the seller's market is the number of millennials taking advantage of record-low mortgage rates.

A growing number of 20 to 25-year-olds are now moving from apartments to homes, according to Simmons.

But with home prices up nearly 10% over the last year, it means fewer people can afford them in a community that already faces an affordable housing crisis.

"One thing we hear over and over again is, I can't afford to live here," resident Michael Davis said.

The only problem is, in 2019, only 7% of homes in Mecklenburg County sold for that amount or less.

"This need was present yesterday. It's going to be present today and tomorrow and will likely worsen," Courtney Lacaria, an employee with Mecklenburg County's community support services said when we spoke with her last year.

The county has invested $14 million to help with affordable housing, lending, shelters, and more and there will likely be more money going towards the problem in the fiscal year 2022 budget.

Apartments are pricey, too. On average, it will cost you $1,500 per month for a two-bedroom apartment in Mecklenburg County, according to Simmons' presentation. That's down about 3.2% from 2019.

It's clear the community wants better affordable housing, too. In the results of a county-wide survey, constituents asked leaders to set a priority on affordable housing solutions. It was the second-most popular priority, just behind education.