In April, the unemployment rate soared to 14.7%, minority groups were hit the hardest with 19% of Hispanic workers and almost 17% of black workers unemployed. 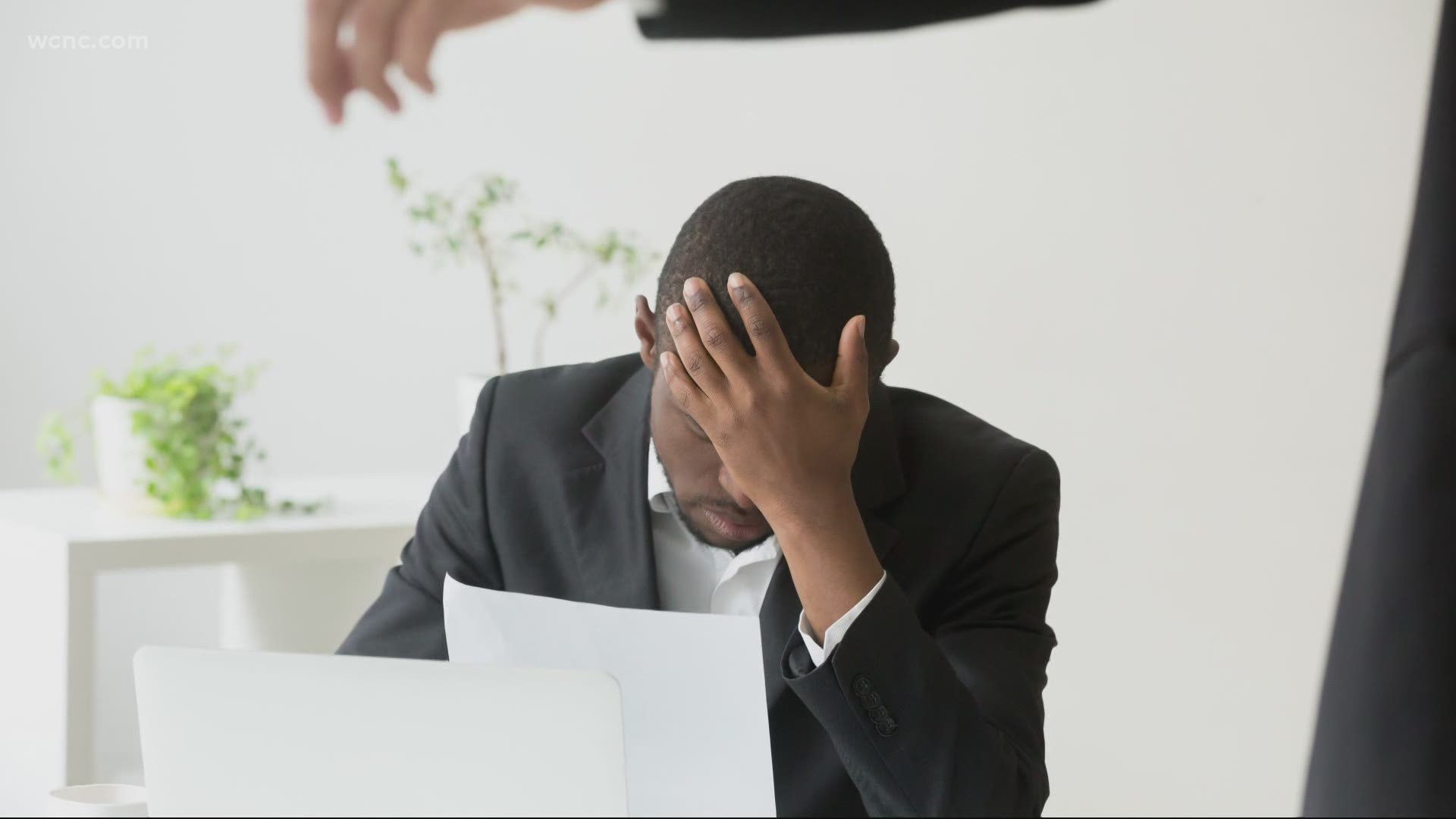 ROCK HILL, S.C. — COVID-19 is hitting minorities the hardest, African-Americans have been infected by the virus at a disproportionately higher rate than other races.

Now, the latest jobs crisis, shows minorities are also carrying the biggest financial burden. Robin Blake is one of them.

Blake is just getting back on her feet after paying out thousands of dollars to bury her mother.

Last month, she was laid off from her job at a Rock Hill nursing home and is back at square one, trying to find stability in an economy wrecked by the coronavirus.

"We're rolling into another month and there's still no money,” said Blake.

She hasn't had luck getting unemployment benefits and her $1,200 stimulus check barely covered a month worth of bills.

"We’re down to the wire where it’s like do I pay my bills or do I pay my food?” a frustrated Blake told WCNC Charlotte’s Billie Jean Shaw. “Some of us were already one pay check away from having anything. I was one of those people."

A close look at the nation's wealth gap explains why.

Annually, on average, black families make just over $17,000  that's compared to white families who bring home 10 times more than that. James Johnson, a distinguished professor with  UNC Chapel Hill’s Kenyan-Flagler Business School says the issue is a part of the nation’s history.

"In large measure it's rooted in a historical legacy of discrimination in housing, employment and education,” said Johnson.

Johnson says this legacy of discrimination is one of the driving forces behind the country's current historic jobs crisis. In April, the unemployment rate soared to 14.7%, minority groups were hit the hardest with 19% of Hispanic workers and almost 17% of black workers unemployed, even though minorities are more likely to be essential workers.

"Those who still have jobs on the front line, they are experiencing what we call role conflict or role strain,” said Johnson. “I need a job but I'm also worried about potential exposure to the virus."

"You want to be able to help people but is it worth it if you're already struggling,” said Blake.

As the Carolinas restarts its economy, Blake worries how she'll make ends meet while playing catch up with bills.

"What's going to happen when everything opens up and you still don't have a job and these people want their money?” She  hopes to get her job back, but the reality is harsh considering the crippling economy.

"Some of those jobs will not return,” said Johnson.