While most Paycheck Protection Program recipients did not identify their race, federal records show, in the Carolinas, only 64 of those who did are Black. 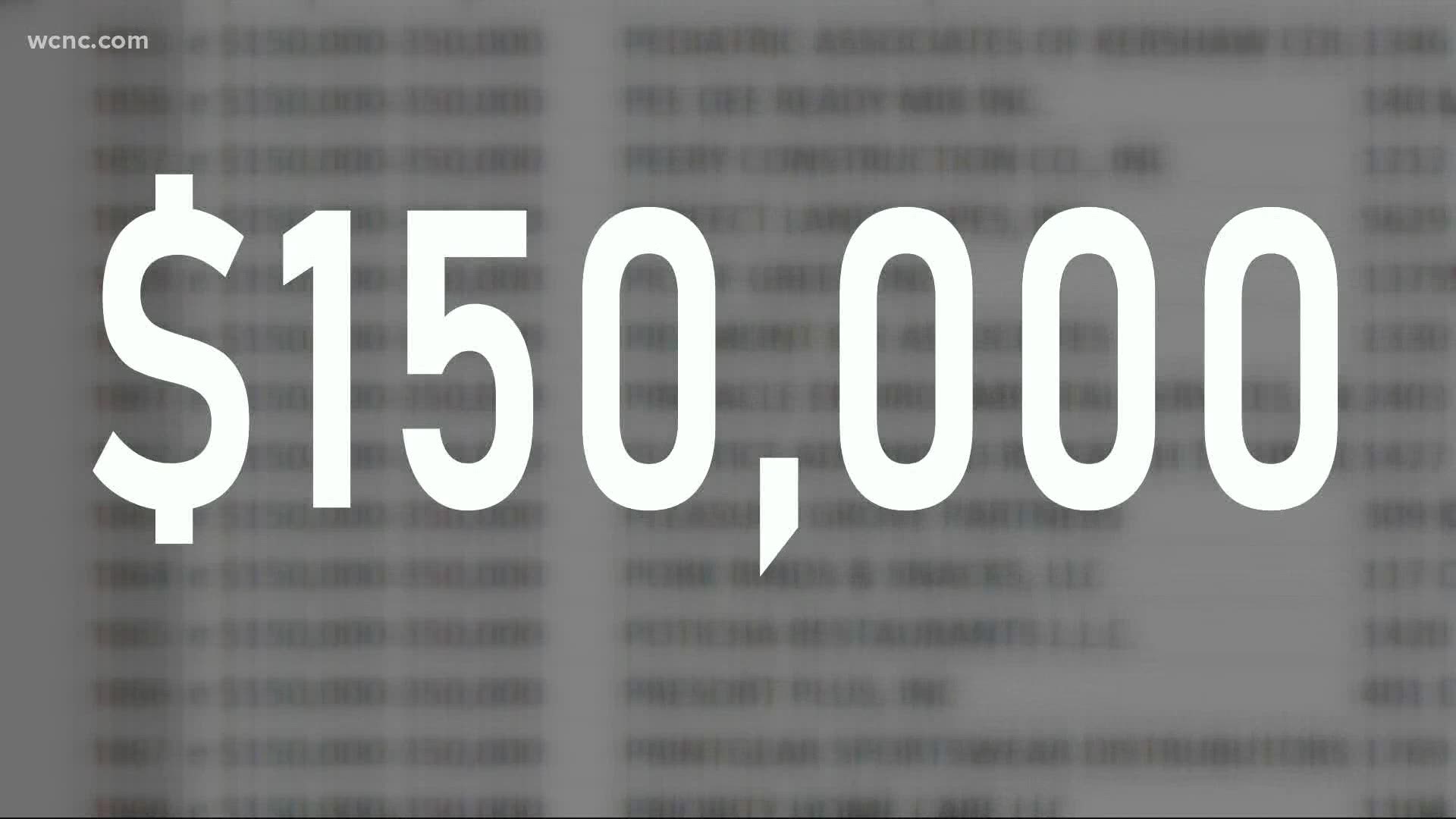 Of the 2,026 small business owners and non-profits in the Carolinas who identified their race in their PPP applications, only 64 of them are Black, while 1,791 are white, according to federal data.

The data, collected by the U.S. Department of the Treasury and Small Business Administration, reveal most PPP recipients did not identify a race, which makes it difficult to identify the full scope of disparities.

THREAD: @SBAgov @USTreasury #PaycheckProtectionProgram data show most small business owners/non-profits that received #PPP loans of $150,000 or more did not provide their race/ethnicity, but of those who did, only 1.9% identified as Black or African American. #Defenders

For example, we found a handful of businesses and non-profits on Beatties Ford Road that received larger loans that didn't specify a race. In addition, records show Johnson C. Smith University, a historically Black college, received a PPP loan of $5 to $10 million.

Coretta Livingston is one of those business owners. She owns Venue At 1801, an event space in Charlotte's Historic West End. Struggling with the loss of business and debt due to COVID-19, she applied for a PPP loan. Initially denied for a government loan without any explanation, Livingston said her event business recently received approval, but unfortunately, she's still waiting for the $16,000 to arrive.

"I need that money and I need it now," she said. "I needed it yesterday. As soon as I can put it in my hands, I'll be the happiest young lady probably in Charlotte."

Livingston, who lost her full-time job in April, said she only knows six other Black-owned businesses that received PPP loans.

"It's almost like the big companies, they didn't have to wait," she said. "They got their money, they started spending it immediately and making more money. People like me, we're still waiting."

"It definitely took a lot of pressure off of me initially," she said.

Mack said the PPP disparities are indicative of our country's failure to prioritize Black-owned businesses. She said investing money in Black communities is critical to ensuring equity.

"That's how you create change. Your words mean nothing, they're empty, if there's no action behind the words," Mack said. "Are we invisible? Does our pain not feel like pain to some folks? When we cry, do you not see our tears? This is a serious problem and it's not just in Charlotte."

RELATED: Here's why the summer heat hasn't stopped COVID-19, according to the experts