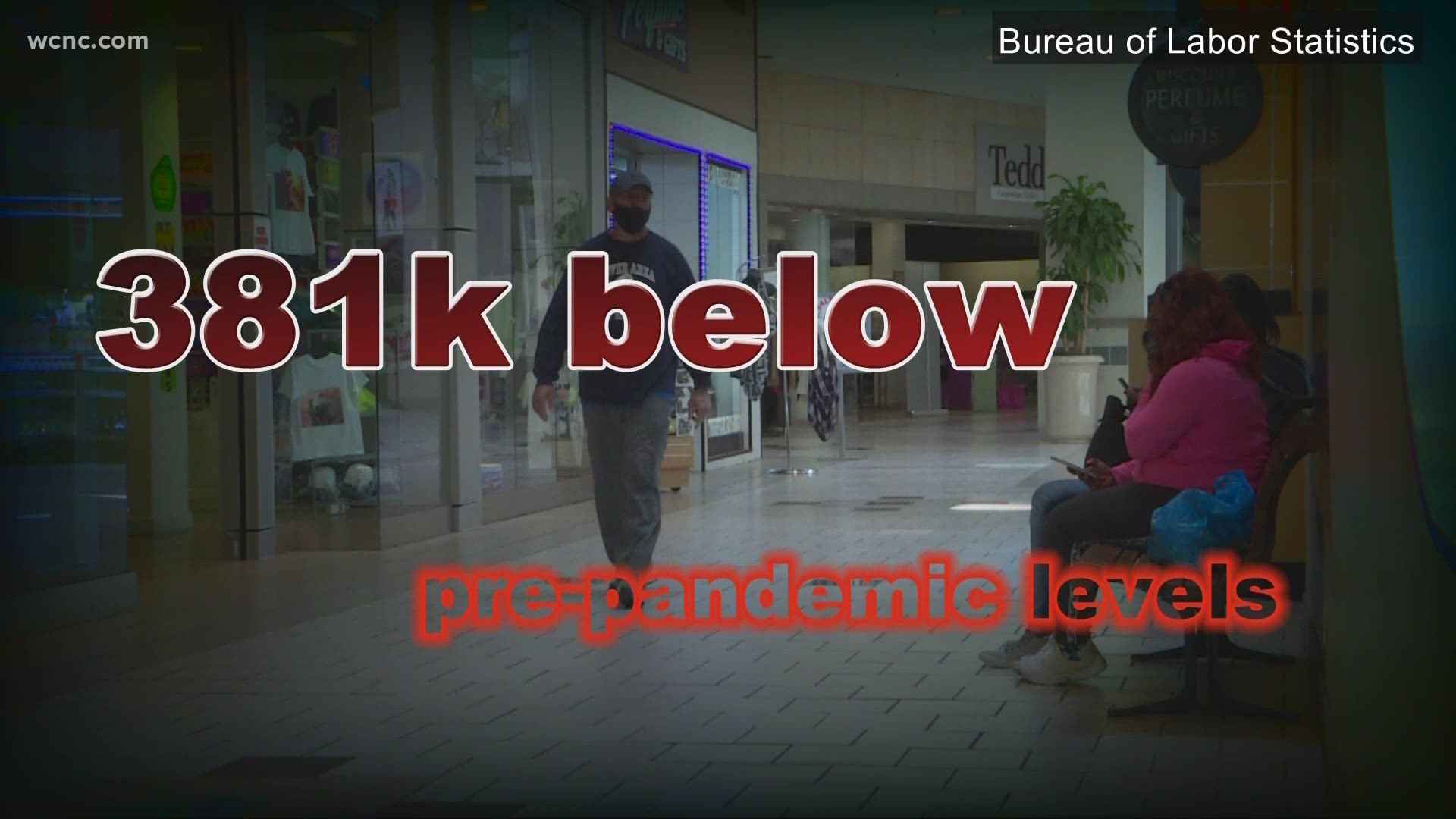 GASTONIA, N.C. — As retailers prepare for record sales with more areas of the economy reopening, some Charlotte metro retail managers are having difficulty filling job openings.

Robert Kellogg is a retail manager in Charlotte and also a Gastonia city councilmember.

His store is one of several outlets trying to fill entry-level positions.

"Really the last two or three months have been the toughest," Kellogg said. "First, there's a flood of help wanted within the retail/customer service industry, but there's not many applications coming back."

He said once he finds people to interview, he has a tough time getting them through the door.

"I can honestly tell you three-quarters of the people do not show up," Kellogg said.

According to federal numbers, the majority of the job additions came from clothing and clothing accessory stores along with cars and auto parts dealers, -- but the industry is still 381,000 jobs below pre-pandemic levels.

Kellogg said part of his challenge is the retail jobs he's hiring for have entry-level wages.

While a competitive jobs market could raise wages in the long run, Kellogg believes it will mean more duties for managers and employees in the short term.

"They will have to pick up the slack and do the work until we get our stores fully hired," Kellogg said.

The National Retail Federation predicts 2021 retail sales could grow between 6.5 percent and 8.2 percent, which would break the current record of 6.6 percent, which was set last year.