Celebration of life held in Mooresville for fallen K-9 officer

A public funeral service will be held at 11 a.m. Friday at 11 a.m. at Calvary Church, 5801 Pineville-Matthews Road, in Charlotte. 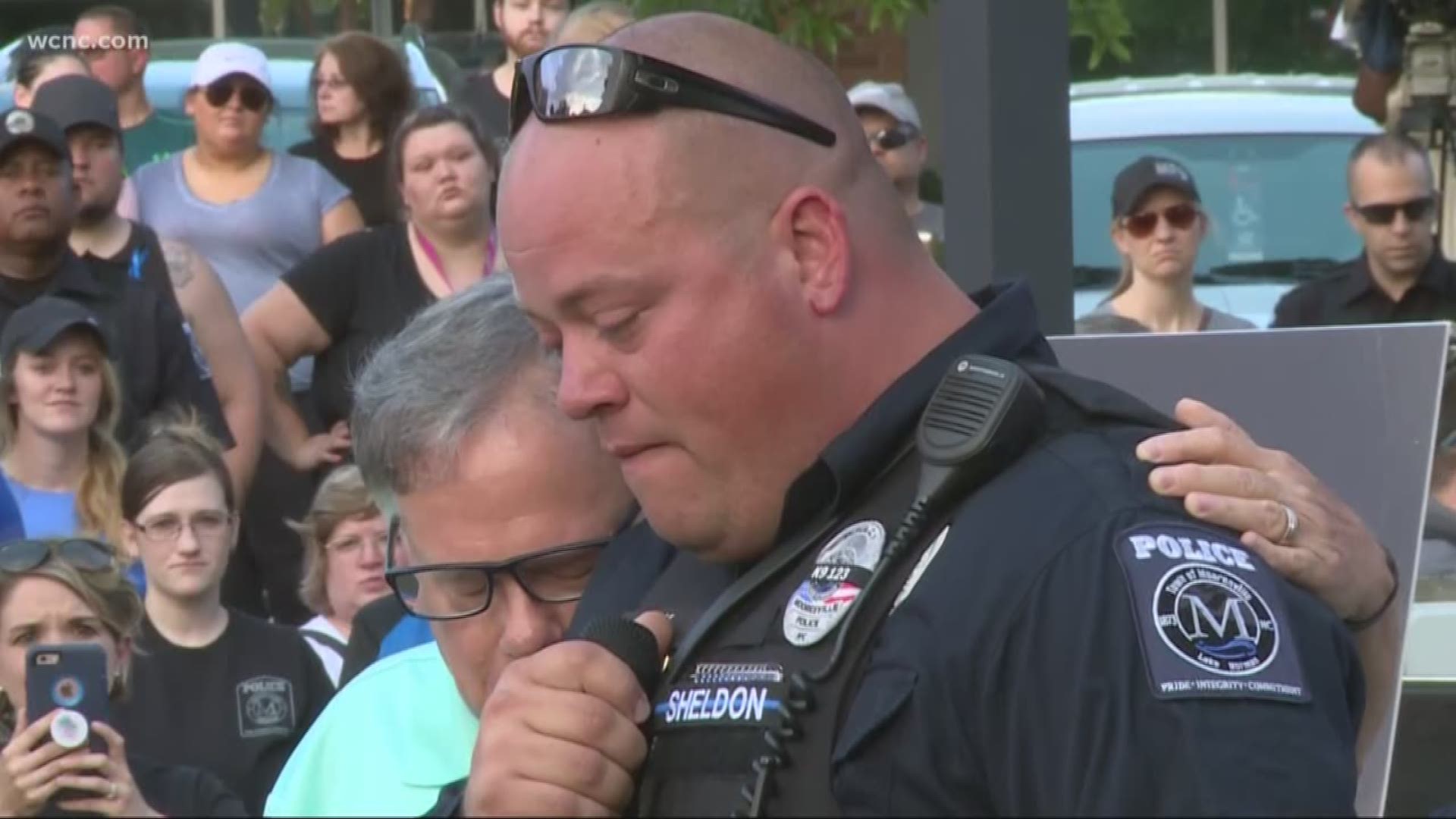 MOORESVILLE, N.C. — A celebration of life was held Wednesday in honor of the K-9 officer who was gunned down during a traffic stop over the weekend. It was an emotional night, as thousands gathered in downtown Mooresville to remember and honor the life of Officer Jordan Sheldon

His father among those who addressed the massive crowd.

“I had the opportunity to serve with a man who had a golden heart and soul of a warrior," one attendee said. “There’s no other better cop than Sheldon I promise you that. The man was scared of nothing.”

Jordan's father mustered that same strength to thank the crowd, as well as the individuals who tried to save his son.

Officer Sheldon, 32, had been with the department for six years. Police said the suspect took his own life after the shooting.

The memorial was at Town Hall Lawn, 413 North Main Street, until 8 p.m.

A public funeral service will be held at 11 a.m. Friday at 11 a.m. at Calvary Church, 5801 Pineville-Matthews Road, in Charlotte.

"Due to the overwhelming response from our supportive community and law enforcement agencies around the country, the original plans for a procession from the Hartsell Funeral Home have been changed to a limited escort for the family only," Mooresville Police posted on Facebook.

The procession is expected to be huge. Mooresville Graded School District (MGSD) said because of traffic and busing issues, the high school and middle school will dismiss early at 11 a.m. Friday The elementary and intermediate schools will let out at noon.

"We have been in contact with Iredell County Emergency Services, and they indicate that the processional will be made up of 2200 to 2500 emergency vehicles from across the country and be approximately 15 miles long," MGSD posted on Facebook.

Officer Sheldon's body was escorted from the medical examiner's office in Charlotte to Hartsell Funeral Home in Concord on Tuesday afternoon. 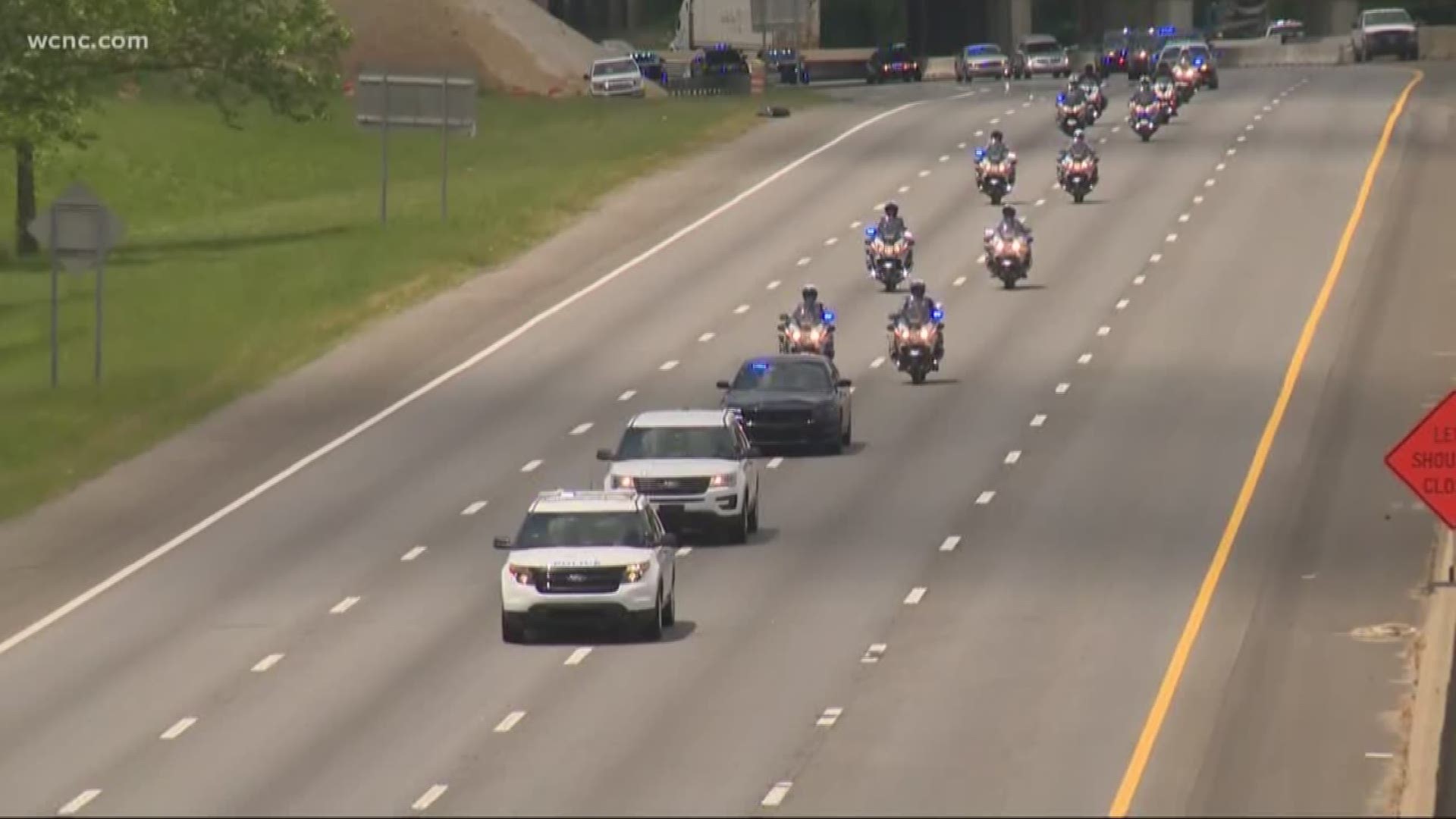 A GoFundMe campaign has been set up in Officer Sheldon's memory.

The early years of Officer Sheldon

Sheldon was born in Charlotte and attended Bethel Elementary School, J.N. Fries Middle School and graduated from Central Cabarrus High School.  He attended the University of North Carolina at Charlotte where he earned a degree in criminal justice.

According to the GoFundMe,Sheldon "was happy, kind, thoughtful, objective, charismatic, and easy going."  His nick name was “Officer Smiley” and “Shelly.” "He was loved by everyone who knew him and always saw the best in everyone."