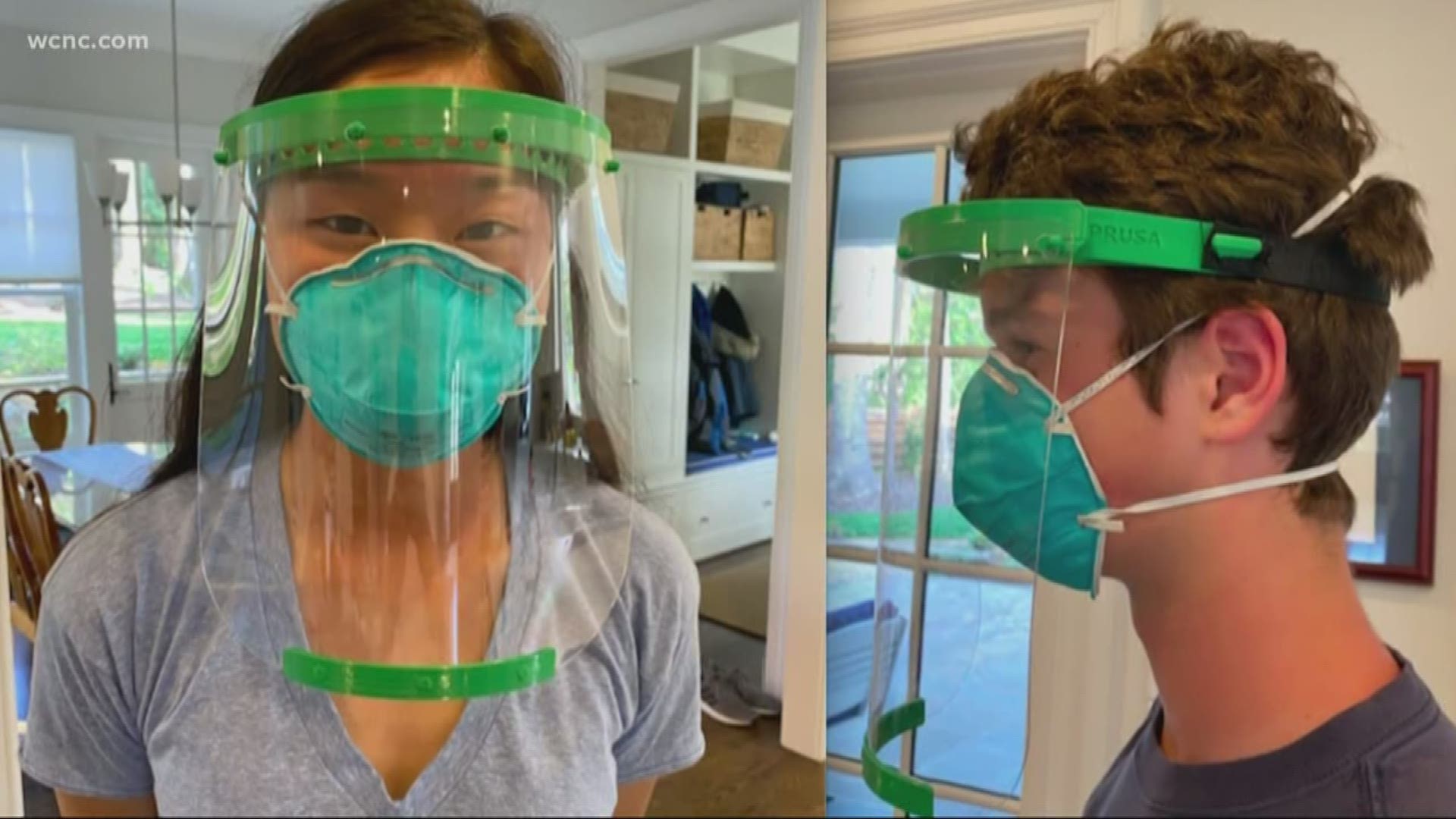 CHARLOTTE, N.C. — Charlotte high school students are helping get much needed protective gear to healthcare workers. The idea started simply after the daughter of two Charlotte doctors wanted to protect her parents.

Charlotte Latin student Katie Chai has been taking engineering classes and learning about 3D printing since the 7th grade, but two weeks ago a conversation with her parents — both Charlotte doctors working in area hospitals — prompted an idea.

"A lot of stuff they were saying kind of scared me," Chai said. "They were talking about probably working without medical supplies since the hospitals are all lacking and that really scared me and that helped develop the project."

She and her classmates at Charlotte Latin are now using 3D printers to help make shields for healthcare workers. They've teamed up with students at Providence Day School as well.

Todd Johnson teaches the engineering classes at Providence Day and showed WCNC what a completed mask looks like.

“This is what the design looks like — what's really cool is the white piece is what we're printing at the school right now," he said. "The face shield came from Charlotte Latin.”

Johnson says this is one of the most rewarding things he's ever done with his students.

“It's been pretty remarkable to see their reactions to it for them to actually see the real-life application of it," Johnson said. "Them being able to see that real-time has been really awesome.”

The schools are working on mass production with a local facility where they're hoping to produce 2,000 face shields a day.

“I think it’s really cool, one of these rare opportunities see the prototyping come to action and actually affect your community," Chai, a high school junior, said. "Something not many high school students get to experience.”

Volunteers are assembling them and distributing -- some have already made it to Charlotte-area hospitals, more are on the way.