A new non-profit called the Homeowners Impact Fund has come up with a simple way to raise a ton of money to help people who have no place to call “home.” 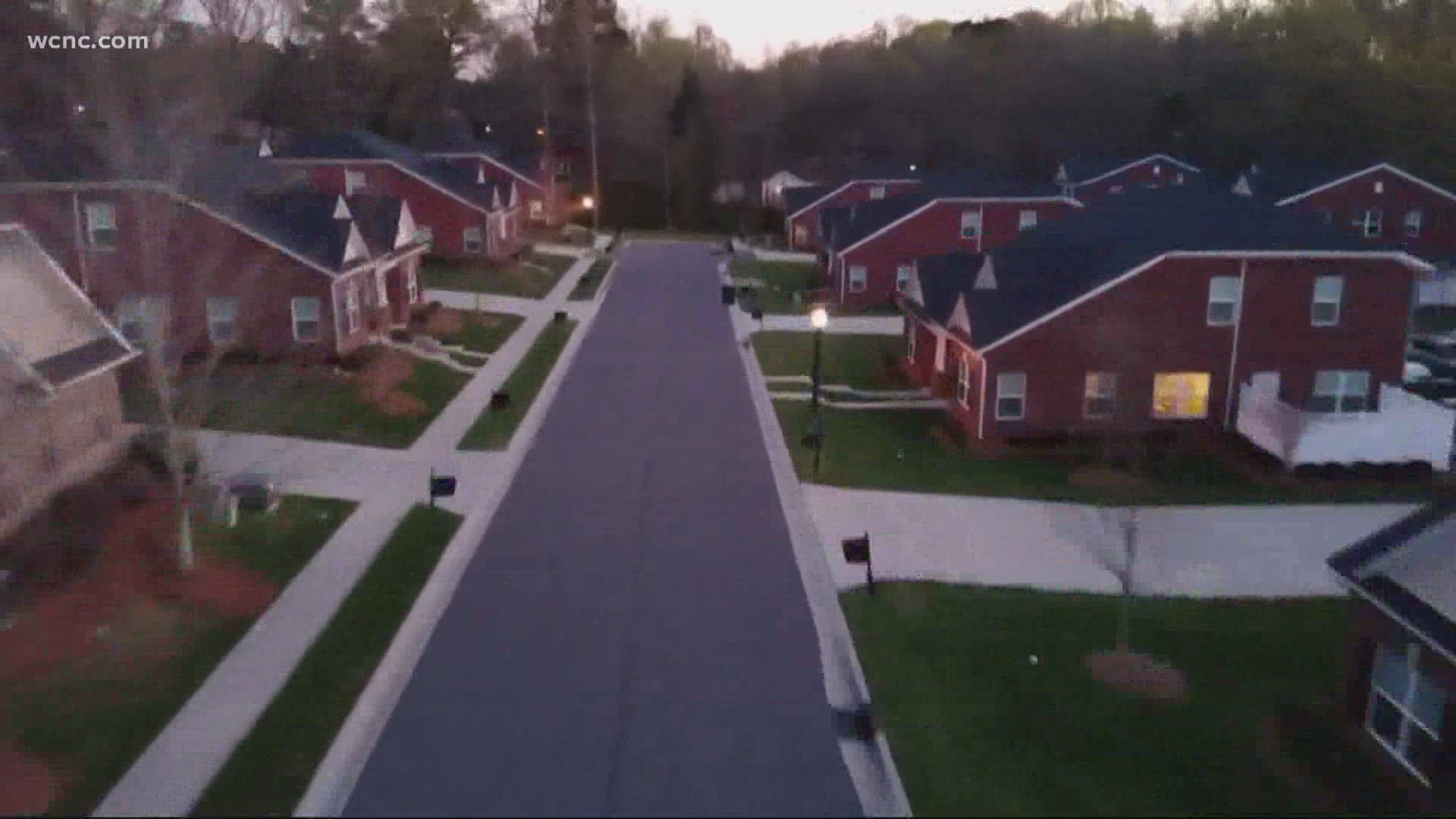 CHARLOTTE, N.C. — The Charlotte housing market is booming, while at the same time people in the Charlotte community who are homeless are facing tougher times than ever before.

A new non-profit called the Homeowners Impact Fund has come up with a simple way to raise a ton of money to help people who have no place to call “home.”

The idea is so simple, and it's already working. If everyone gets on board, it could add up to millions of dollars every year in Charlotte alone.

"You're celebrating purchasing a new home — and everybody that's involved in the purchase of a new home will participate in the celebration — to give back to the homeless," Vicky Mitchener said.

Mitchener runs one of the biggest real estate firms in Charlotte.

She came up with what’s called the Homeowners Impact Fund, asking the buyer, seller, realtors, mortgage brokers — everyone involved — in a home sale to donate just $10.

That amounts to at least $4 million a year in Charlotte alone.

"If we all that are doing so well making money off the housing industry would give $10, we could really make an impact," Mitchener said.

The housing industry in Charlotte is beyond booming.

Wells Fargo mortgage banker Shannon Rodden said she needed to be a part of this — she’s been recruiting others in the industry and said no one has turned her down.

"It's tough when I look around the world and see so many people are without a job and without a home," Rodden said. "I feel very called to do something and this is my something."

Roof Above is the leading agency working with homeless people in Charlotte and the executive director said this new Homeowners Impact Fund will literally change lives.

"I love this for its sustainability but I also love the message, as we have housing, we recognize our brothers and sisters don’t all have housing and we want to do something about it," Roof Above Executive Director Liz Clasen-Kelly said.

They’ve already raised almost $30,000 since launching in July. Of that, $15,000 is going to Roof Above. They said that’s enough money to change one person's life – move them from homelessness to a home.

Homeowners Impact Fund is hoping to expand the program to the national level next year.