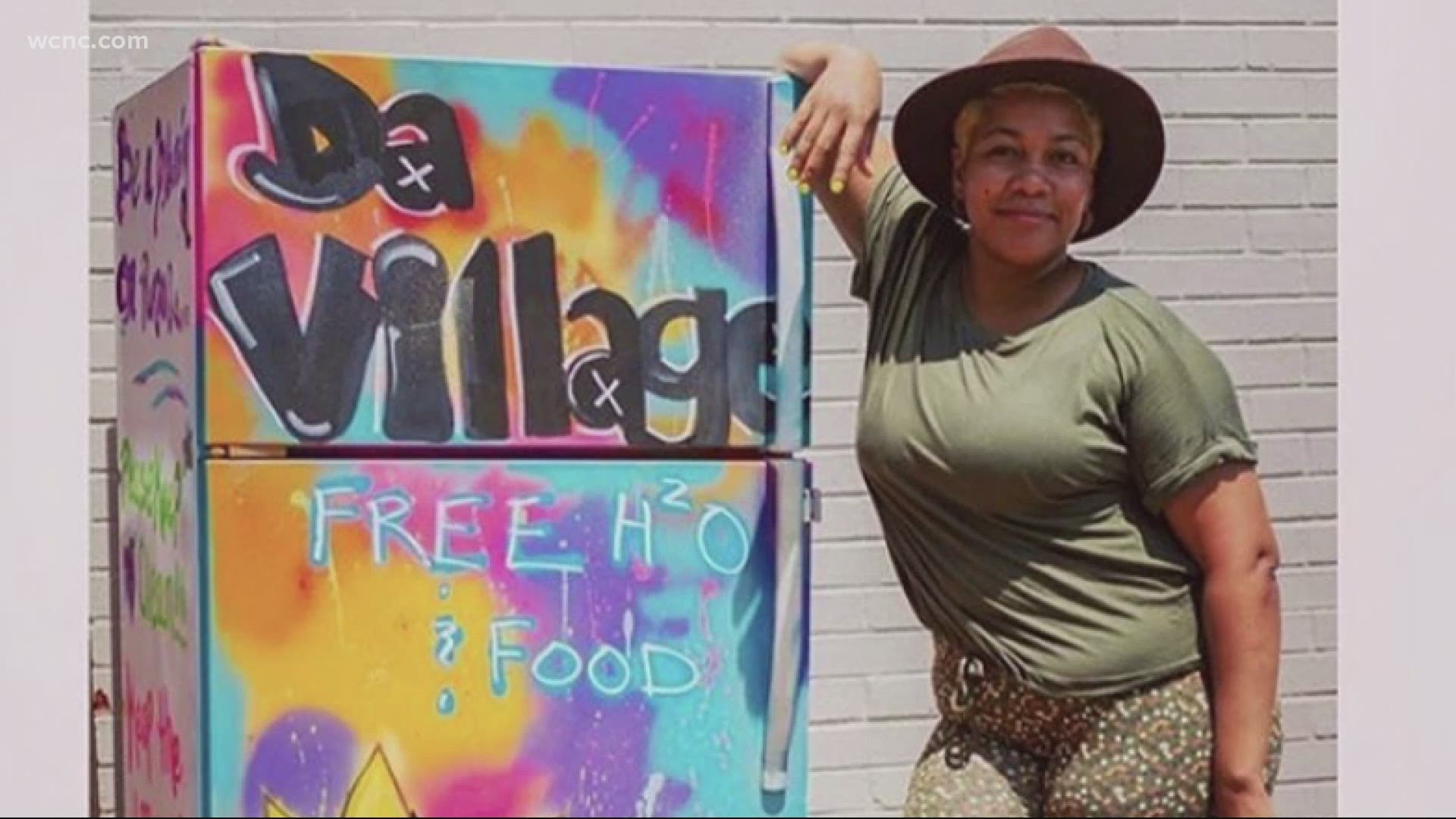 CHARLOTTE, N.C. — From free food fridges in NoDa or West Charlotte to pop-up shops every third Sunday at 616 N Tryon, the non-profit DaVillage Pop Up Shop is giving low-income families and those who are homeless in Charlotte a sense of community.

“We always do can goods, we always have hot food but we also have baggage food to go also," said Shamelle Jackson, founder of DaVillage Pop Up Shop.

“We have clothes racks, mannequins, we have music we have food we everything," Jackson said. “Sleeping bags, blankets, pillows, washing cloths, all hygiene items."

Jackson started the initiative three years ago. A mom of four, Jackson said she's been able to relate to those experiencing homelessness and domestic violence.

It's the reasons why she was moved to create a space for those in need with zero judgment but also a way to provide means to people who may not have access to resources themselves.

“They’re excited about just having a Coca-Cola because they’ve had a stressful day they’re excited because they might have an interview or potential but because we show up with blazers now they feel that this is it — 'Now I can go to my interview,'" Jackson said.

Charlotte is not the only place where DaVillage Pop Up Shops support the community.

Jackson said the hope is to expand enough to make more of an impact beyond everyday needs.

“A building, our main goal is to have a resource center where you can come get your GD or planned parenthood," Jackson said.