It's the largest spectator event the Carolinas have had in 15 months. 2020's race didn't have fans, hurting area business. This year was different. 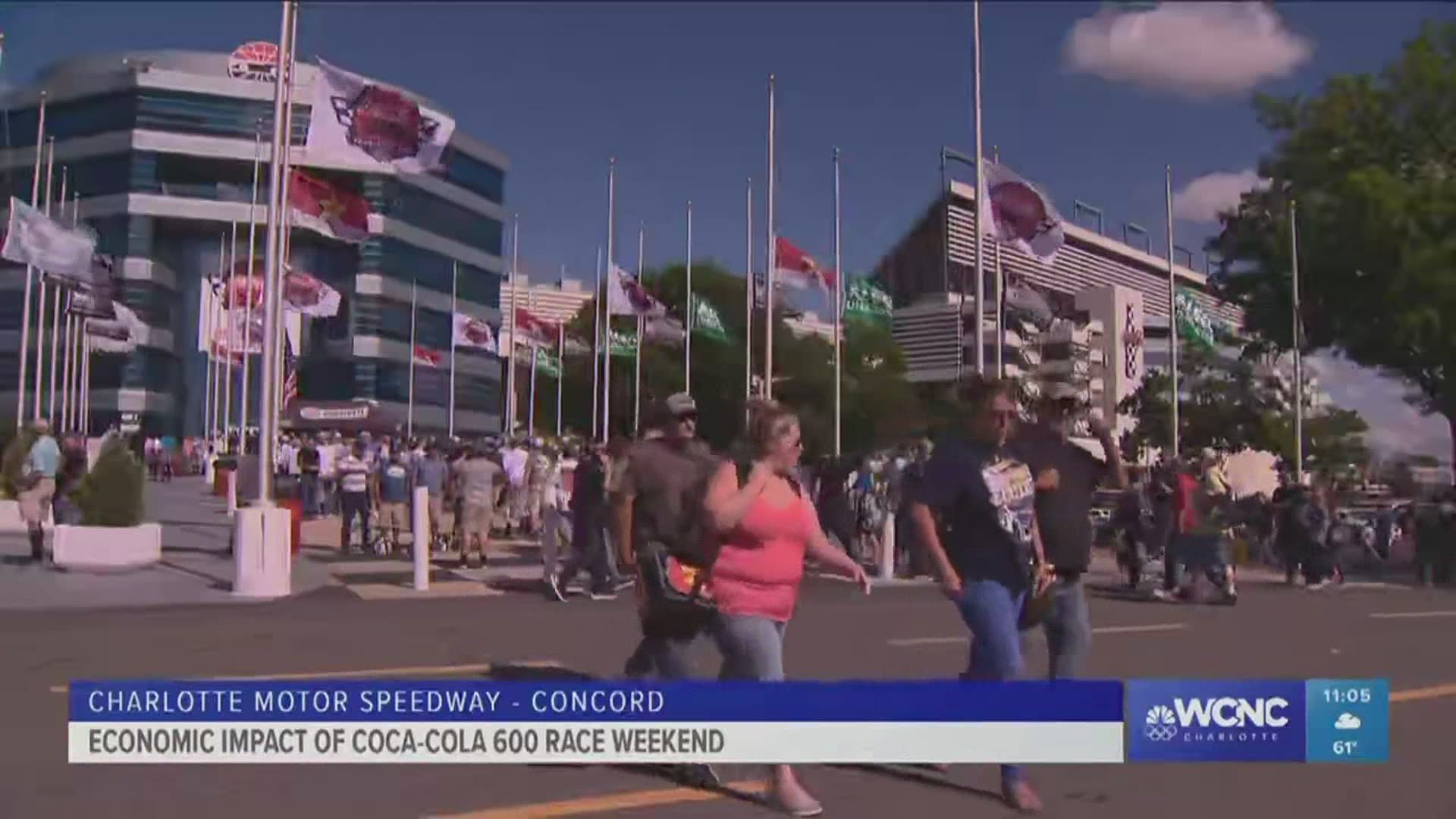 CONCORD, N.C. — Drivers took hundreds of left turns on the tracks, but the in-person event turned things around for areas businesses and vendors who longed to see customers back at the Coca-Cola 600.

Sunday's race was given the green flag with no restrictions, allowing more than 50,000 fans to pack in the speedway to cheer on drivers.

"It's good to be back to being normal," said Hill McCraw, a fan who attended the race for the first time in eight years. "We are super excited to be back out and experiencing the race."

He and thousands of other NASCAR fans raced to the tracks on a cooler than usual race day and their wallets were ready.

"Man what more could you ask for with all these people," said Doc Doby ecstatically, smiling at the lines of customers in front of his merchandise trailer.

Doby sells merchandise to fans year after year, except for last year when business took a pandemic pummel.

He was able to sell at a few races last year that were in-person but had very few fans, but he's glad restrictions are over and his customers are back in full force.

"Y'all enjoy the race," he told customers in an upbeat mood with a big smile across his face.

Dana Wyatt, a vendor parked across the street, was excited to have fans back as well.

Customers were lined up in troves for her vending trailer, leaving with bags of merchandise like hats and shirts, among other items.

"As you see, our walls are empty," she said as the race started after fans went inside the speedway gates.

Charlotte Motor Speedway brings in an estimated $450 million to the regional economy in a normal year, according to its website. In 2020, millions were lost but with fans at this year's race, businesses are relieved.

"It's been beyond impressive with everyone, it's been overwhelming really," Wyatt added.