The council voted to ban an additional purchase of chemical agents, like tear gas in the fiscal year 2021. It passed in a 9 to 2 vote. 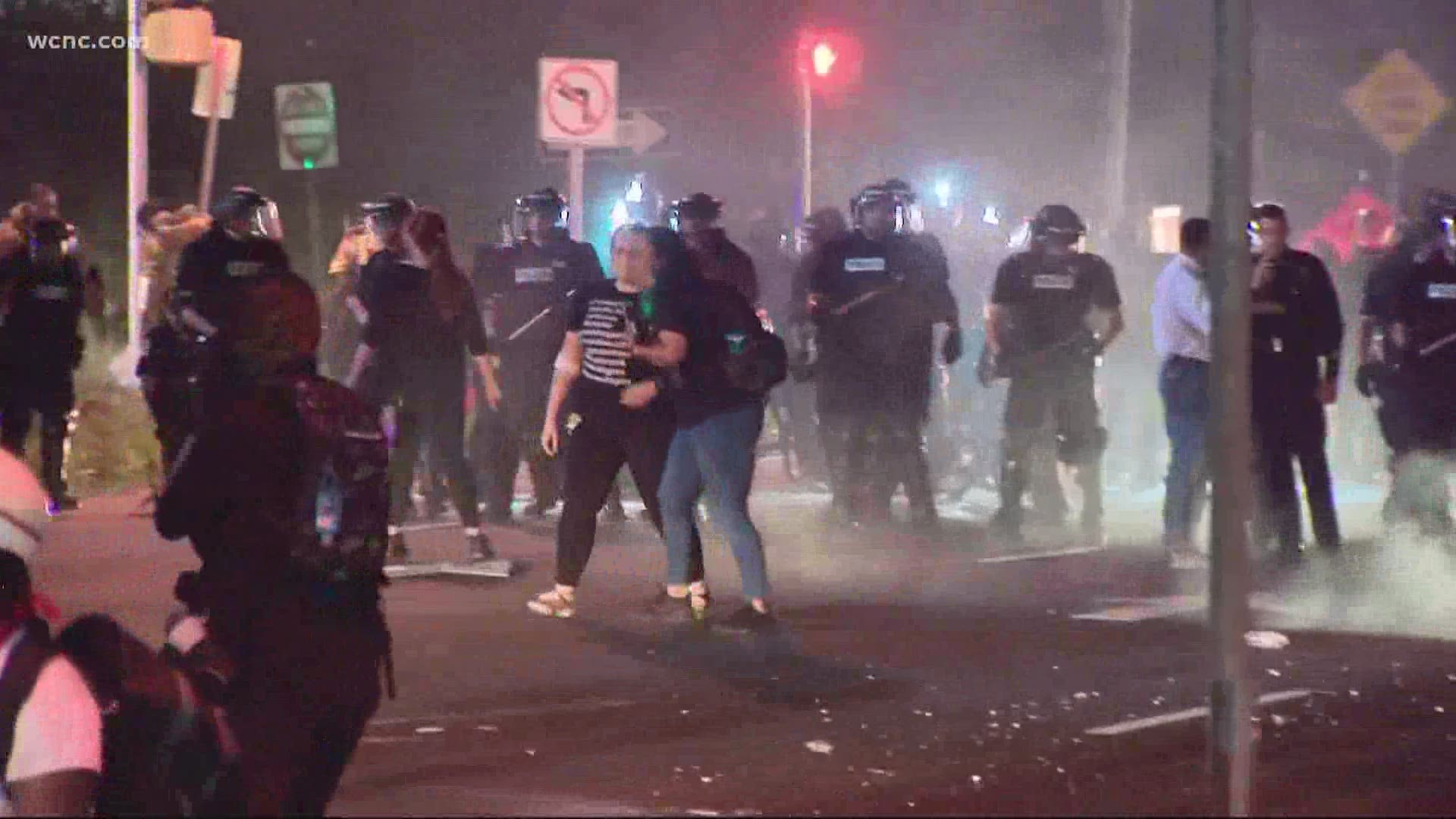 The Charlotte Mecklenburg Fraternal Order of Police firing back against Charlotte City Council after voting to defund CMPD chemical agents on Monday.

The vote is a direct response to the viral video showing police using tear gas on protesters. City councilman, Braxton Winston pushing for the change.

"No budgeted funds will be used to purchase chemical agents used for crowd control or crowd dispersal," Councilman Braxton Winston said on Monday.

The council voted to ban an additional purchase of chemical agents, like tear gas in the fiscal year 2021. It passed in a 9 to 2 vote.

Kopp says the city council has left CMPD out of the conversation and taken away an effective and necessary tool to disperse crowds.

"To already see city council take this to a vote without getting input from all sides, I think we could of come to common grounds," Kopp said, "It sets our city back decades."

Kopp also says CMPD already has an officer shortage. Now, without City Councils support, he's afraid it's only going to get worse.

"The morale at CMPD is extremely low," Kopp said. "Officers that are there, were going to start seeing them leave it's going to be extremely hard to recruit now, whos going to want to come to the city of Charlotte where their own city council doesn't even have any faith in them."

In this full statement, the FOP calls out councilman Braxton Winston.

After watching the virtual City of Charlotte Council meeting on June 8 the Fraternal Order of Police Lodge #9 was torn with what occurred that evening.

RELATED: Defunding the police: What does it mean?

On one hand, we are appreciative that the budget was adopted securing the recommended salary and benefits for CMPD. On the other hand, we are extremely disappointed with the substitute motion Councilman Winston made that no budgeted funds be used to purchase or maintain chemical agents for use in crowd control or dispersing crowds for the upcoming fiscal year.

As we have stated before and will continue to in the future, chemical agents are an effective non-lethal tool to aid in the dispersing of crowds.

CMPD has been dealt a hand by Charlotte City Council where an effective and necessary tool has been removed. What City Council has done without debate or input from all parties involved is create a very serious problem with no solutions. CMPD has been told to do without an effective tool and figure out a different way of doing business that will suffice to Council, whatever that may be."

In a statement, the FOP calls out Braxton Winston for saying this:

"Policing in America and Charlotte are embedded on racism, classism, sexism, homophobia, and the reduction of human nature"

Kopp has a message for Winston.

"All your doing is, is pushing law enforcement and city council further apart from each other and were not coming to a compromise," Kopp said.

WCNC Charlotte reached out to Winston for an interview and was denied. 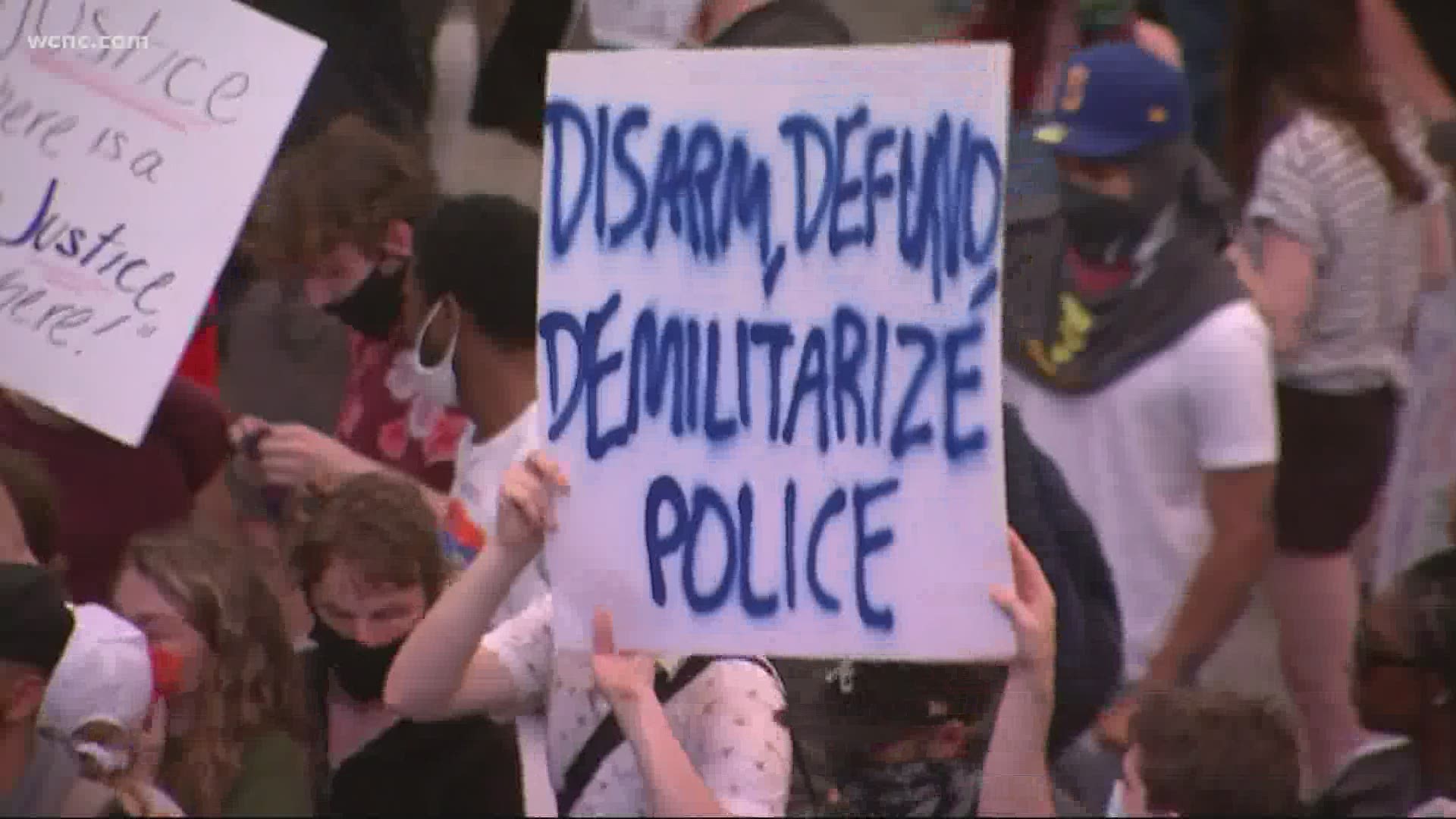