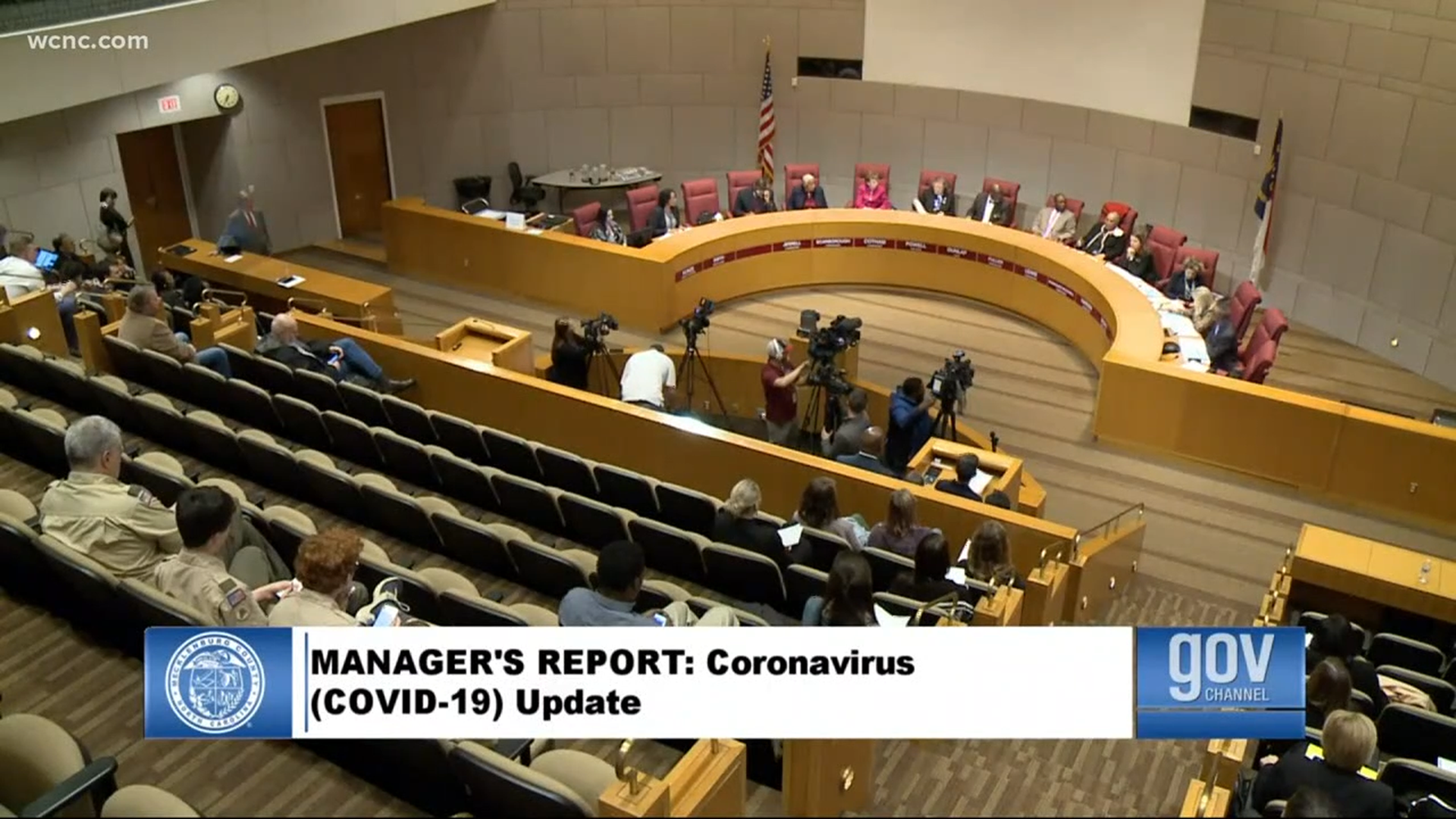 “While the following information is not necessarily confidential, I would appreciate the information not being shared with the public,” Diorio said in the March 6 email to county commissioners, senior staff and the public health director.

“First and foremost, we have no confirmed cases in Mecklenburg County and the risk remains low. Having said that, pursuant to our Crisis Management Plan I have activated Level 2 which is defined as one that has a significant impact on multiple county departments. While not an all-encompassing event, Level 2 incidents have significant operational impacts and lead to the degradation of county services.”

Her email to county commissioners is one of more than a thousand documents provided to WCNC Charlotte this week in response to a public records request.

In a response to our initial story Thursday, Diorio followed up to say that quietly activating the system allowed Mecklenburg County to start internal pre-planning and to "elevate our game" before our county's first confirmed case.

The records show the county started significant planning as far back as at least mid-February and show multiple people raised concerns about the impact of COVID-19, some of them before Mecklenburg County even experienced its first case.

“As a nurse, I am gravely concerned by our country and state’s dangerously inadequate response to the COVID-19 crisis…” a nurse wrote in a March 8 email to Charlotte Mayor Vi Lyles, which she then forwarded to the city manager, county manager and health director. “…Containment efforts have already failed. Closing schools, demanding tests, and issuing lockdown orders may not be popular in the short-term with some people (mostly because the situation has not been explained to them honestly before now), but it will buy us much needed time and save lives in the long run, and history will look favorably on those who are proactive. I am asking you to please act NOW, TODAY, for all of our sakes.”

Several days before that email, another woman raised questions with the county about testing.

“When will testing for COVID-19 begin in Mecklenburg County?” she asked. “The CIAA tournament (brought) thousands of travelers from across the country to Mecklenburg County. Charlotte is a major airline hub. This is the one instance where the citizenry cannot afford to allow elected representatives to repeat mistakes made by other global municipalities.”

Public Health Director Gibbie Harris first presented an update on the county’s preparedness in front of county commissioners on March 4, after confirmation of the first North Carolina COVID-19 case.  On March 9, she held the first of what would become regular media briefings. Shortly before her first briefing, Charlotte Douglas International Airport confirmed a man from Spartanburg County recently traveled to Italy and returned through the airport.

At the time, the South Carolina Department of Health and Environmental Control said, since the man didn’t have any symptoms until the day after he returned and had not traveled to any other United States airport, “we don’t have any reason to believe there was any risk to airport patrons.”

That lack of notification to passengers who had direct contact with the man led to more emails questioning the decision.

RELATED: These zip codes in Mecklenburg County have at least 10 cases of COVID-19

“As an airline employee in CLT why would you make the announcement that a presumptive patient traveled through CLT on his way back from Italy if you refuse to give the date, time and flights he was on?” An American Airlines pilot said in a March 10 email. “…Anyone of us could have spoken to this person face to face. Anyone of us could have been the next to sit in his seat or sat next to him. Anyone of us could have handled his bags. Anyone of our flight attendants could have served him. So why did you decide to create uncertainty amongst my fellow employees and the passengers we serve if you feel it is of no concern?”

“They need to be referred to S.C. Department,” Harris said in an internal email to staff. “That was not our decision.”

That same day, another person wrote, “You allowed a person who had just departed a plane from Italy (!!) to freely walk through the Charlotte airport, and even after he became ill the next day, you did “not recommend follow up with the other passengers” on the plane because no one was symptomatic at the time!”

A March 9 email to Harris echoed those concerns.

“I need you to explain WHY you are telling Mecklenburg County citizens to stay calm,” the person wrote. “The fellow passengers on the flight from Italy should be told of the (redacted) man and his quarantine.”

“I understand your concern,” Harris replied. “And I am not trying to minimize the risk. However, we are operating on the best information we have plus CDC guidance. I appreciate your communication.”

A breakdown of the COVID-19 cases in Mecklenburg County