Brown said there was still daylight when the shooting happened and that Zionna was just feet away from her doorstep. 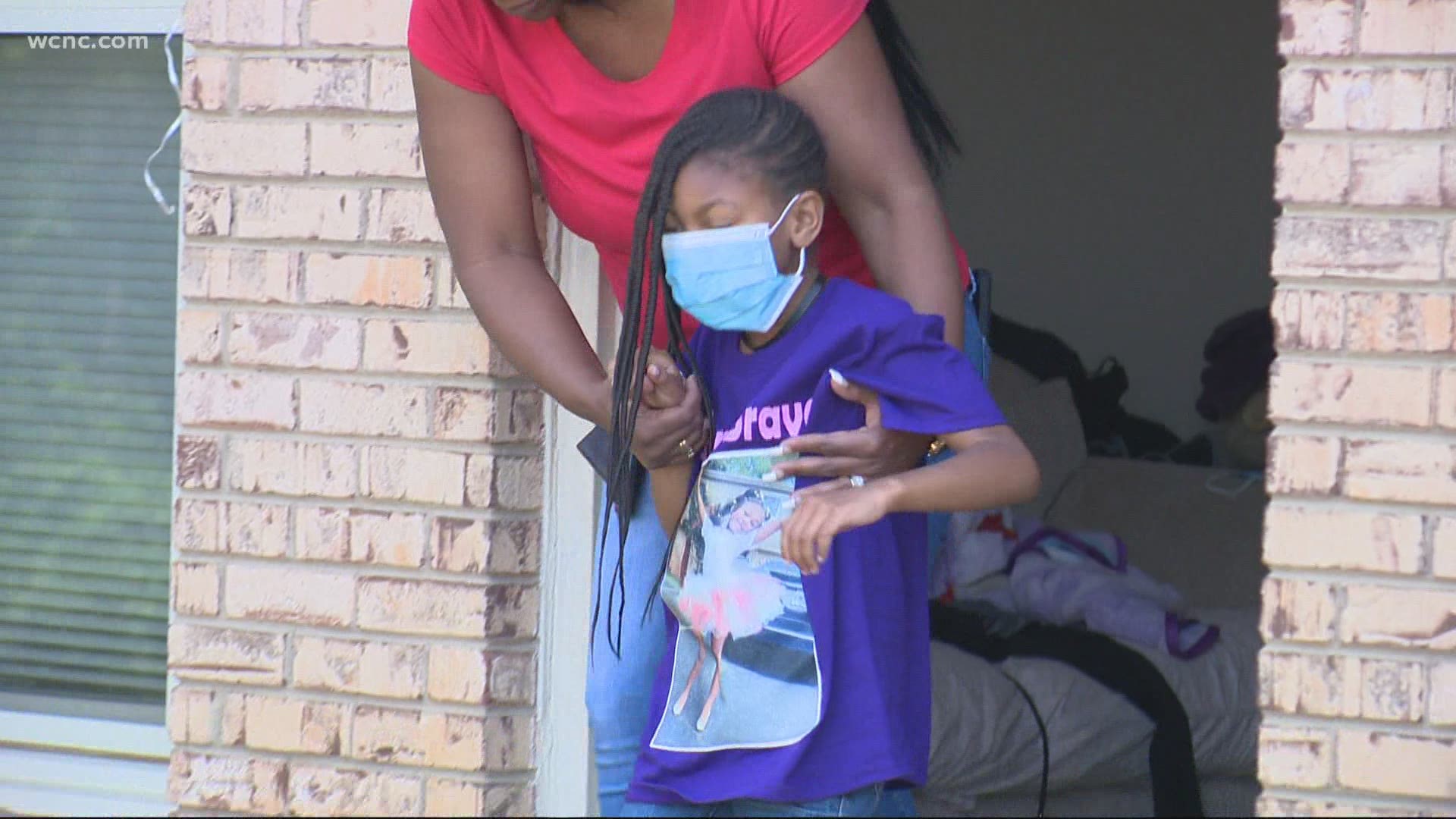 CHARLOTTE, N.C. — The grandmother of 7-year-old Zionna, who was shot in crossfire last week, is revealing new details into what happened to her granddaughter.

Zionna's grandmother, Chandra Brown, said Zionna was shot in her chest and the bullet traveled through her rib cage.

“This didn’t have to happen," Brown said. "I mean you saw these kids outside playing, come on now."

Brown said there was still daylight when the shooting happened and that Zionna was just feet away from her doorstep.

"She was down there playing with her neighbor and her neighbor was standing beside her when she got shot," Brown said.

Brown said her neighbor is younger than Zionna is.

Brown said Zionna ran towards her home screaming to her mother that her chest hurt and that her mother thought she’d been stung by a bee – until she lifted her shirt and saw bleeding.

"She called me frantic," Brown said. "I jumped out of bed, I think we beat the ambulance to the hospital.”

Brenda Stevenson, pastor of New Christian Outreach Center, said she was heartbroken to hear the news.

"It’s opened our eyes," Stevenson said. "We’ve been sleeping too long. It's time to wake up.”

Later that evening, a group of individuals were exchanging gunfire on the 1000 block of Marble St. when a 7-year-old girl was struck.

Stevenson said it has become clear the youth need more guidance. One of the suspects arrested in Zionna's shooting was only 17-years-old.

"Now, they don’t fight with their hands, they're fighting with guns," Stevenson said. "So it's time for a change.”

The community is seeking solutions to the issue of recent violence.

It’s why Stevenson held an emergency meeting at the New Outreach Christian Center for the surrounding communities Tuesday night to make an action plan on how to stop the violence.  Neighbors along with Mecklenburg County Sheriff Garry McFadden were all involved in the discussion.

“Don’t wait until it happens to you and you form an organization to do something about it," Sheriff McFadden said.

The City of Charlotte announced a new partnership with Youth Advocate Programs to help use some of the same violence prevention techniques that they've utilized in places like Baltimore, Washington, D.C. and Chicago and see if this plan could possibly work in the Queen City too.

“Develop a team of people to help to carry the message that there is an alternative to violence and try to change the norms and values around violence," Youth Advocate Programs president Gary Ivory said.

CMPD said over 110 people have been shot this year, and gun-related assault with a deadly weapon is up over 30% from this time last year.

Stevenson said she wants to focus on the youth.

"We need to keep the youth busy to keep them out of trouble, they need to know that we care,” Stevenson said.

Stevenson said the meeting will address creating programs for youth and working with police to establish a neighborhood watch.

"So we can know the laws and what to look out for," Stevenson said. "We need to talk. What solutions, what ideas do we have?”

Another community meeting will be held at New Outreach Christian Center next month to discuss ideas to help keep children busy and out of trouble during the summer.