Community members and CMPD are discussing ways to prevent other young people from falling victim to gun violence. 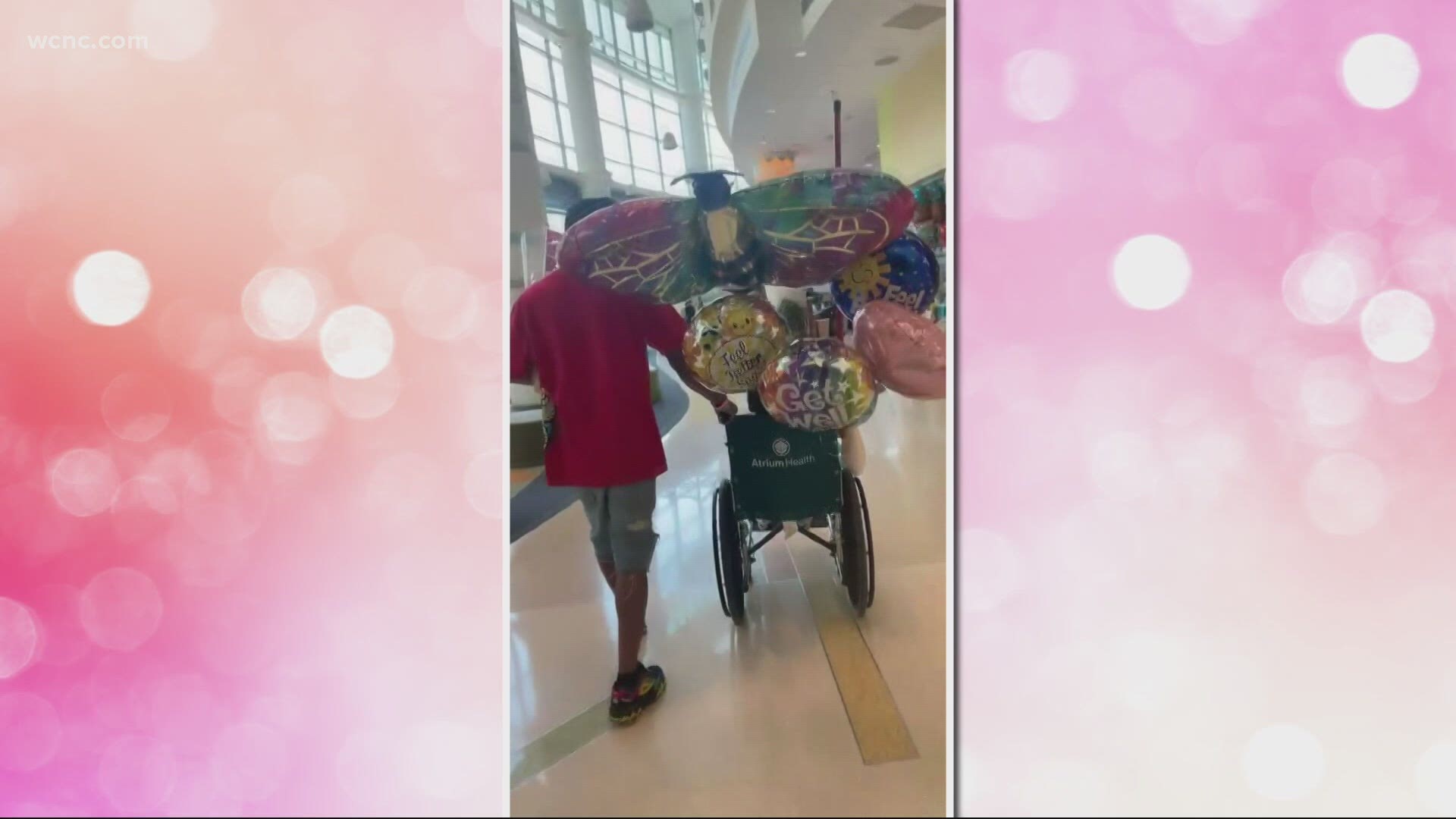 CHARLOTTE, N.C. — Monday, family members shared the good news that a 7-year-old girl was released from the hospital just days after police said she was caught in the crossfire of a shooting in west Charlotte.

Since the violent shooting happened last week, members of the community have come together in various ways -- including a unified walk on Friday -- calling for the end to gun violence.

Residents of the Hoskins neighborhood walked in solidarity with Chandra Brown, whose granddaughter Zionna was shot along Hovis Road. The girl was hospitalized Tuesday with serious injuries. By Wednesday, officials upgraded her status to stable condition. Monday, Zionna was able to come home with her family after celebrating Easter in the hospital.

"She's doing fine. She's a strong little girl," Brown said Friday. "This is a child the hospital is so amazed to see to come in and say she's not crying. She's just looking at everybody; telling everybody, 'I love you.'"

“The bullet has now been removed from her back.” Says the Grandmother of a 7-year-old girl injured this week. “Put the guns down.”

A Prayer Walk is starting here along Hovis Rd. calling for an end to gun violence.@wcnc pic.twitter.com/DCU6BD4673

Brown said Zionna sent a text message to her mom after arriving in her hospital room.

"'Why did he shoot me? I will see him, and I'm going to ask him why did you shoot me?" Brown told the community Friday while repeating the text message aloud.

Three people have been arrested in connection with this shooting. The Charlotte Mecklenburg Police Department does not believe Zionna was the intended target.

Earlier that same day, two other teenagers were shot and injured in the same neighborhood. They were also listed in stable condition by Wednesday.

CMPD Chief Johnny Jennings said investigating gun violence crimes involving young people is one of the most frustrating parts of the job, but it's cases like this that seem to happen more and more often. To help prevent this, Chief Jennings is calling on a collaboration between the police and the community.

“We have to make sure that we are meeting the community where they are so we can build that trust so they feel comfortable that they’re able to talk to us about these cases," Jennings said.

"Please, put the guns down y'all," Brown pleaded Friday. "We can't continue to do this. Give them a chance."