Police said the suspect was shot by a neighbor while wrestling with the victim's husband. The neighbors held him down until police arrived. 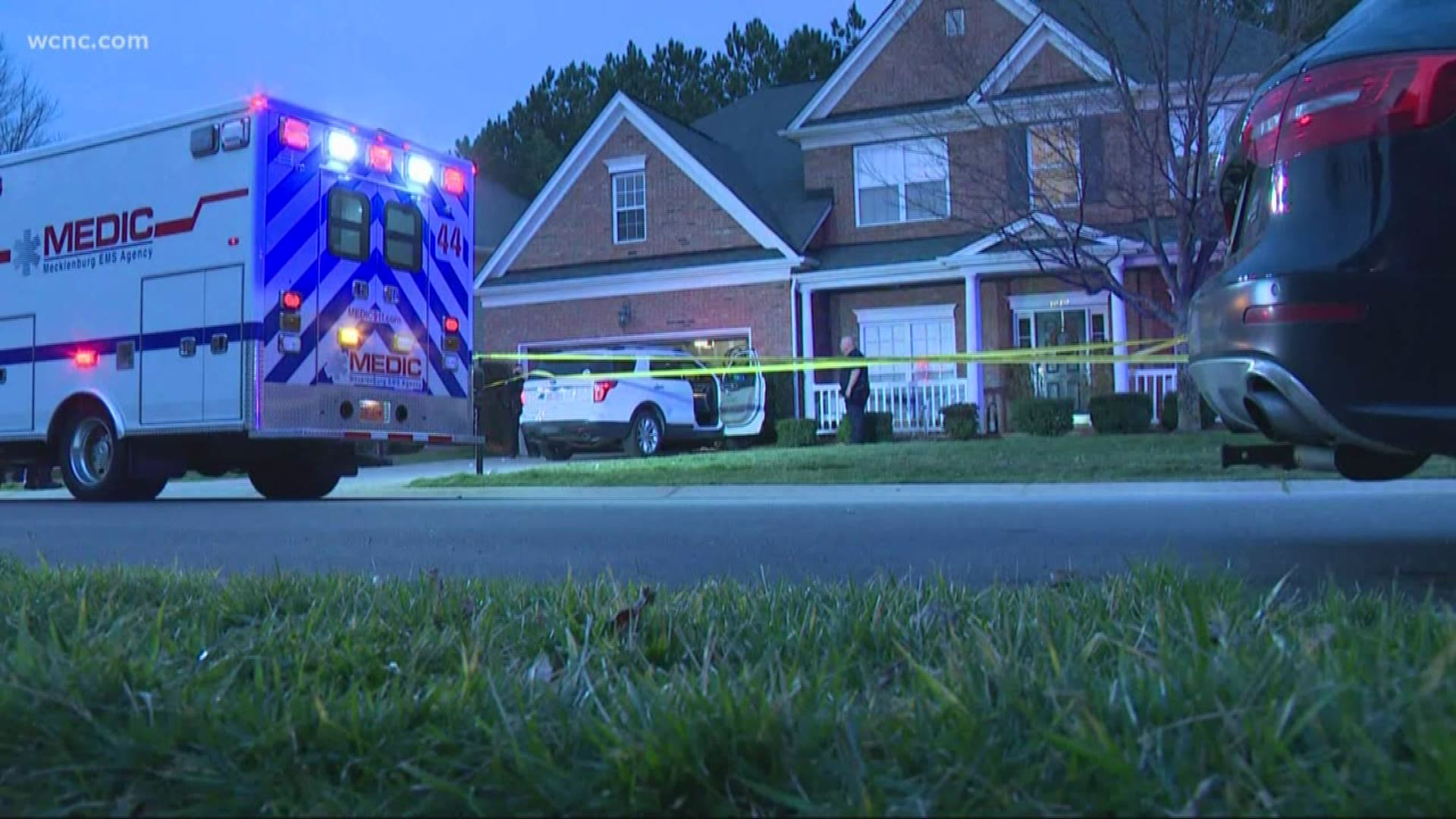 CHARLOTTE, N.C. — A teenager was taken to the hospital after he was shot during an attempted carjacking in Ballantyne Tuesday morning, police said.

According to Charlotte-Mecklenburg Police, officers were called to a reported shooting on Myers Mill Lane, just off Lancaster Highway around 6:30 a.m. When officers go to the house, they found a 17-year-old who had been shot. Officers learned during their investigation that the teen approached a woman and tired to steal her car at gunpoint.

Police said the suspect took the woman's keys and began to steal the car when her husband came outside and began wrestling with him. Multiple neighbors came running to help, including a Good Samaritan with a firearm who ordered the suspect to drop his weapon. When he refused to, the neighbor shot the suspect and held him to the ground until police arrived. The suspect, who has not been identified, was taken to a Charlotte hospital for treatment.

A neighbor who lives across the street from the victim said the victim's wife screamed for help and neighbors came running to the scene and surrounded the gunman so he couldn't get away. Witnesses said the suspect was arrested at the scene. CMPD has not identified a suspect in the case.

During the investigation, CMPD determined the suspect was linked to a high-speed police chase in Ballantyne hours earlier. Around 4:30 a.m., officers responded to a reported shooting on Otter Creek Drive. The victim told police that two suspects were breaking into his wife's vehicle when they pulled a gun and drove away in a white Toyota Camry and fired multiple shots at the suspect.

“I was very scared,” said a woman who witnessed neighbors detaining the suspect. “I just can’t believe because I picture this area like a hallmark movie it’s so perfect.

About 20 minutes later, officers were called to an armed robbery on Clems Branch Drive. The victim told police a white Toyota Camry pulled behind his vehicle and a suspect wearing a mask pointed a gun at him. The victim, who was armed at the time, fired at the suspect, who ran away from the scene.

“The subject (the neighbor) that used their firearm was basically faced with a pretty imminent situation of the threat of deadly force,” CMPD Captain Christian Wagner said.

Moments later, CMPD officers found a stolen white Toyota Camry that matched the description given by the two victims and tried to stop the driver. When the driver refused to pull over, a pursuit ensued and the driver led police to Bevington Place, where he crashed into a tree.

The suspect, who is a convicted felon, was taken to the hospital with minor injuries. The car he was driving was reported stolen on January 29.

Captain Wagner said he believes all the crimes are related.

“These were very scary situations where our residents were confronted by armed suspects,” Captain Wagner said.