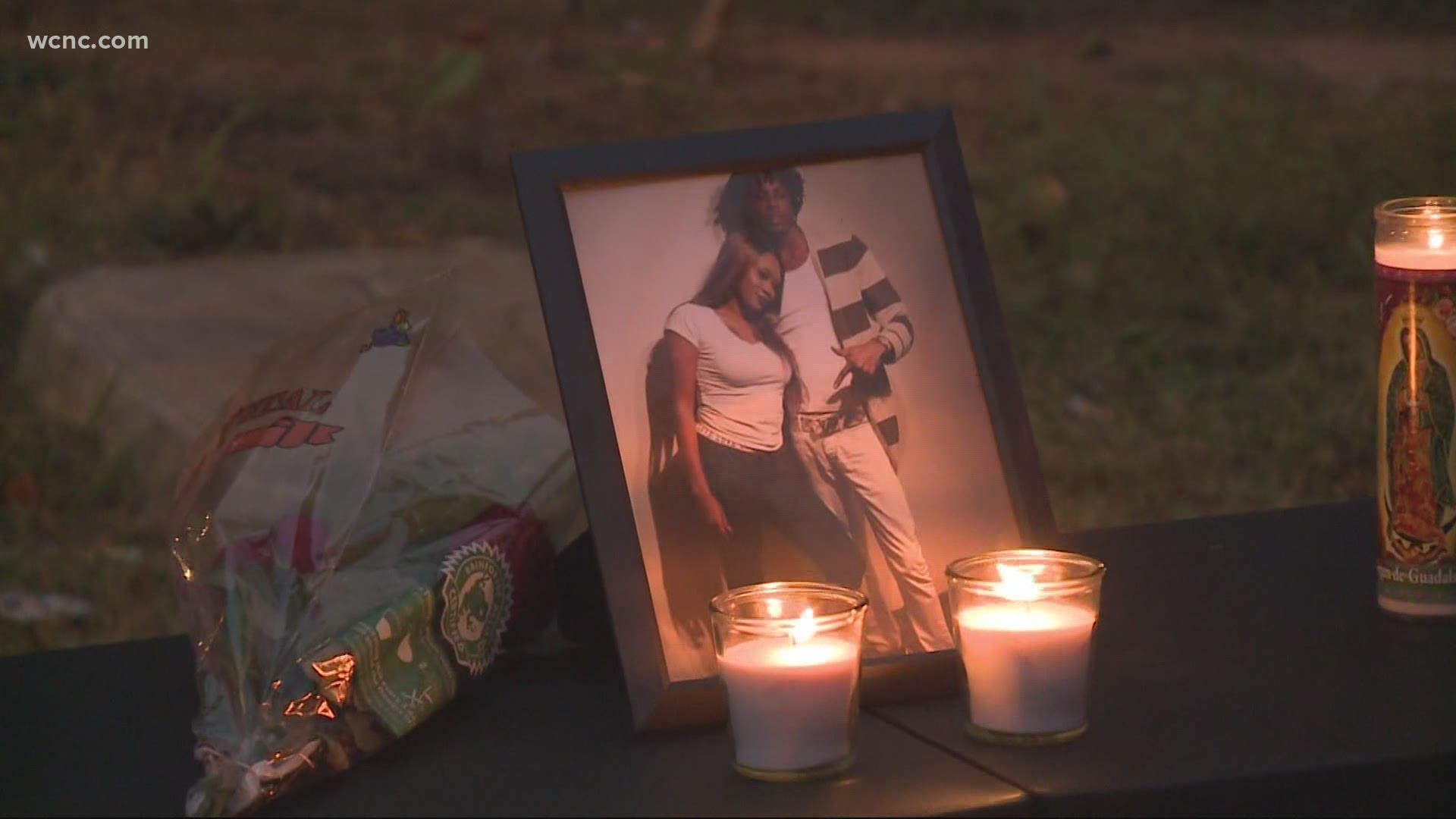 CHARLOTTE, N.C. — Two families are now grieving one major loss in the aftermath of a deadly double shooting in east Charlotte.

On Tuesday night a small crowd gathered to remember the couple many say still had so much life to live.

Dondrake Blackmoore, 26, and 27-year-old Jakailah Jackson were both killed in a tragic shooting Monday afternoon on Kilborne Drive. But instead of remembering how they died, friends are now cherishing the memories they shared instead.

Friends told WCNC Charlotte that the couple shared a 3-year-old son together. At the time of the shooting he was in the backseat of the car, but fortunately, he survived. Now he is left to live with the trauma of losing both parents.

“This is a memory that no one will ever be able to erase from his mind,” said Lucille Puckett with Take Back Our H.O.O.D.S

Over the phone, Blackmoore’s mother spoke to his closest friends about how she’s coping with this unexpected loss and how she also wants others to respond moving forward.

“As you can probably imagine it’s been a tough time,” Mama T said. “Definitely we want peace. Please no chaos guys.”

During the vigil, the crowd lit candles in memory of Blackmoore and Jackson as a symbol to keep their memories alive.

“Their lives will forever shine bright within our hearts,” Puckett said.

On Thursday, Blackmoore’s family plans to have a balloon release to celebrate what would have been his 27th birthday.