Catawba County deputies said an arson suspect set himself on fire after triggering an explosion during a burglary at an RV park in Sherrills Ford on Nov. 1. 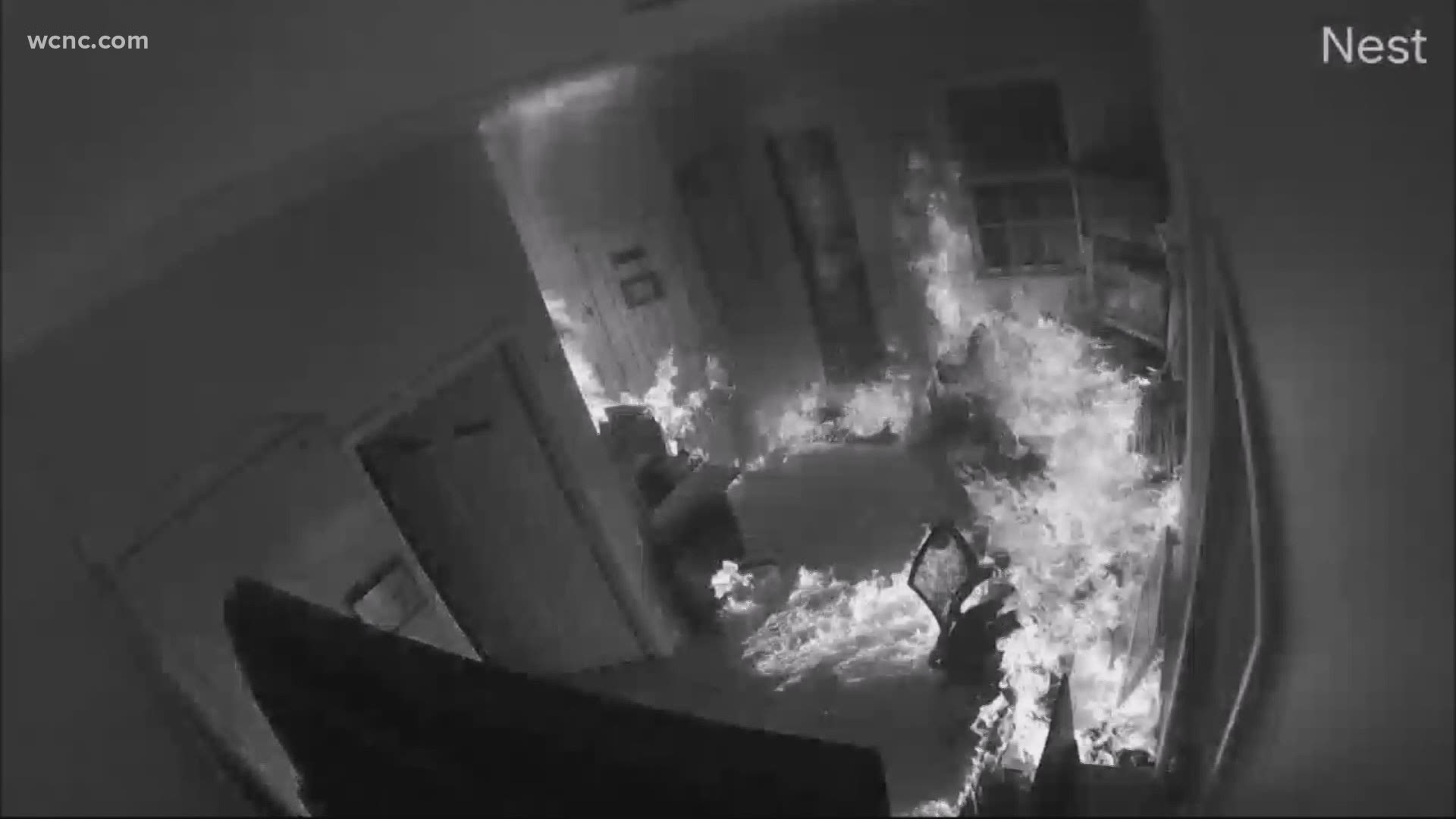 CATAWBA COUNTY, N.C. — An arson suspect caught himself on fire during an attempted burglary at an RV resort in Catawba County, North Carolina on Sun, Nov. 1, deputies said.

According to the Catawba County Sheriff's Office, firefighters were called to a reported fire at the Lake Norman RV Resort on Highway 150 in Sherrills Ford, which is in eastern Catawba County around 1 a.m. last Saturday. When firefighters to the location, they found the business office on fire with major damage.

The fire marshal's office and sheriff's office were both called to the scene to assist with the investigation into what caused the fire.

Surveillance video from inside the business office shows a suspect wearing a dark-colored hoodie and pants carrying a gas can and a pry bar break into the office. The suspect poured the contents of the gas can all over the inside of the office before lighting it, causing an explosion.

The suspect seemingly caught themselves on fire during the incident, which was captured on a second camera. The suspect attempted to put out the flames on their shoes for several seconds before running from the scene.

A bag of money was left on fire in the parking lot. A vehicle can be seen waiting in the road for the suspect to jump into as a getaway.

"This person is lucky that they didn't die inside the fire," Capt. Turk said. "It's one of the more troubling things I've seen as far as people going to the extremes to commit a crime."

Ed and Joan Moran said if firefighters didn't get to the fire as quickly as they did, they would've been trapped.

"It would've caught the tree line, and catching that tree line, we would've been stuck right here," Ed Moran said. "We probably would've had to evacuate our coach and make a run for it."

Resort manager Cheryl Caldwell said the flames destroyed nearly all of their records so they have to painstakingly recreate them.

"To find out it was arson was very heartbreaking," Caldwell said.

Both she and the Morans hope deputies arrest the suspect.

"The moment we walked out and we saw the guardhouse," Moran said. "My wife and I were both in tears."

Any person with information about the identity of the suspect in the video is asked to call the Catawba County Sheriff's Office at 828-464-3112.