Looking for Asha Degree: Clues sought to find 9-year-old who disappeared 20 years ago

Asha Degree was just 9 years old when she vanished on Valentine's Day. Now, she'd be 29. 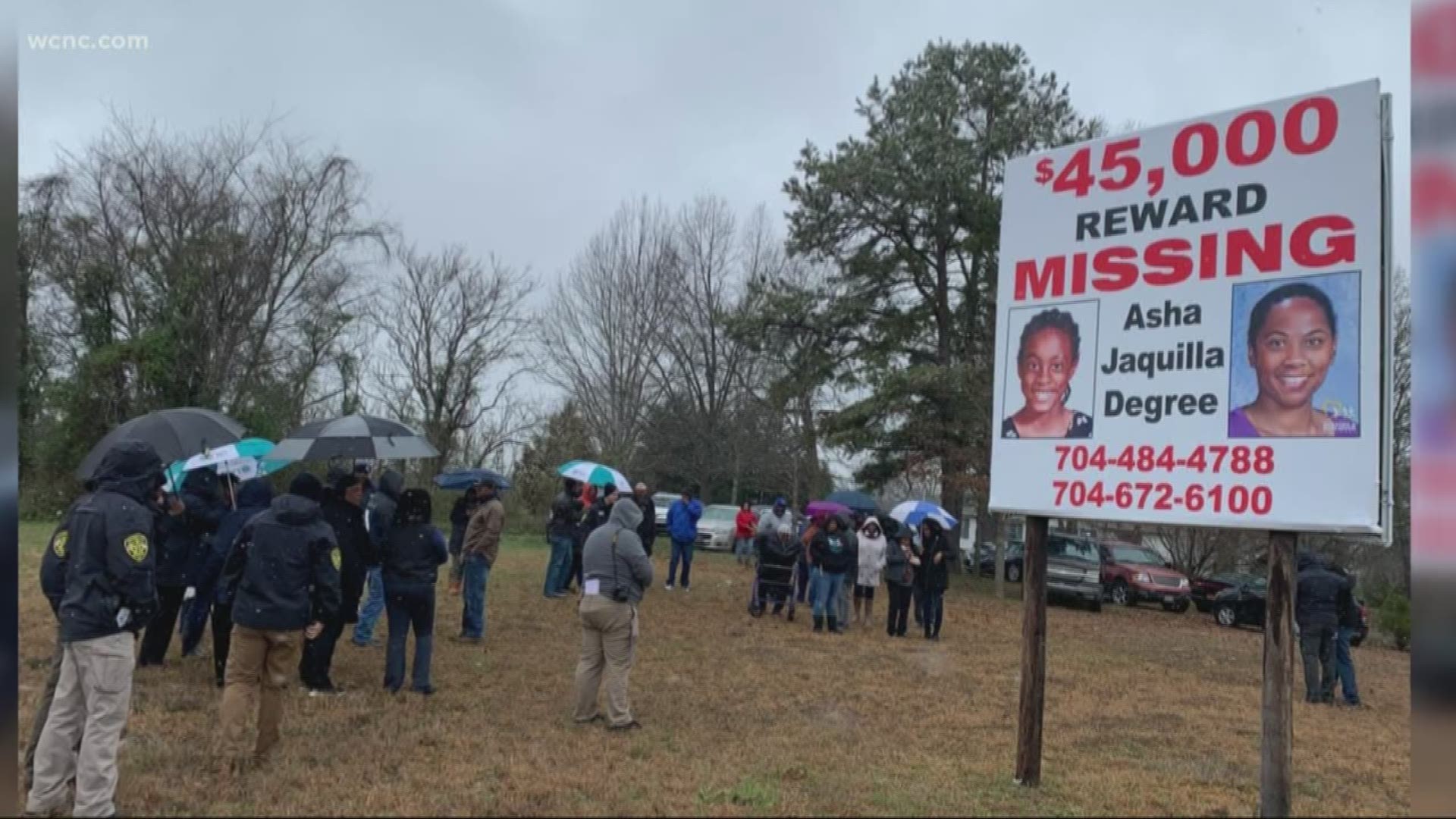 SHELBY, N.C. — It was 20 years ago Friday that Asha Degree, a shy 9-year-old girl from Shelby, disappeared in the middle of the night.

The fourth-grader's disappearance shook the rural community and remains a mystery today, even as local police, the FBI and her family continue to search for her. On Friday, investigators held a press conference with Degree's family who are still clinging to hope she's alive.

"After 20 years, I still believe my daughter is alive," said Iquilla Degree. "I do not believe she is dead. And I know someone knows something. I'm not crazy enough to think that a 9-year-old can disappear into thin air without somebody knowing something."

The FBI released a new age-enhanced photo of Asha that shows her appearance as she looked before disappearing and what she may look like today.

Credit: FBI
This age-enhanced photo released by the FBI shows Asha Degree as she looked before she disappeared and what she might look like today.

"The fact that it was a small child that left on Valentine's Day really caught everybody's heart in this community," said Cleveland County Sheriff's Office Detective Tim Adams, who came out of retirement in 2014 to lead the investigation. "She's been called Shelby's sweetheart, because she's a child that's one of our own that has gone missing, and we want to find out what happened to her."

Investigators say that Asha disappeared from her bedroom sometime between 2:30 a.m. and 6:30 a.m. on February 14, 2000. There was no sign of forced entry and no promising scent trail for search dogs to follow. Investigators received at least two reports from people who said they saw a young female walking along Highway 18 around 4 a.m. One person said they went back to check on her and the girl disappeared into the woods.