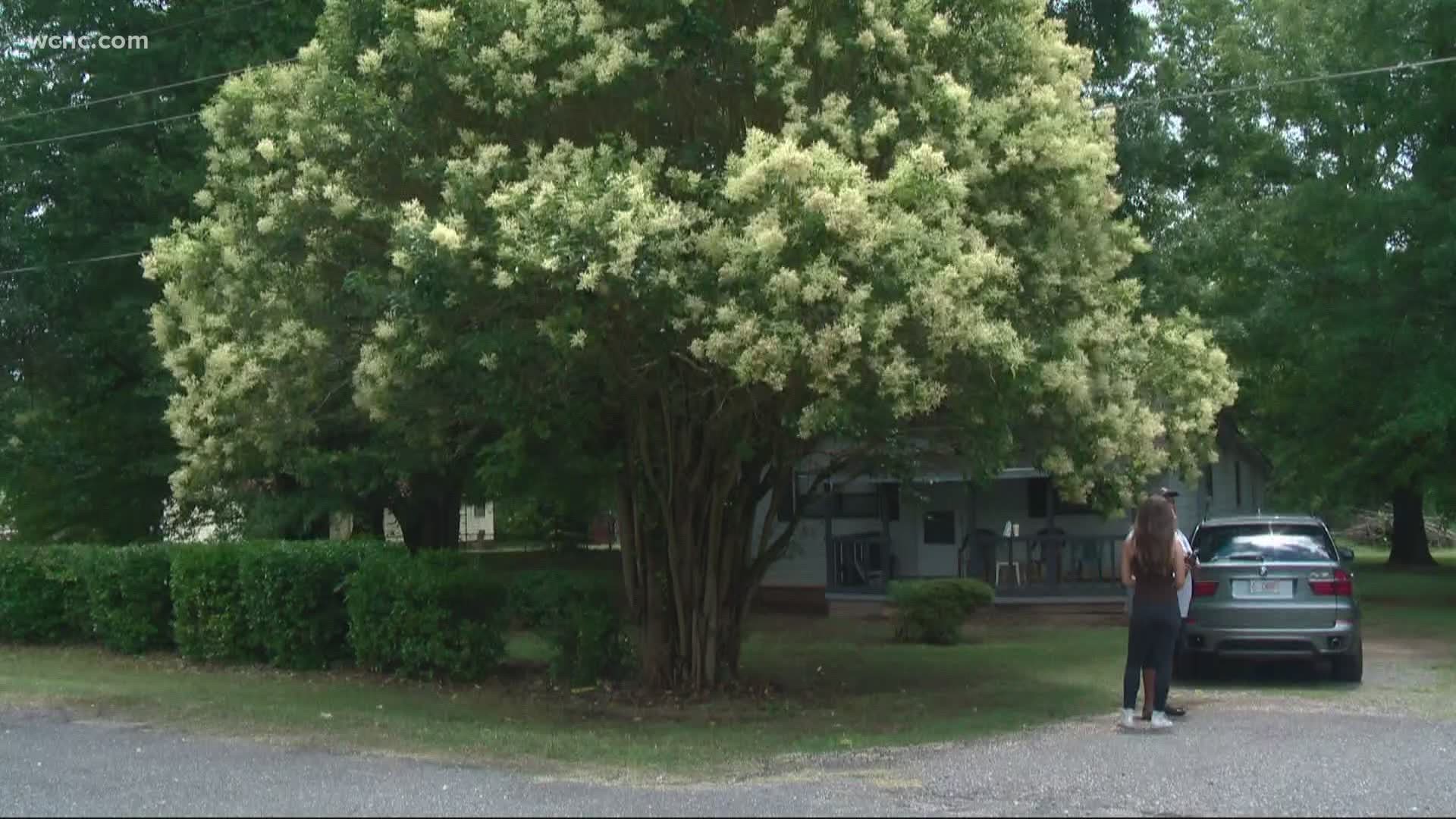 For 66 years, Johnson has lived in the Oakridge community. He found it hard to comprehend what happened just feet away from his home.

"We like to have a good time, but we don't like to have these kinds of disturbances," Johnson said. "Next thing you know, there's policemen and crime scene tape. I mean everybody was surprised, it just erupted out of nowhere."

Two of the three shooting victims were transported to a hospital in Gaston County by their own vehicles and another was transported to Atrium Health Center in Charlotte by helicopter.

Deputies also say several cars were shot during the incident.

"We just hate it, we hate that it happened, this event was put on for people to have a good time, this ain't for violence," Johnson said.

The Sherriff's Office said a bullet hole was found in the right passenger seat where one of the victim's children was sitting.

The Sherriff's Office described the suspects car as a dark-colored four-door Chevrolet Malibu with a Georgia license plate.

The investigation remains ongoing. Detectives ask for anyone with information to call the York County Sheriff’s Office at 803-628-3059.