The suspect in the fatal Butler High School shooting told police the shooting stemmed from a fight in a Harris Teeter parking lot days before. 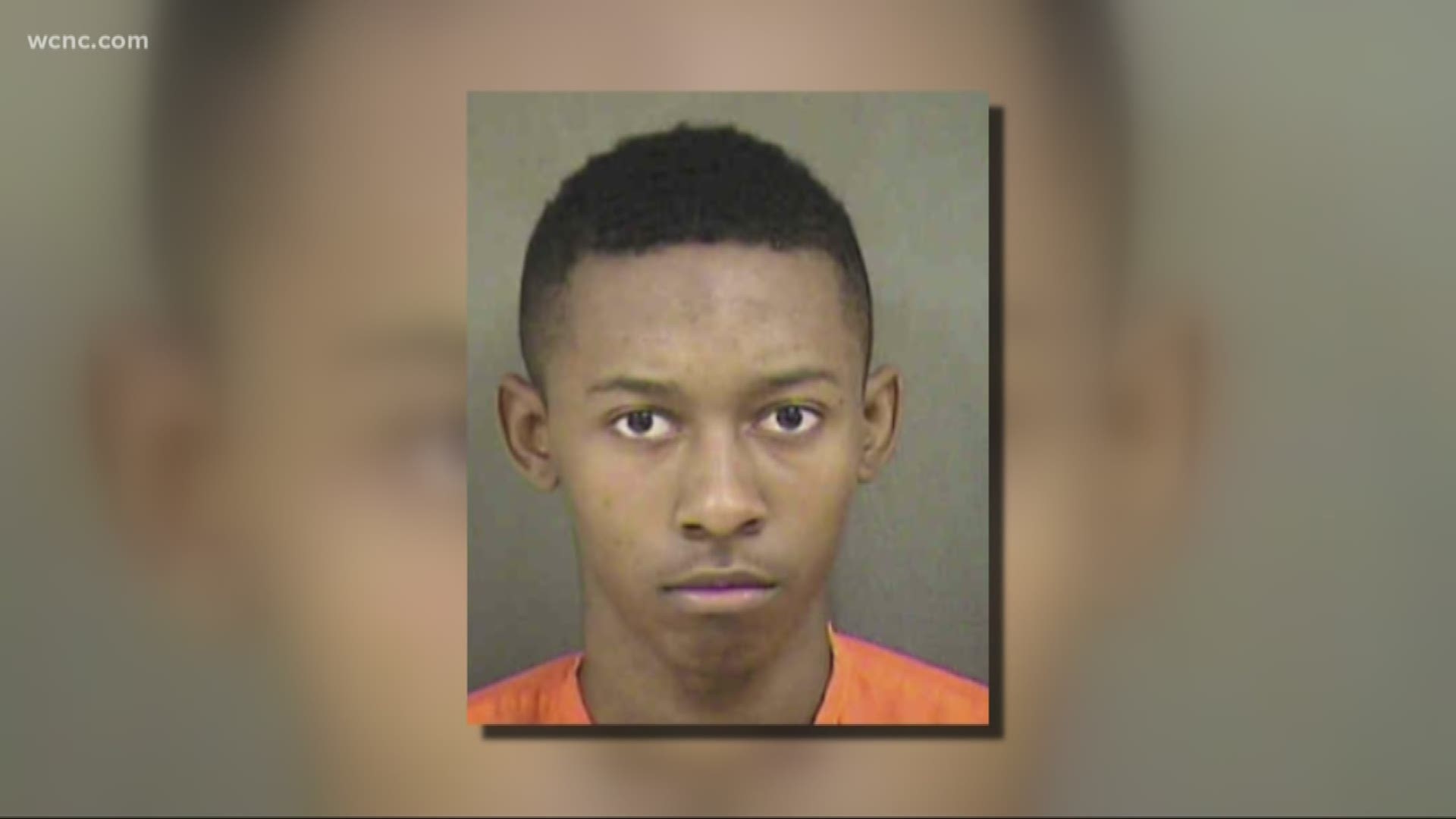 MATTHEWS, N.C. — The suspect in the fatal Butler High School shooting told police the shooting stemmed from a fight in a Harris Teeter parking lot days before.

The Charlotte-Mecklenburg Police Department released the official court documents that detail what the suspect said lead to the deadly shooting.

Police said Cuffie waived his rights and provided a statement to police.

**The following timeline was put together using the statements Cuffie gave to police, which only details his side of the story**

-Jatwan Cuffie is involved in a fight with other teens in the Harris Teeter parking lot near Margaret Wallace and Idlewild Road. (Bobby McKeithen is watching the fight but not directly involved)

-Cuffie and his friend, Demonte, are fighting two teens (Lucas and Jaylyn) when a third teen (AJ) jumps in and strikes Jatwan in the back of his head.

-Demonte jumps in to help him out, but then Lucas pulls out a knife.

-Jatwan and his friend Demonte run away.

-Following the fight in the Harris Teeter parking lot, Jaylyn calls Jatwan to tell him it was a good fight. Jaylyn asks Jatwan who he thought won the fight and Jatwan says 'I don't know.'

-Jatwan then tells Jaylyn to call Bobby McKeithen because he saw the fight and would know who won.

-Bobby says the thought Lucas had beaten Jatwan in the fight.

-Jatwan texts Bobby saying he only thought that because he was with the other guys.

-Bobby then asks "who is going to check me on it?" and Cuffie replies, "I am."

-AJ calls Jatwan back up saying he wants another fight in the Harris Teeter parking lot.

Jatwan says he was thinking he can't fight at school so he texts AJ:

-Jatwan texts AJ saying, "Bro do we have a problem?" AJ responds saying, " Do you still have a problem with me?" Jatwan says, "He wasn't trippin' anymore"

-Three hours later Jatwan receives a text from a friend that said AJ was still going to try to fight him on Monday. Jatwan says he's just going to try to mind his own business.

-Jatwan receives a text from a friend asking if he had beef with Bobby as well. Jatwan doesn't text back.

-Monday morning before school Jatwan goes to the woods to get his gun for protection. Jatwan is "praying that they wouldn't mess with him."

-Jatwan puts the gun in his jacket pocket and walks to the bus stop.

-Jatwan gets to school and stands in the corner hallway. Jatwan 'daps' with a friend and then spots Bobby come up on his left side. Bobby punches Jatwan in the left side of his face. Jatwan then puts his arm up to protect himself and grabs the gun from his pocket and shoots Bobby one time.

-Jatwan and Bobby continue fighting, Jatwan tries to push Bobby off of him. Jatwan once again grabs the gun.

-Jatwan doesn't see any blood, so he thinks he missed Bobby. Jatwan was going to shoot again to scare Bobby but runs into a classroom.

Jatwan tells the teacher he "didn't want to do it." Shortly after, police arrive.