Officer Larry Deal was suspended on April 5 for an incident in February. He was on the scene of last month's deadly shooting. 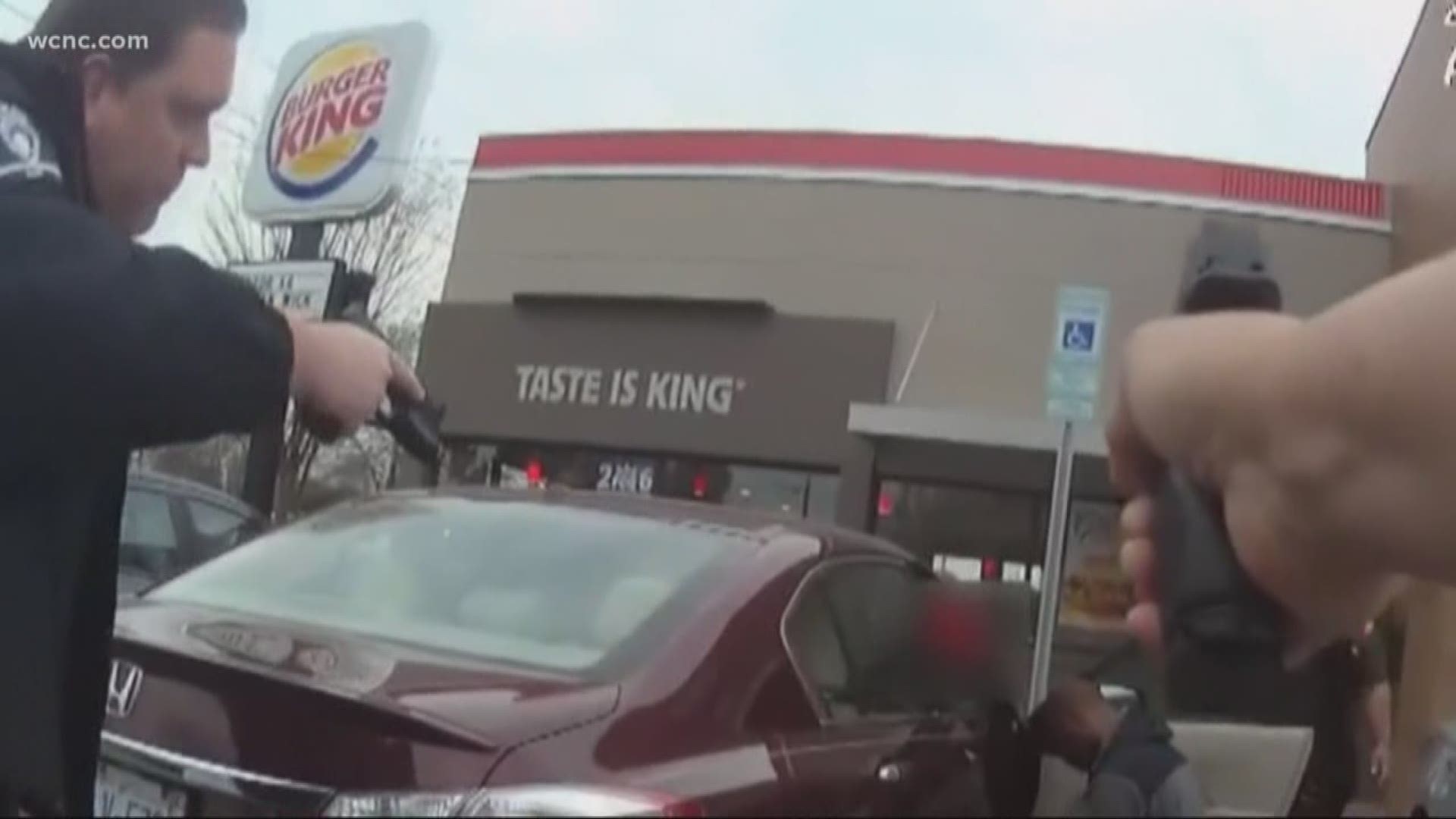 CHARLOTTE, N.C. — One of the Charlotte-Mecklenburg Police officers on the scene of a deadly shooting at a Burger King on Beatties Ford Road was suspended by the department earlier this month, CMPD confirmed.

A CMPD spokesperson said Officer Larry Deal was placed on "active suspension" on April 5 for a February incident that was not related to the officer-involving shooting of Danquirs Franklin. Franklin was shot and killed by CMPD officer Wende Kerl on March 25.

CMPD Chief Kerr Putney said an internal investigation of March's shooting is ongoing and said CMPD is working to find out why only one body camera was on and working during the incident. Deal was not wearing a body camera at all. Putney said it is a major violation for a CMPD officer to not wear their body camera or have it turned on while working.

RELATED: 'We've been trying to grieve' | Mother of Danquirs Franklin's children speaks out on police shooting

RELATED: Putney: Deadly shooting 'one of the most troubling videos I've seen'