Sheriff McFadden said in a statement that MCSO is required by law to release individuals from custody after satisfying bond and court-ordered conditions of release. 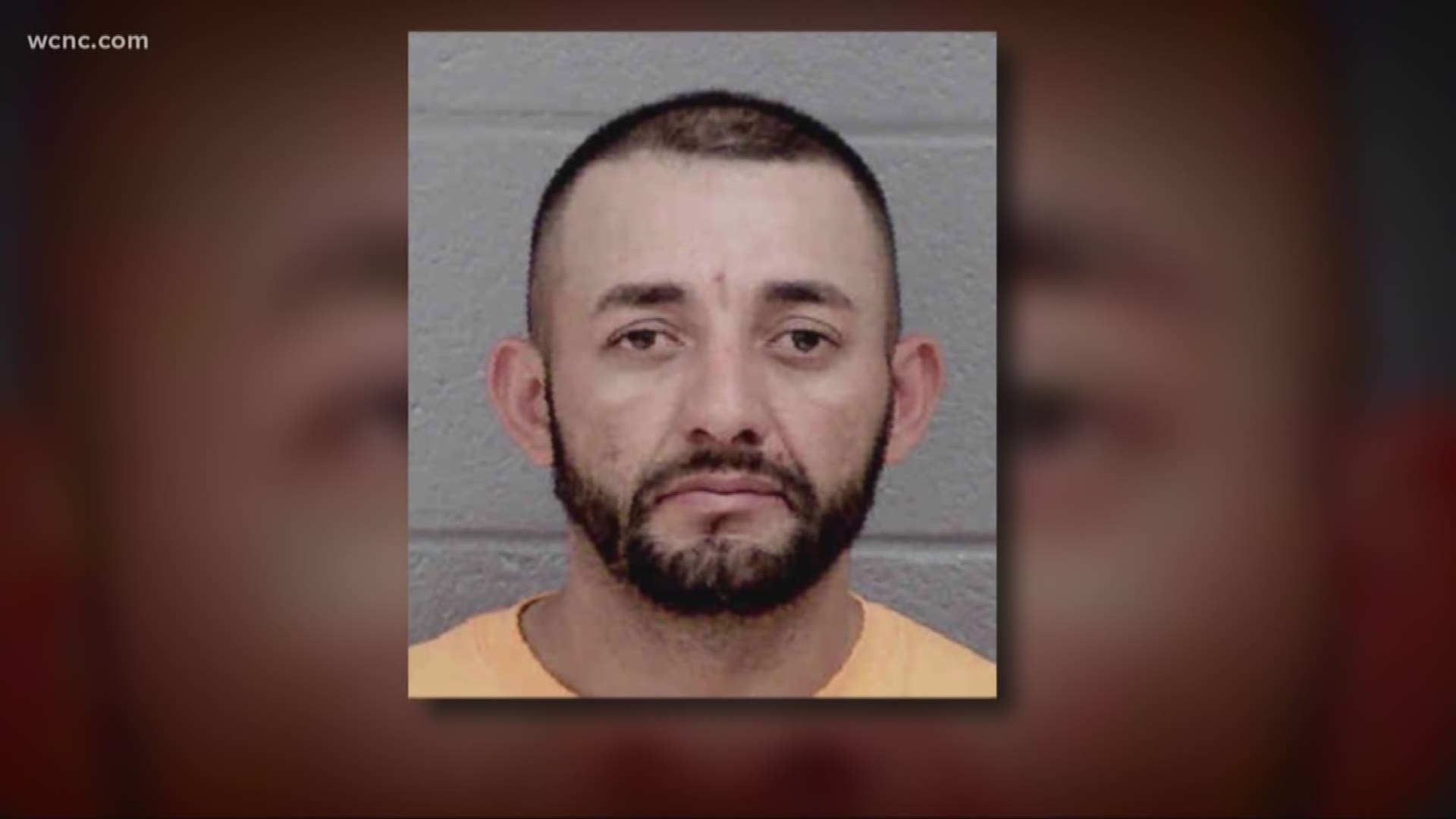 CHARLOTTE, N.C. — On May 23, 37-year-old Luis Pineda-Ancheta was arrested on domestic violence charges.

Pineda-Ancheta had outstanding warrants for his arrest for multiple charges including kidnapping, strangulation, and assault on a female regarding a domestic violence assault that took place on May 21.

RELATED: CMPD was searching for him for 9 hours. He was hiding in the walls and ceilings

According to Immigration and Customs Enforcement spokesman Bryan Cox, Pineda-Ancheta was released from custody Saturday night without ICE being notified.

An ICE fugitive operations team located and arrested Pineda-Ancheta around noon Sunday in south Charlotte, in the 6500 block of Wisteria Drive, Cox confirmed.

In a statement given to NBC Charlotte, Cox said:

“U.S. Immigration and Customs Enforcement arrested unlawfully present Honduran national Luis Pineda-Anchecta during a targeted enforcement operation in Charlotte June 2 following his release from local criminal custody after the Mecklenburg County Sheriff’s Office refused to honor an ICE detainer, nor even notify ICE of his release, and instead released an unlawfully present foreign national facing serious criminal charges onto the streets of Charlotte. Mr. Pineda-Anchecta now faces federal felony prosecution for illegally reentering the U.S. after deportation. After the resolution of that federal prosecution he is subject to removal again to Honduras.”

In a previous statement from May 24, ICE Atlanta Field Office Director Sean Gallagher said that ICE issued a detainer for Pineda-Anchecta following his arrest for felony larceny and assault on a female May 15 by local law enforcement in Mecklenburg County, but that this was not honored when he was released from custody May 17.

Gallagher also says in the statement that Pineda-Anchecta is alleged to have assaulted the same victim again and was charged with felony kidnapping, felony assault by strangulation and violating a protective order. ICE issued another immigration detainer on Mecklenburg County on May 24, according to the statement.

When Pineda-Ancheta was arrested May 23, CMPD confirmed he had outstanding warrants for his arrest for multiple charges including kidnapping, strangulation, and assault on a female regarding a domestic violence assault that took place on May 21.

The statement from Sheriff McFadden continues, in part.

"My decision that MCSO will no longer honor voluntary ICE administrative detainers is not the sole reason for Pineda-Ancheta’s releases on May 17th or on June 1st . Different discretionary decisions of multiple stakeholders in the criminal justice system, including judicial and law enforcement (in particular ICE’s own discretion), must also be acknowledged and addressed by those who believe that Pineda-Ancheta should have been kept in custody and then placed directly into deportation proceedings. At the time of Pineda-Ancheta’s initial arrest on May 15, MCSO had no knowledge that he was previously deported in 2006. However, that information was readily available to ICE. Furthermore, it is a federal felony to re-enter the United States after having been previously deported."

Sheriff McFadden also says that ICE chose to issue voluntary administrative detainers on Pineda-Ancheta knowing that he has a policy against honoring those detainers.

"Based upon Pineda-Ancheta’s previous deportation, ICE could have but did not seek a criminal arrest warrant for Illegal Re-Entry. The reasons for that decision have yet to be satisfactorily explained to me or to the public," Sheriff McFadden said in the statement.

McFadden said as of June 3, MCSO did not have any information regarding current federal charges against Pineda-Ancheta or his current location.

Charlotte family reunites with dog who ran away after rollover accident