Police said some of the guns used in the deadly shooting on Beatties Ford Road have been connected to other crimes in Charlotte. No arrests have been made. 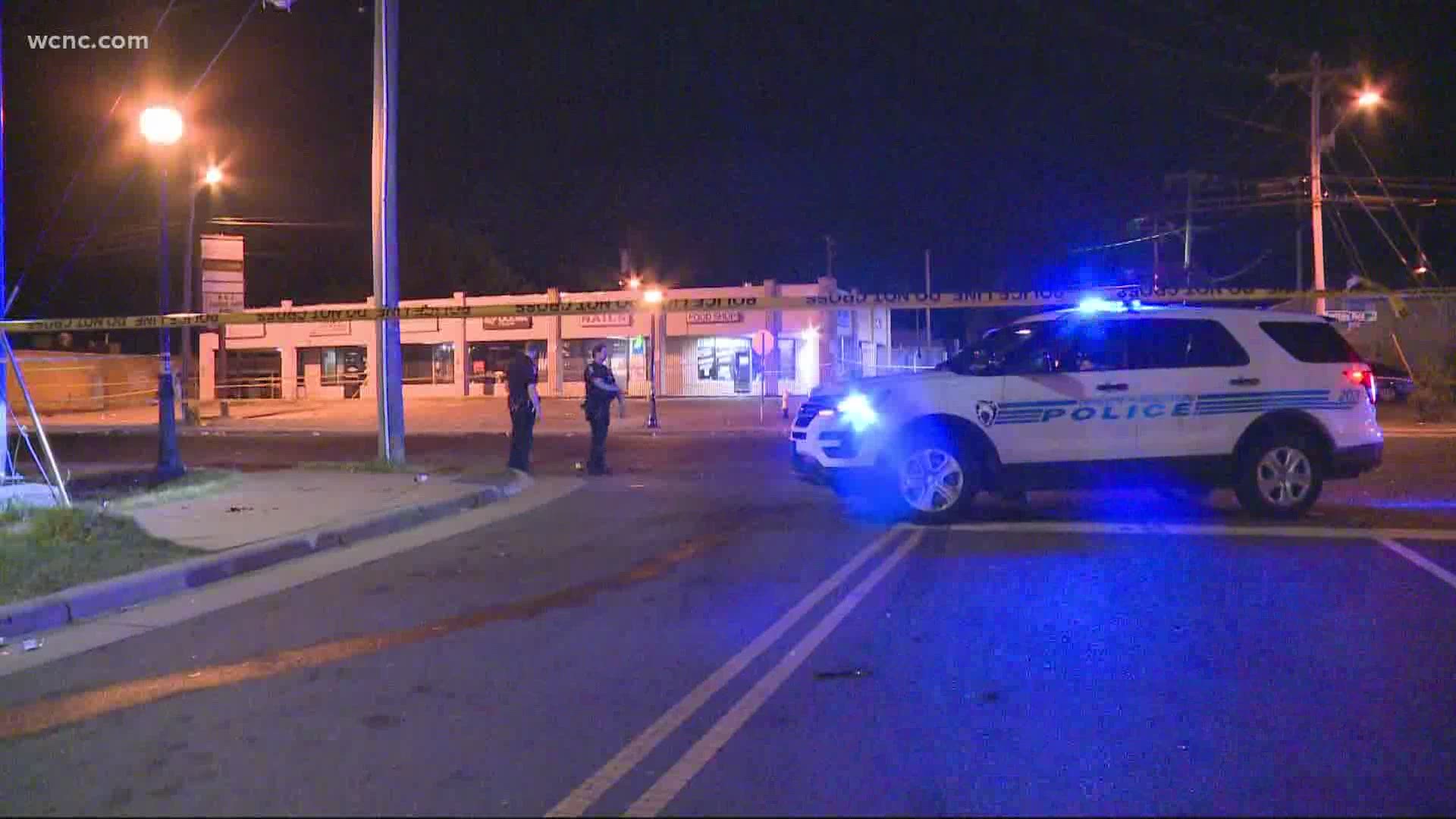 "This is a front burner case and will remain on the front burner," said Deputy Chief Gerald Smith. "Nine people were shot, five others were hit by cars."

During a press conference Wednesday morning, Smith said investigators recovered 181 shell casings at the scene. Smith said multiple types of weapons were used and some of those firearms have been linked to other crimes in Charlotte.

"Some of those rounds were connected to other cases," Smith said. "These guns were not only involved in one crime but other crimes around the city. That's a concern."

As of Wednesday, CMPD still hasn't determined a motive in the shooting. Smith confirmed a woman was hit by a car, which prompted the response from Medic and police. Smith said the alleged hit-and-run happened on La Salle Street, and that one of the victims who died at the scene wasn't shot, they were hit by a car.

"It's still just as senseless to us now as it was the night that it happened," said CMPD Deputy Chief Gerald Smith. "Why did this happen? Why did this occur?"

Smith told reporters it's unclear if the shooters were targeting a specific person or people in the crowd.

CMPD said they've had multiple witnesses come forward to help with the investigation. Smith said those witnesses have offered to be interviewed, provided video of the shootout and called the anonymous Crime Stoppers tip line. Smith said numerous names have "popped up" during the investigation but CMPD hasn't yet named any suspects in the case.

Smith also addressed a video that's been circulating social media since the night of the shooting that shows a CMPD officer armed with a rifle in the crowd. Smith said the officer, who hasn't been named, had just arrived at the scene and bullets were still flying. He was approached by a community activist who requested help for a shooting victim, according to CMPD.

"He is assessing things and he is seeing the carnage," Smith said. "He gets out of his car, shots are fired and he assumes that this scene is still hot, that this is an active shooter scene. He goes, grabs his rifle and starts looking for threats. That's about the time the video on social media kicks in. Seconds before that, bullets were still flying. He is clearing the area looking for threats."

CMPD announced Kelly Miller and Christopher Gleaton died the night of the incident, and Jamaa Cassell died the next day in the hospital. Family members of Dairyon Stevenson revealed to WCNC on Tuesday he was another one of the victims and had to be taken off life support.