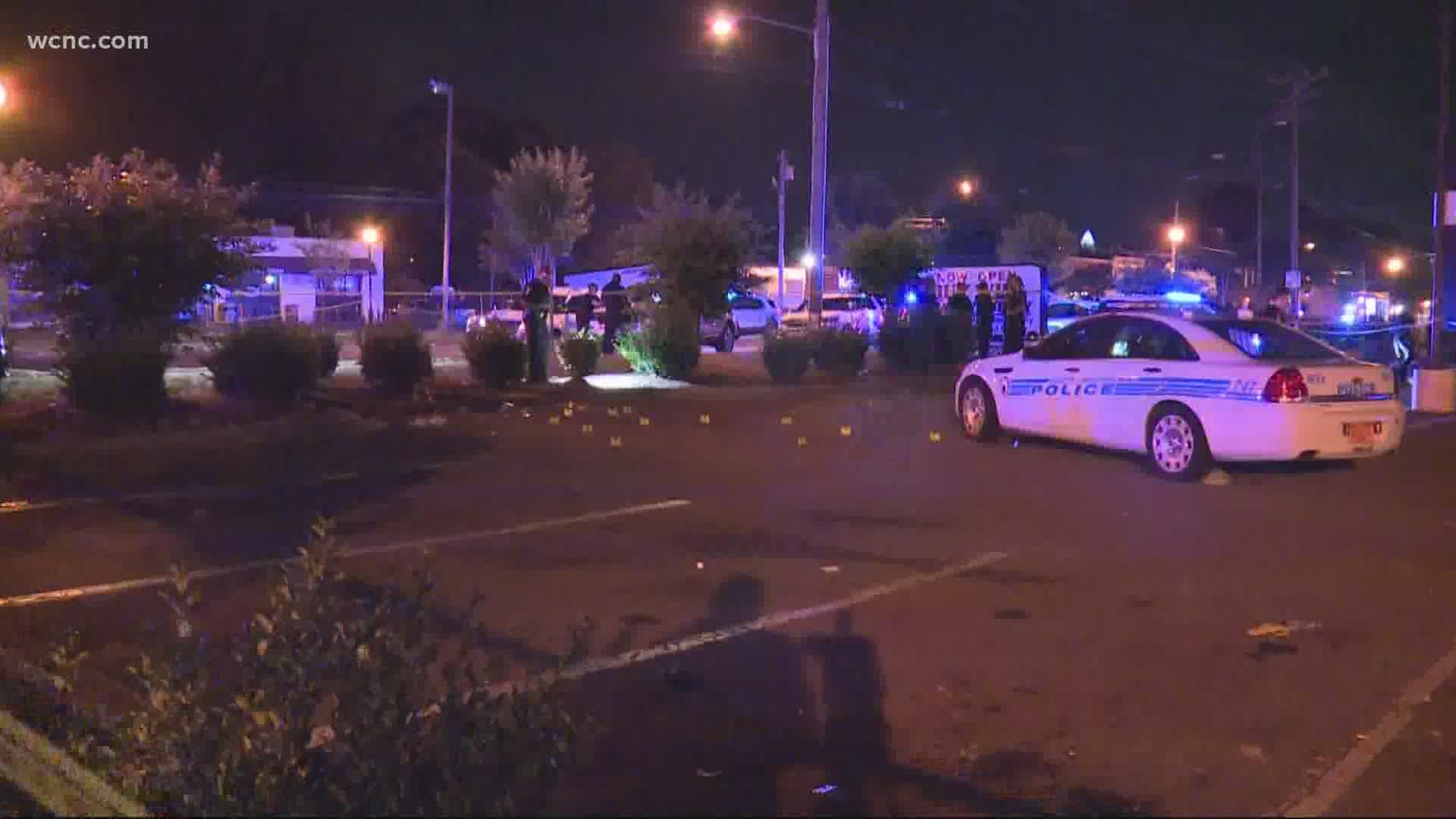 According to Charlotte-Mecklenburg Police, officers responded to a report of a pedestrian being hit on Beatties Ford Road around 12:30 a.m. When a Medic ambulance reached the scene, shots were fired into the crowd.

CMPD confirmed Monday that three people have died. On Tuesday, family members told WCNC Charlotte that Dairyon Johnson died as a result of his injuries. He's the fourth known victim to die after the shooting.

Originally, CMPD said there were two victims who died from gunshot wounds, seven victims who had been shot, and five others were hit by vehicles during the incident. Monday afternoon, CMPD confirmed a third person had died, but CMPD has not confirmed if that individual was one of the seven who had been shot.

Witnesses said the chaos broke out during what was supposed to be the last night of Juneteenth celebrations. A video posted on Twitter showed the scene when an ambulance arrived for a report of someone being hit by a car. It was at this time that shots were fired, with more than 20 shots being heard on video.

CMPD Deputy Chief Gerald Smith said they believe upwards of 400 people were at Sunday night's celebration. As of 4 p.m. Monday, it's not known if any witnesses have come forward with information – however, CMPD has released video from the evening that does not show the shooting.

Smith also said officers believe over 100 shots were fired during the incident, saying video from the shootout indicates weapons of multiple calibers were fired.

Charotte Mayor Vi Lyles issued a statement on Twitter, saying in part, "What should have been a joyous celebration of freedom, became a moment where people lost their lives and many others suffered serious injuries. While I do feel that we have made progress on violent crime, we still have more work to do. This type of tragedy cannot continue to happen in our city."

Lyles also pleaded for anyone with information to come forward to police.

"I heard about 60 or 70 shots, sounded like, people were running everywhere, cars were leaving," said one person. "It's just sad someone took something that was an event that was supposed to be an event and turned it into a massacre, a nightmare for families. People lost their loved ones, people out here in the streets dead. Charlotte's better than this."

Police said Beatties Ford Road will be closed from Dr. Webber Drive to La Salle Street for several hours while they investigate.

1 / 8
WCNC
Evidence markers on the ground along Beatties Ford Road in north Charlotte.

Another man said it felt like shots were coming from all sides.