Customers at QT in Lake Wylie are now looking over their shoulders. 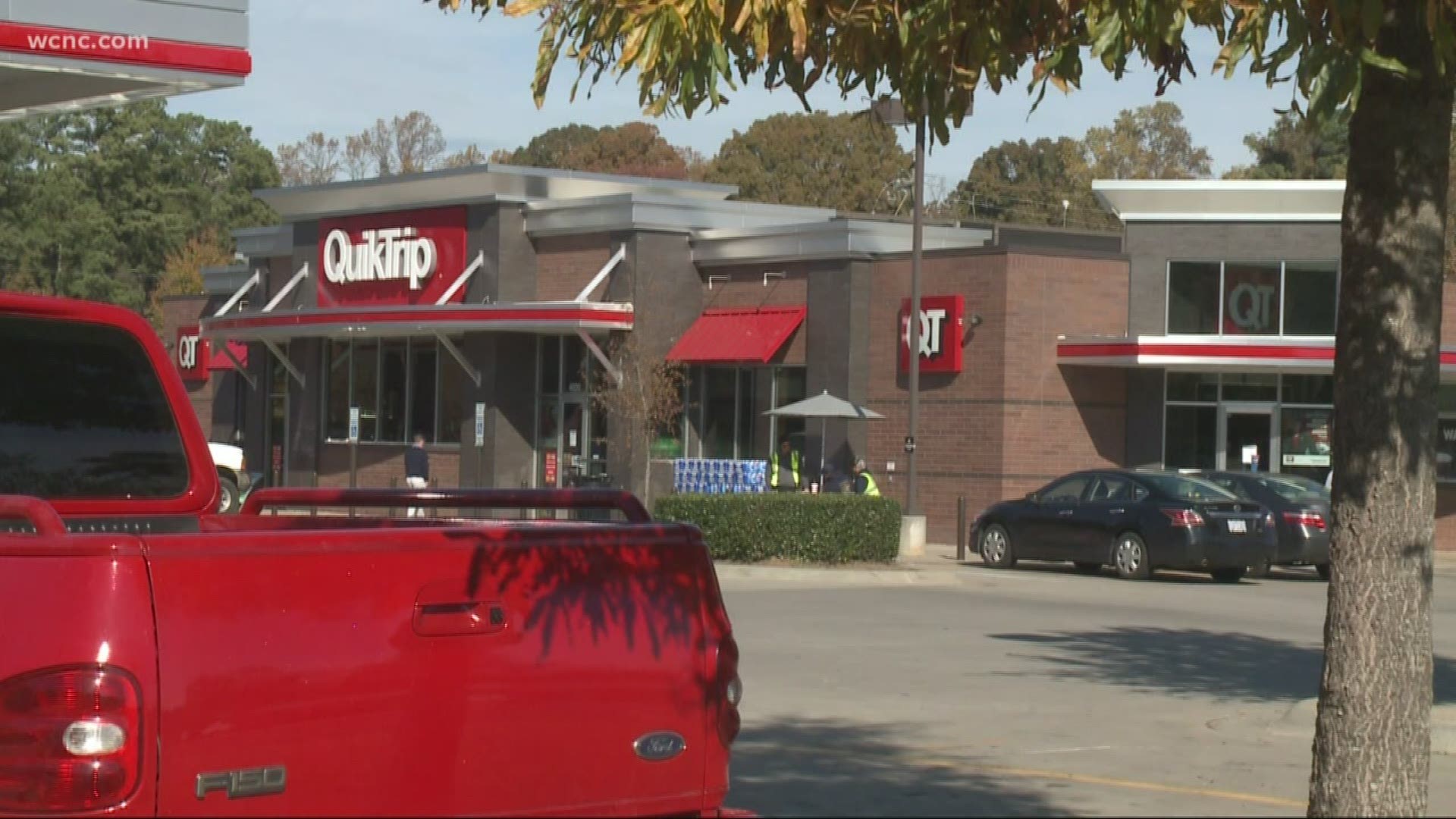 YORK COUNTY, S.C. — A gunman stole a woman's car while she was pumping gas at a convenience store in York County, police said.

It happened at Quick Trip on Charlotte Highway near the state line around 5 p.m. Wednesday.

The woman said she was standing at the pump when she was approached by a man with a gun who took her car and everything in it.

Customers at QT in Lake Wylie are now looking over their shoulders.

"You can't be careful enough, I guess."

The suspect showed the 64-year-old woman a gun then got in her Lexus and drove away.

"How could it happen in such a busy place?"

A spokesperson said detectives are now reviewing surveillance video to try to get more clues about what happened and how.

A violent crime like this is unusual for the area.

We took a look at recent crime reports from the last month and found a couple of thefts, breaking and entering, but nothing like this.

"I would say that's desperate or something and it troubles me and I am deeply sorry and I hope they find the car and the purse and restore it to the lady."

There was $1,000 in the woman's purse plus a $2,500 laptop in the car. Police said they found the car in Charlotte, however, they still haven't found the suspect.

Follow your favorite topics on the new WCNC mobile app

Young woman battling cancer, mold says apartment is making her pay rent after she moves out for treatment