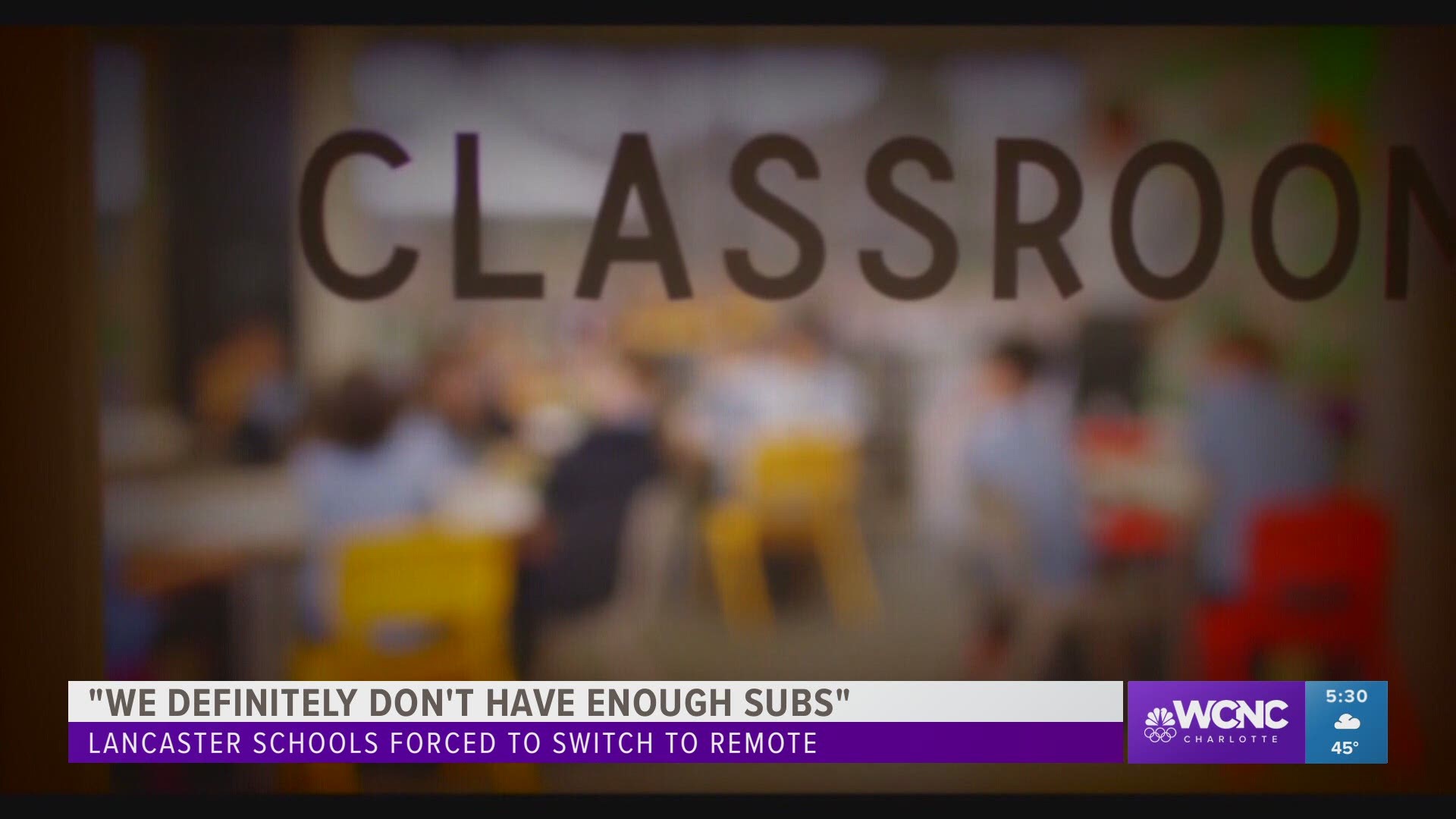 “It feels like a no-win situation but we’re doing the best we can,” said Superintendent Dr. Jonathan Phipps.

Lancaster County School District is home to 22 schools. By Monday, district leaders announced more than 20% of them would have to operate under the remote instruction model due to “staffing issues.”

Phipps said the district saw 104 positive cases in the first week back from winter break. In addition to the positive cases, there were 887 students and staff in quarantine; of those 887, 194 were staff members.

Most of the cases are in elementary schools, Phipps said, pointing out those schools are the ones that are open for in-person instruction four days a week.

RELATED: Union County Public Schools head back to the classroom for in-person learning

“This morning for one of the elementary schools to open… I sent two people from the district offices to teach classes today,” Phipps said.

Substitute teacher shortages continue to be reported across the state of South Carolina.

“There’s a lot of subs that used to sub and this year they’re like no, we’re not gonna sub this year, maybe when things get back to normal you can give me a call,” said high school teacher Ali Tracy-McHenry.

South Carolina also started the academic year with 700 vacancies in public schools. The pandemic has now compounded those shortages in many communities.

In Lancaster County schools, masks are required and desks are spaced apart or have plexiglass dividers installed.

Phipps attributed the rise in cases connected to the schools with people gathering with family and friends over winter break.

At the start of the school year, the target was a percent positive rate of under 5%.

“This is the highest it’s ever been,” Phipps said. “We’re doing all we can to keep people safe short of going full virtual.”

Phipps said, because of shortages and rising case counts in the community and the schools, he expects school closings to continue for the remainder of the semester.

“I’m afraid that this is our norm for a while,” Phipps said. “Hats off to our teachers, it’s exhausting,”

Here is the list of schools that switched to remote learning through Jan. 25: