More than 500 Charlotte-Mecklenburg Schools teachers have left since August, with another 93 pending retirements or resignations through the end of 2021. 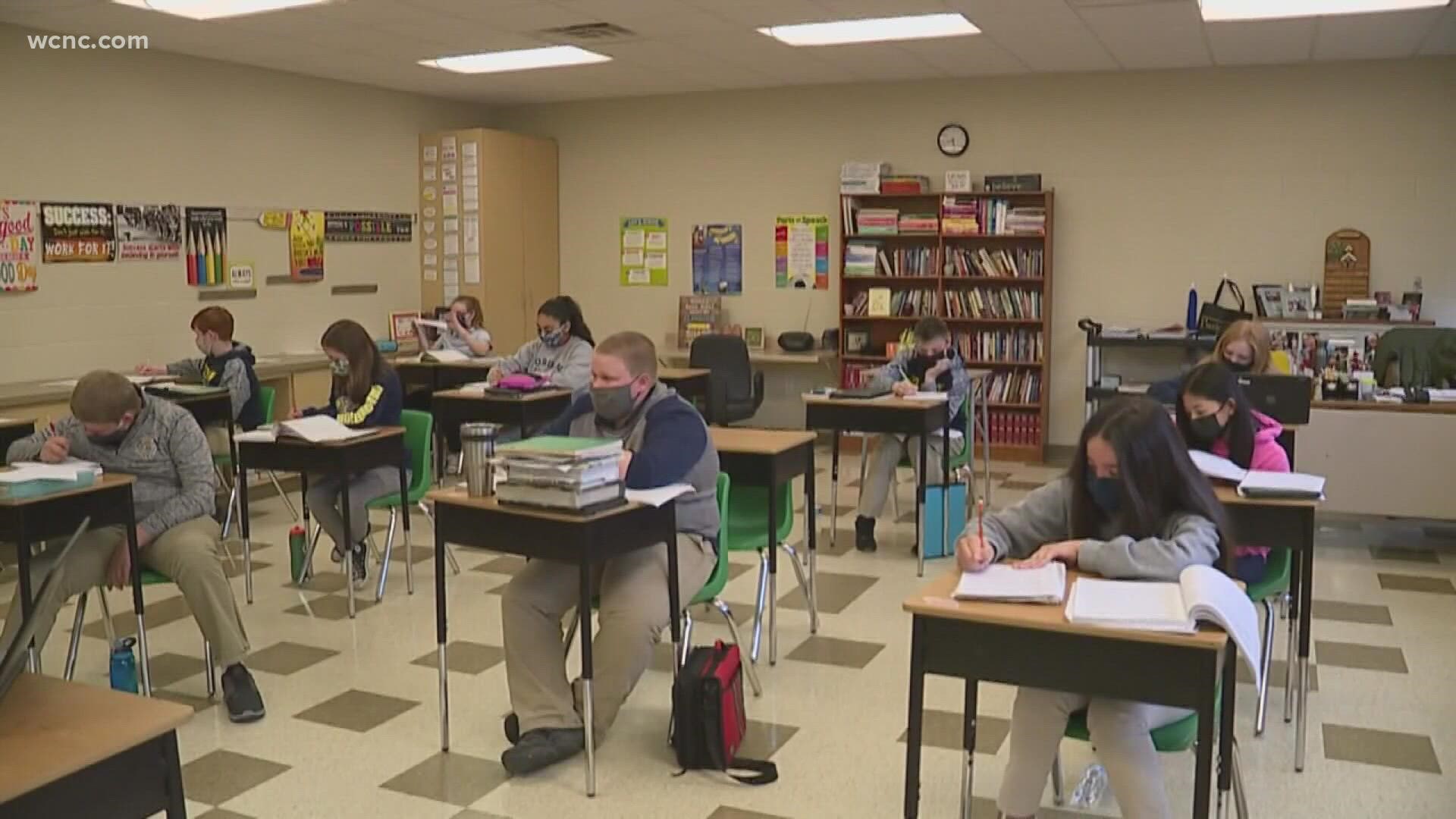 CHARLOTTE, N.C. — A teacher shortage affecting districts nationwide has impacted the Charlotte-Mecklenburg Schools (CMS) District as well. According to data shared with WCNC Charlotte, since Aug. 1, 524 teachers left the CMS school district. By Dec. 31, 93 more teachers have plans to leave.

The district says it has 9,205 active teachers.

“Over the past 10 years in particular, there's just been a chipping away of benefits and extra pay incentives," CMS School Board Member Jennifer De La Jara said. "And it has left many of our educators feeling undervalued and underappreciated.”

One teacher who left the CMS school district, and teaching in general, is Stephanie Misko. Misko left teaching for a job in the tech industry in June of 2021 after teaching English for eight years.

"It felt like every year as a teacher, the job became harder and a little less of what I love about teaching," Misko said. "I felt a lot of guilt about leaving students that I care a lot about. And maybe in some ways giving up on something I'm passionate about.”

She said the pandemic was the final straw.

Misko describes feeling less anxiety and more peace since leaving the profession, though she says she misses her students.

'They're really tired, but they don't know what else they would do'

De La Jara said it'll take a complete revamping of the education system to do right by teachers.  She says the legislature and the governor are negotiating a 3-10% pay increase for teachers in the next budget.

But De La Jara also says it’ll take a complete revamping of the education system to do right by teachers. She points to the Leandro lawsuit, which after 27 years in the court system still hasn't been resolved, as proof that North Carolina as a whole needs to do better.

"We hear a lot in our community about our students not performing as well they could," De La Jara said. "And then folks don't necessarily make the connection that two judges have declared that the state has failed in its obligation to provide a sound basic education."

De La Jara said in March, a judge laid out a comprehensive remedial plan, and gave the state legislature until Oct. 15 to respond.

"They have not, and so now it's been extended a few weeks," De La Jara said. "It is an ongoing fight."

Misko said the teachers who are in the school district continue to experience burnout.

"They're really tired, but they don't know what else they would do," Misko said. "Now that I've left the classroom, I've realized just how capable I am of doing so many things, and my colleagues, too."

De La Jara believes that part of solving the issues teachers and students face is through elected officials.

"Many people think that education should not be political," said De La Jara, "One of the messages that I try to help folks understand is that it is political because politicians control it -- the policy, what we can teach, teaching standards, and funding models."

Earlier this month, CMS announced a new guest teacher program to help alleviate overworked teachers. The program will bring on new full-time "guest teachers" at 42 schools across the district in an effort to relieve teachers who are covering multiple classes each day.

Last week, CMS announced it was raising the starting pay for bus drivers to over $17 an hour in an attempt to recruit new drivers and retain current employees.

Data obtained by WCNC Charlotte shows CMS has substantially fewer subs than in years past. During the 2017-18 school year, CMS has 2,747 subs. That number has decreased each year since, down to 1,123 last school year during the pandemic. But so far, only 365 people are working as subs this year.

North Carolina is among the 15 states that don't require any specific education or licensure requirements for substitute teachers.

WCNC Charlotte reached out CMS for an interview. The district said nobody was available by the story's deadline. 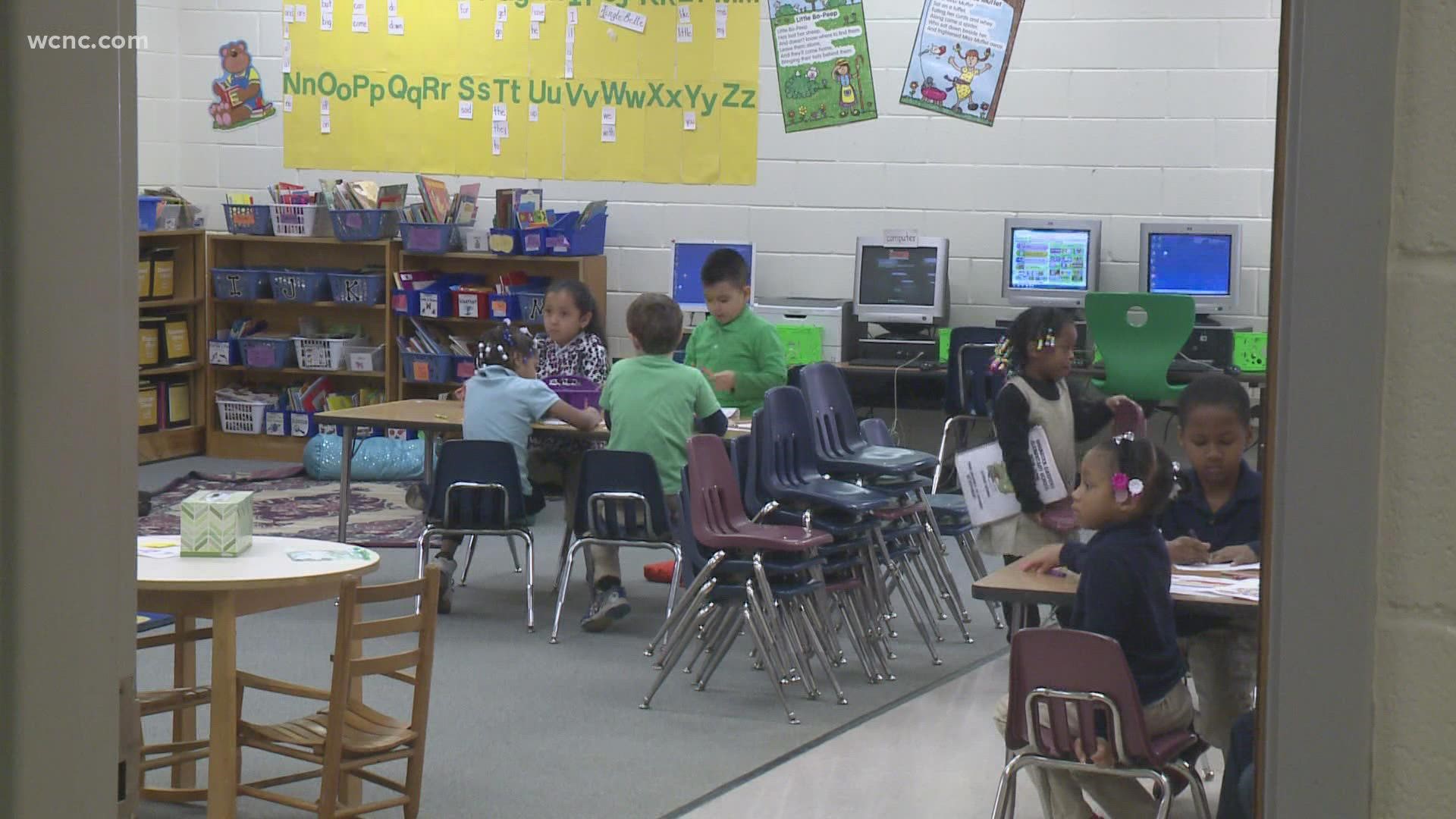