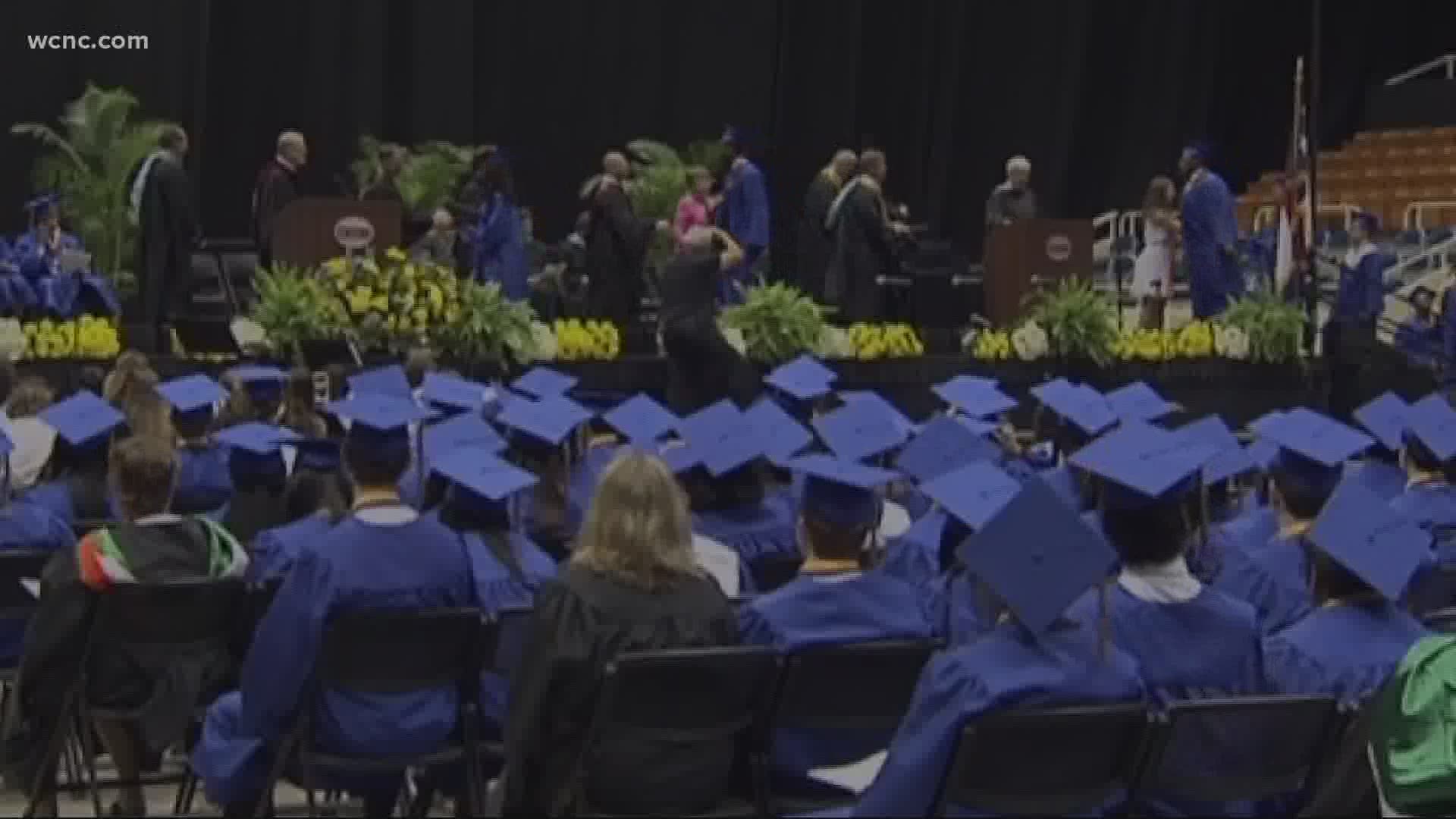 CHARLOTTE, N.C. — Charlotte-Mecklenburg Schools announced its recommendation for graduation ceremonies for the class of 2020 Tuesday night, with the district offering a plan that would combine an in-person graduation in the fall with a drive-through celebration after the school year.

That plan will include an in-person ceremony later in the year along with a drive-through celebration.Winston said the in-person graduations will be organized by each school and held in the fall. Dates and locations will be determined later.

Board members said they were unable to use Charlotte Motor Speedway for graduation, like schools in Cabarrus County. Officials said CMS has many more students, meaning time and safety constraints are at play.

All ceremonies will be held in accordance with CDC guidelines, CMS board members said Tuesday.

Kim Jones was among the several parents and students who spoke during the virtual CMS meeting Tuesday night. She says her daughter is a senior and will be the last of her children to graduate.

Jones says she knows she's missing out on the full senior experience.

"I've cried with her. I'm still crying, I'm still very emotional," Jones said. "As a parent, you want them to have all of the opportunity, and while we say we're trying to make this as personable, it just doesn't seem very personable."

"This was literally a slap in the face," said Ashley Adam, a senior who also spoke during the meeting.

CMS says it came to the decision after organizing a task force, made up of school officials, parents, and students. It also sifted through hundreds of suggestions and polled 5,000 seniors — roughly half the senior class, on their favored of three options.

The district says COVID-19 restrictions tied its hands on many fronts. It says the county health department was frank--there will be no large gatherings in the next several weeks.

During the meeting, a parent questioned why schools couldn't decide their own plans. The district says it's important to keep ceremonies uniform and fair across all schools.

Erica Nolan, a senior and student body president at Hawthorne Academy, served on the graduation task force and said she thought the process was fair and representative of multiple points of view.

"Walking the stage was something that I definitely looked forward to as a senior, but I understand that safety and putting other lives at risk--that's something we don't want to do," said Nolan. "I guess I've come to terms with the decision that has been made because I know it's not just about me and what I want."

RELATED: Drive-in graduation to be held for Clover High School