Documentary Film Maker Tim Gray asked the Davidson College History Department to be part of the research for his upcoming film on going back to Iwo Jima. 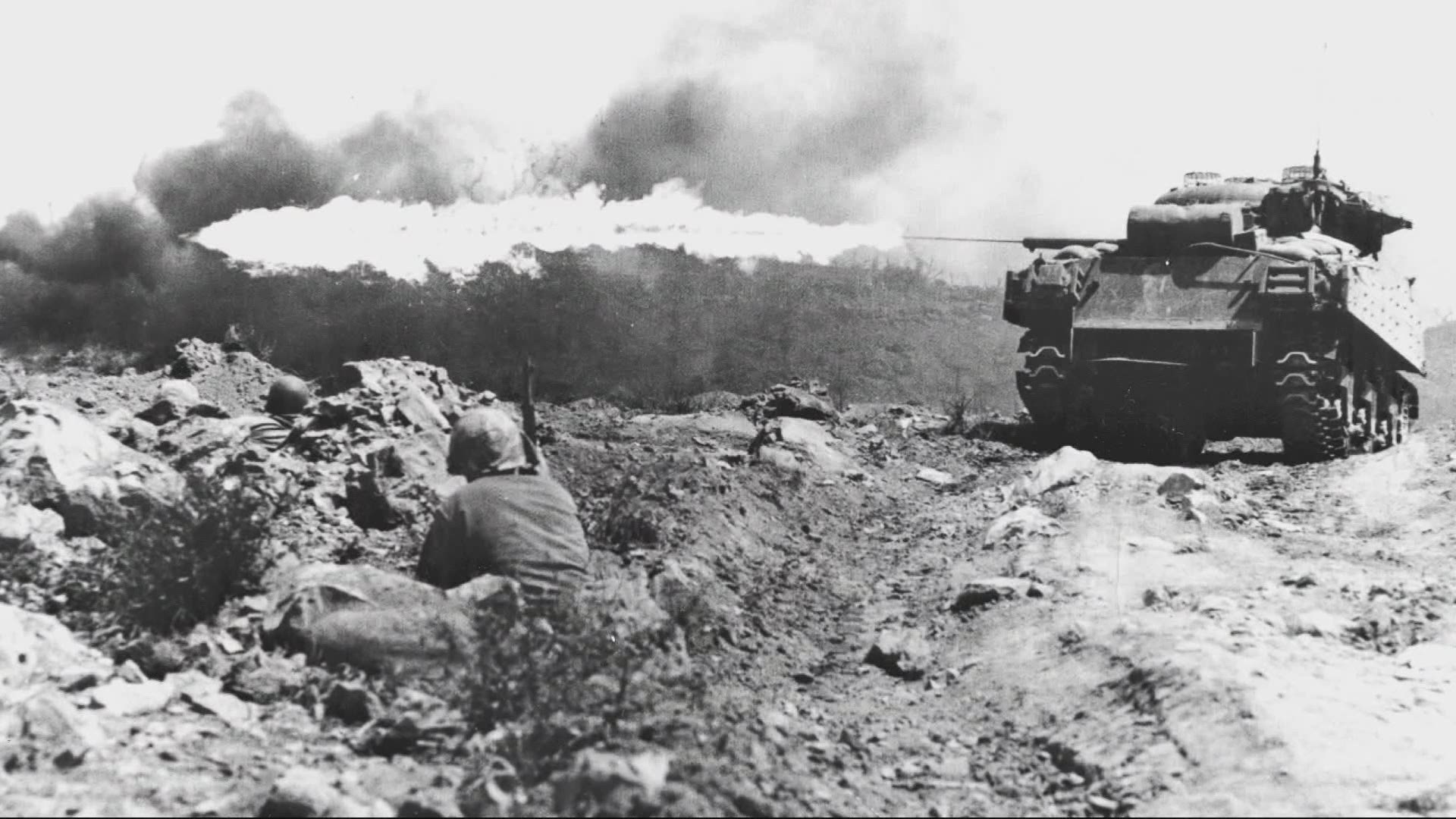 DAVIDSON, N.C. — In a Davidson College history class, the historic Battle of Iwo Jima, from February 1945, isn't just being taught. It's being experienced.

Documentary filmmaker Tim Gray, with the World War II Foundation, eagerly enlisted help from students when it was suggested they join the project.

How did it come about? A shared love of United States history. Tim Gray, the man producing the film, is a friend of Davidson men's basketball coach Bob McKillop, and the two bonded over their love of history.

"Bob mentioned the Iwo Jima documentary project to the history department, and soon after, an epic assignment was created," Gray said.

Davidson History Professor John Wertheimer jumped at the opportunity to use Gray’s film project as a tool to teach the past.

“Not just the pre-packaged past that someone else puts together, but some stories are hidden under the sands of time, so they students had to get in there dig it up themselves,” said Werthheimer.

Iwo Jima was one of the most important battles of World War II. American Marines wanted Iwo Jima for its airstrips, which would be strategic for the coming invasion of Japan.

“So we are doing a film about returning to Iwo Jima, with some veterans, and it’s being narrated by Actor Gary Sinise," Gray said. "And so when I connected with John, we both agreed, wouldn’t it be great to get his students involved from a research stand point, to get them digging in the weeds to get them to find things maybe we wouldn’t have noticed."

Gabe Jones is a Davidson freshman, a history buff whose research on this documentary yielded a great find, a Japanese news reel which was propaganda for their homeland.

“There was actual video of them practicing bonsai maneuvers, anti-tank maneuvers and assembling flame throwers, it was really interesting to watch,” said Jones.

Junior Charlotte Jenkins dove in with her assignment, finding more of the human side of marines before, during and after the battle. “

Yeah, this is the most exciting school project I have ever been involved with," Jenkins said.

Students in present day 2021 are realizing the fate of the world in 1945 was in the hands of people like them.

"The majority of people that fought in that battle were between the ages of 18 and 25, so people my age going out there to do what I couldn’t even imagine,” said Jones.

The trip back to the island has been postponed two times because of the COVID-19 pandemic.

“Japan owns Iwo Jima, it was returned to them in the 1950s, and they only allow Americans on the island one day a year for memorial observances,” said Gray. “It’s like being in a memorial cemetery, it’s a very solemn place."