So what’s the holdup? NBC Charlotte sat down with State Superintendent Mark Johnson Monday to find out. 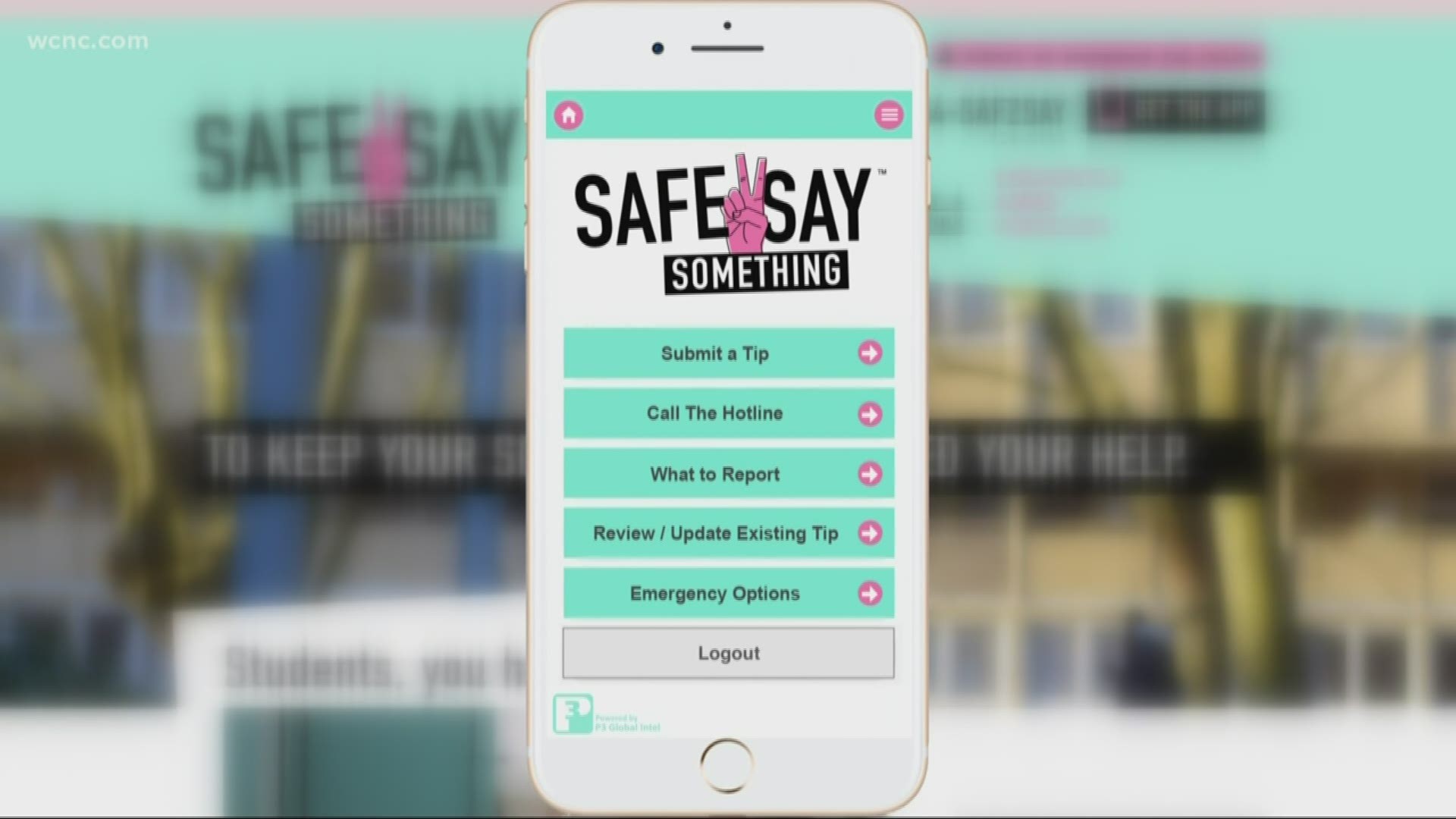 In early 2019, North Carolina Superintendent Mark Johnson announced the state would be rolling out a new anonymous school safety app at the start of the 2019-2020 school year.

The new school year is here; the app is not.

So what’s the holdup? NBC Charlotte sat down with Johnson Monday to find out.

“We’ve already built the connections in schools. It’s the 9-1-1 centers that have unfortunately taken time to get them on board,” said Johnson.

The Say Something anonymous reporting system was created to allow students in middle school and high school who see or hear something they think is dangerous to report it anonymously right on their phones.

Users can report observed threats, behaviors, actions, and harassment -- like bullying or a student talking about suicide or planning an attack.

It works when students first submit the anonymous tip. The tip is then filtered by a national command center that’s staffed 24/7 before being routed to either school administration or local 911 call centers.

“About probably 80 percent of the 911 centers are very excited about this; they have gotten on board 100-percent. There are some 911 centers that we have had to kind of twist their arms a little more to say this is happening,” said Johnson.

The app was created by Sandy Hook Promise who runs and funds the program. There are currently 5,100 schools across the country using the app. North Carolina will be just the second state to roll it out statewide.

“We are set for statewide launch at the beginning of next calendar year and we’re actually going to start launching it regionally before that,” said Johnson.

And although behind schedule, Johnson said if the app saves even just one life once rolled out, it will be worth the wait.

“We’ve seen too many tragedies happen because the warning signs were there, but the tips didn’t get to where they needed to go, or if they did, the right actions weren’t taken that could have prevented a terrible tragedy,” he said.