Hundreds of teachers planned to use a personal day Wednesday to call for pay raises they say they were promised back in May. 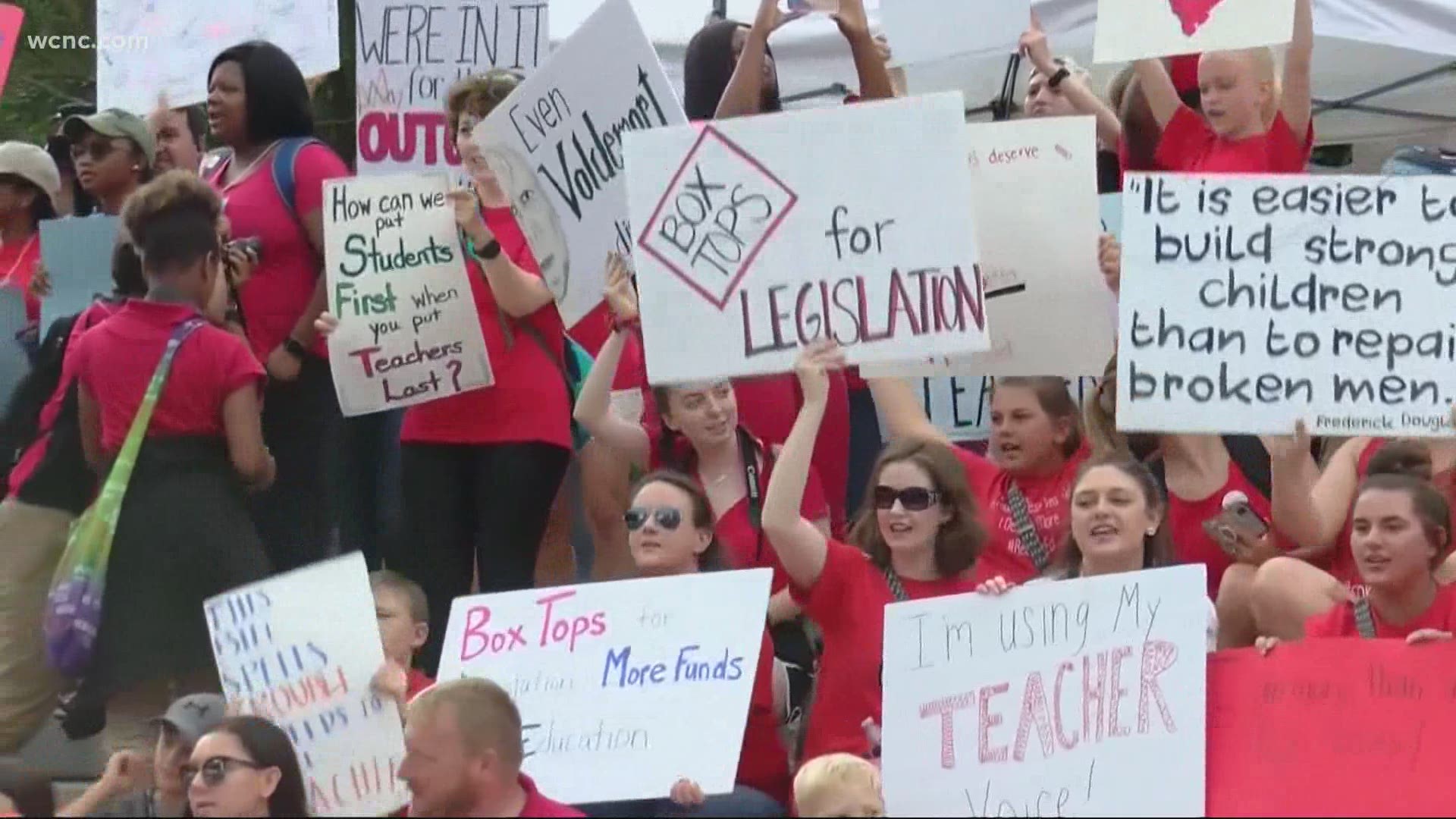 ROCK HILL, S.C. — Hundreds of teachers across the state of the South Carolina are planning to call of out of work in protest of teacher pay.

The group SC for ED is calling on teachers statewide to take Wednesday as a personal day and contact lawmakers to make good on their promises of releasing their annual pay increases.

The increases, also known as step increases, are given to educators each year for another year of teaching experience.

However, due to the pandemic, lawmakers froze the pay increases back in May in hopes of protecting the states’ economy and avoiding a recession. Lawmakers promised to give teachers the increases this month when they passed a new budget, but so far no action has been taken.

RELATED: Teacher pay raises up for debate in South Carolina

Saani Perry, a 9th grade algebra teacher says the lack of action by lawmakers is frustrating.

“Our salaries are still frozen and that risks furloughs in the future,” said Perry.

In addition to teaching, Perry is also a board member for SC for Ed, the organization spearheading Wednesday’s statewide protest. SC for Ed is encouraging educators to take a personal day and use their time to call lawmakers to demand their money.

“This is shot to our General Assembly to show what happens when teachers are not in the classroom,” said Perry. “We’re going to do a phone-a-thon throughout the day we are going to bombard the House making sure their phones are ringing off the hook to make sure they understand teachers are not okay with what they’re doing.”

Numerous studies have shown South Carolina ranks one the worst states in the country for teacher pay.

RELATED: Thousands of SC teachers considering calling out this week to advocate for better pay