More than 76-thousand people were there including, Steve Harvey, Monica and Jermaine Dupri. 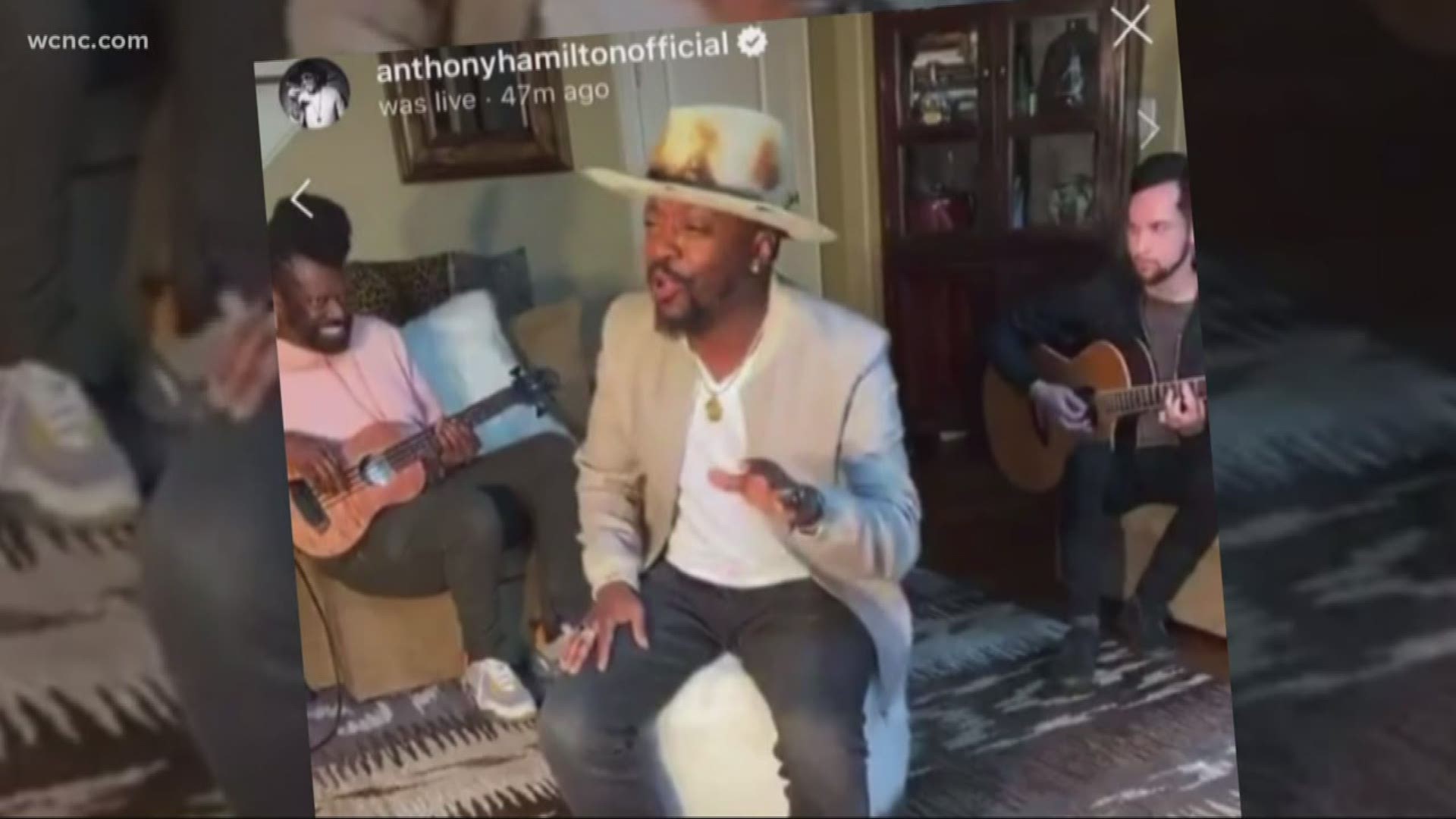 CHARLOTTE, N.C. — Charlotte native Anthony Hamilton, joined in on the fun Sunday night, singing for thousands, for more than an hour in his living room.

WCNC Charlotte’s Billie Jean Shaw spoke to Hamilton about the impact of music during this pandemic.

Sunday Charlotte’s very own Anthony Hamilton threw one of the hottest free concerts.

More than 76-thousand people were there including, Steve Harvey, Monica and Jermaine Dupri.

The neat part is, the whole thing was pulled off on Instagram live.

Hamilton is one of several entertainers now turning to social media to perform for their fans as tours are canceled across the nation amid the coronavirus pandemic.

Hamilton said just like many of you the coronavirus pandemic has impacted his job.

“You’re not able to tour, touring is a big part of someone’s career when it comes to supporting your family,” said Hamilton.

But the smooth sounds from this R&B singer can’t be stopped. He’s partnered with the World Health Organization and Global Citizen to host a series of “together at home” concerts—singing some of his classics and new hits live from his living room until things get back to normal.

Once the cameras stop rolling and the instruments are put away, Hamilton said he’s like every other parent out there, trying to navigate this new normal with three young kids.

“One son is 7 and the twins are nine. A lot of times they wake up before anybody,” Hamilton said with a smile. “They go straight to those little video games. Handheld games stop, stop, so I wake up to that.”

He said during this time he’s “cooking and doing laundry all day,” and making sure his sons are eating healthy and “not eating all the cookies.”

During this off-time Hamilton is also encouraging people to pour into their craft, for example, he’s now using his free time to put the finishing touches on his new album which is expected to drop soon.

“I have a new single, it’s called “Back Together,” and it’s featuring Rick James so we’re just going through making sure all the paperwork and everything is signed off on,” said Hamilton. That single is expected to be released in a “matter of days.”

Hamilton said features from a number of other artists on the album including from Rick Ross, Jacquees, Rhapsody and Ty Dolla $ign.

Anthony Hamilton will host his next free concert on his Instagram page @anthonyhamiltonofficial Sunday at 5 p.m.