“You’re going to see more business not able to sustain and close, it’s not something that’s off the table for us, to be completely honest." 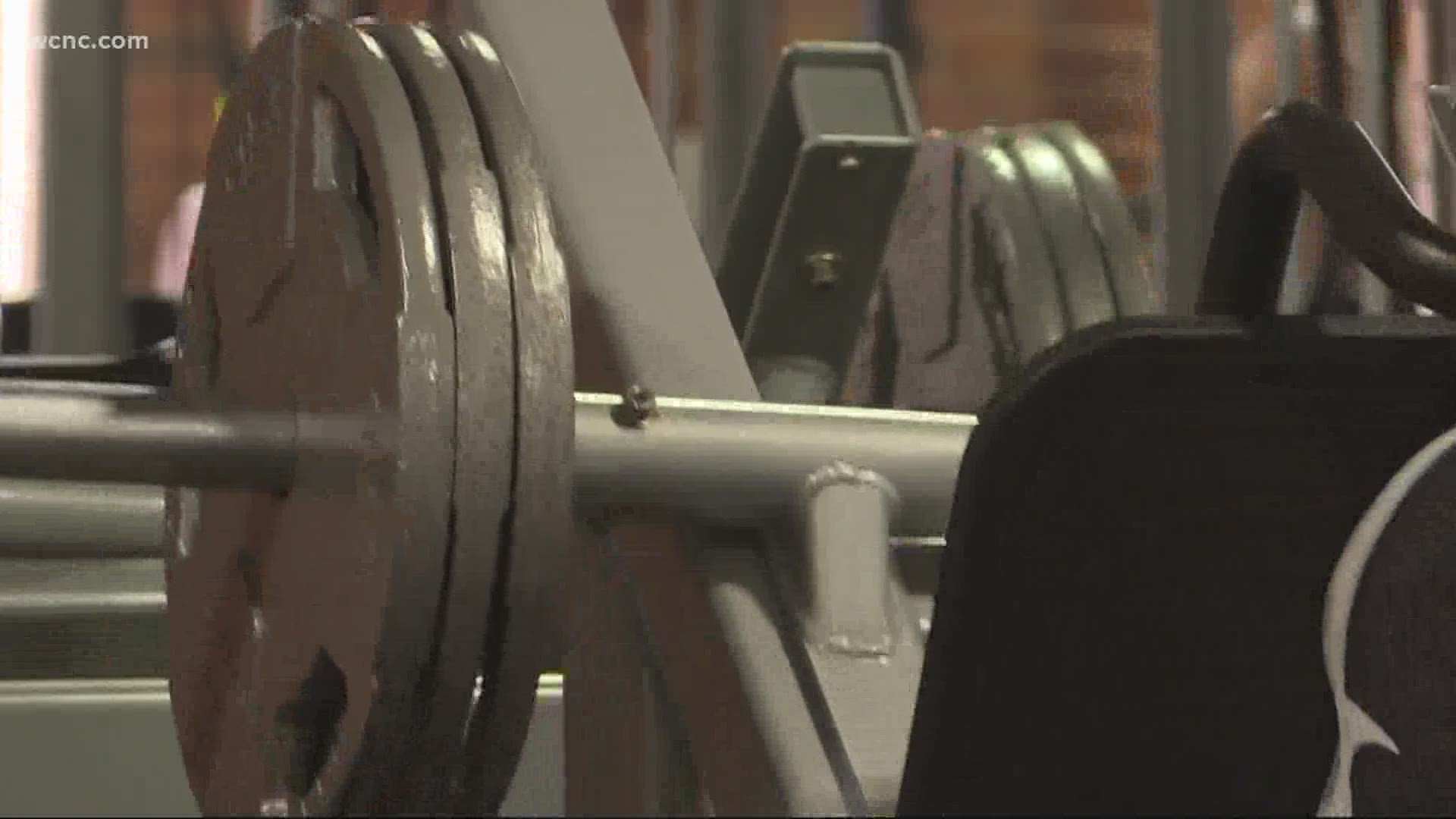 CHARLOTTE, N.C. — North Carolina could soon enter into the next phase of re-opening. Phase 3 would reopen all businesses — including bars and gyms.

But as new COVID-19 cases continue to rise, North Carolina Governor Roy Cooper hasn't decided if we will actually be moving forward to the next phase.

In the meantime, the owner of a yoga studio in NoDa says they aren't sure how much longer they'll be able to survive.

“There are still some of us who are struggling," Jillian Longsworth said.

Longsworth is the co-owner of NoDa Yoga. It's been four months since she's seen members in person.

“I would be lying if I woke up every single day with the glass half full," she said.

The final phase of the state's stay-at-home order that would reopen all businesses could be starting Friday at 5 p.m. But as COVID-19 cases continue to rise, many owners of bars, gyms and fitness studios in the area are wondering if Governor Cooper will give them the green light after all.

“It’s something that we wake up every single day, looking at the numbers to see if we are going to be part of that Phase 3," Longsworth said.

Longsworth says they've lost 70% of their business — it's a big blow.

“You’re going to see more business not able to sustain and close, it’s not something that’s off the table for us, to be completely honest," she said.

While the future is still uncertain, they are working on new health and sanitation guidelines, including where to place yoga mats so they are distanced enough, and even debating having yoga students wear masks.

After 11 years in NoDa, they hope their business will survive. She says if they only have a 50% capacity, it wouldn’t be enough people coming to classes to sustain their business.

Longsworth did have a word of advice for others during this time.