Nearly 20 years after they helped dig through Ground zero, many of those first responders suffer from lung damage that makes COVID-19 a scary proposition. 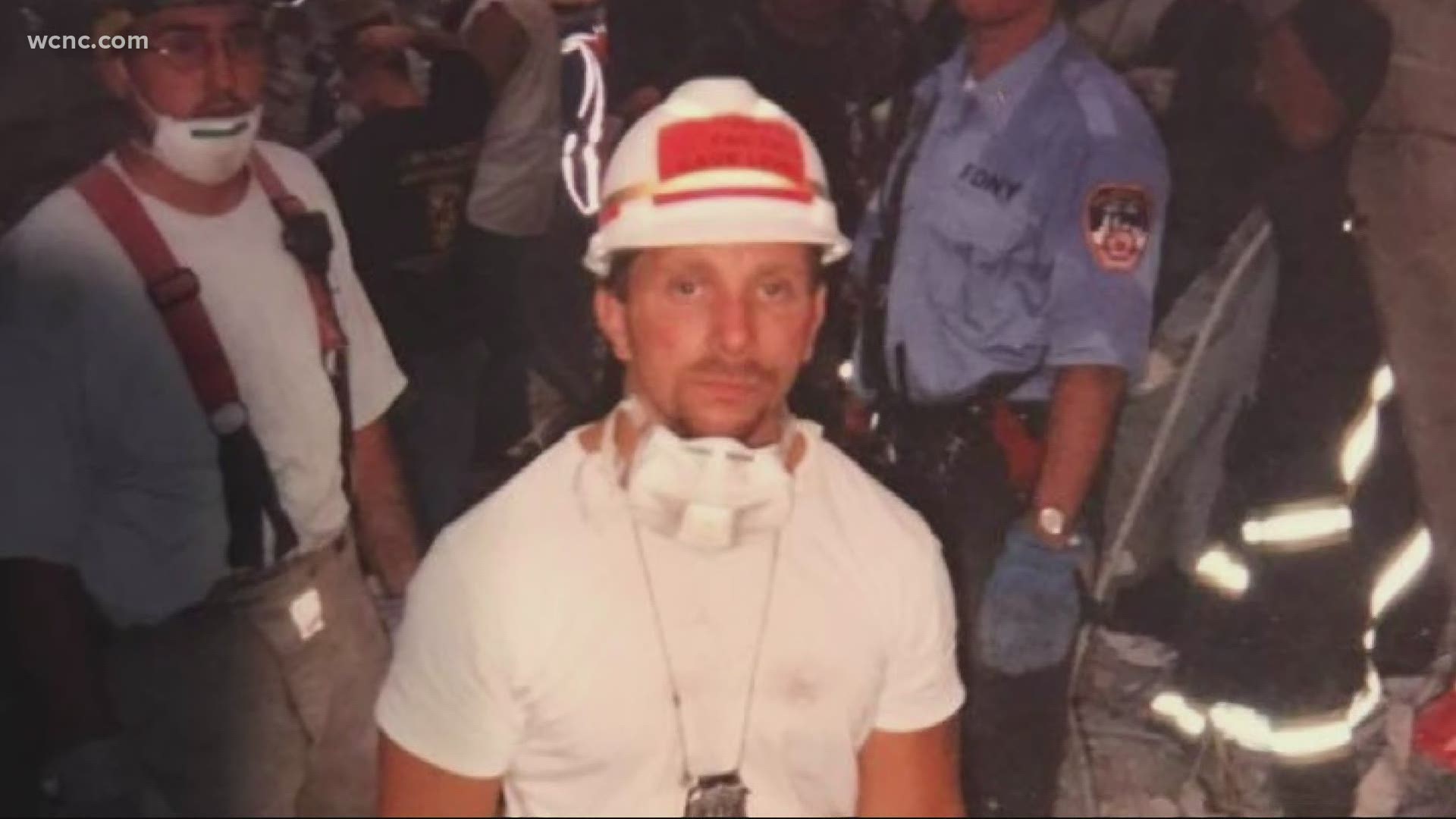 "It was very surreal just to see that amount of devastation is only what you see in a movie," Castrogiovanni said.

Still, he knew at the moment the destruction he was surrounded by would be with him long-term.

"The thing that struck me was a lot of what we were walking in was asbestos," he said.

Sure enough, he, like so many others who worked in the aftermath at ground zero, has reduced lung capacity today and that means the threat of COVID-19 is even scarier for him than others.

RELATED: "That is not acceptable" | Mecklenburg County announces youngest COVID-19 death so far in pandemic

"Oh absolutely I know guys have gotten sick and had a hard time with it," he said.

Michael Barasch’s law firm represents thousands of people across the country who have lingering health issues traced to ground zero and said more than a hundred of his clients have died from COVID-19 so far.

"It's heartbreaking. These people are literally scared to death," he said. "If you have respiratory illnesses or cancer- you can’t fight off COVID-19."

Castrogiovanni said there are three other retired NYPD officers at the Union County Sheriff's department and all have moved to jobs where they have less interaction with the community to keep their jobs as low risk for the virus as possible right now.

Castrogiovanni said as many battles as he’s had to fight as a law enforcement officer, and having lived through 9/11, he's worried COVID-19 could be the thing that takes him down.

"There's a major concern. There's a good chance it could be the last thing I have," he said.