NC DHHS Secretary Dr. Mandy Cohen is urging everyone to get the vaccine as soon as it's offered to them. 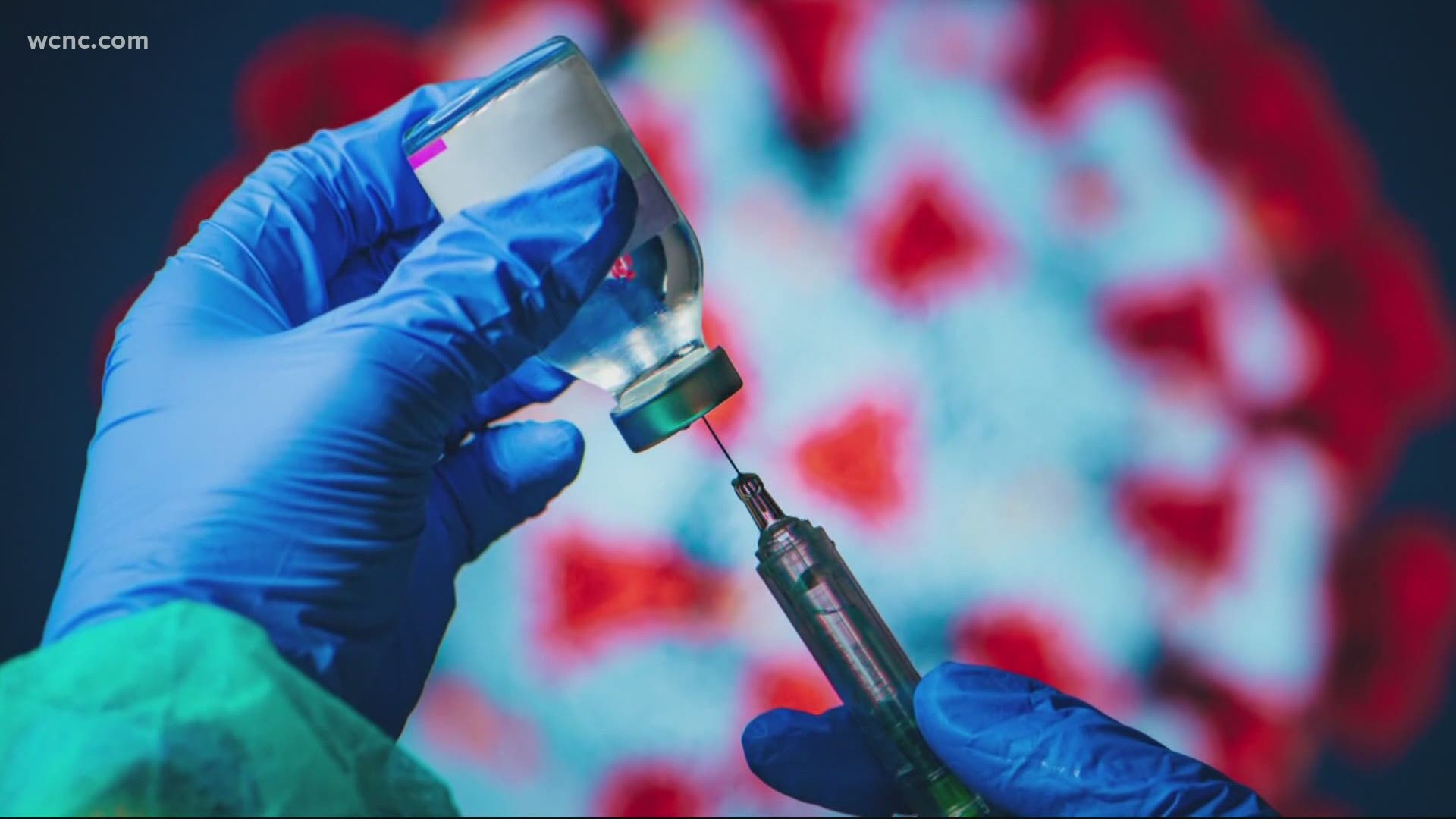 RALEIGH, N.C. — North and South Carolina could be getting the first shipment of the coronavirus vaccines as early as Dec.14.

Each state will decide for itself how their share will be distributed, and who will be prioritized. The CDC required state health leaders to submit those plans in October and now they’ll soon be put into action.

In South Carolina, the first round should arrive around Dec. 14. Leaders haven't said how many doses they're expecting, only that it will be limited.

That will launch phase one of the rollout, which will be administered in closed private settings.

The first doses will go to those in healthcare settings who can potentially expose patients and are unable to work from home.

“While we will not be able to cover everyone in phase one, in that first week, we would be able to as the weeks go on," said assistant state epidemiologist Dr. Jane Kelley.

Second up is phase 1-B, which includes other essential workers like additional healthcare personnel, food workers, school staff, childcare providers, and those at high risk including people 65 and older.

"It is quite limited in the very beginning but as vaccine manufacturing increases, we know we’ll receive repeated shipments on a regular basis," said state epidemiologist Dr. Linda Bell.

Once shipments start coming more regularly, phase two will launch, and the vaccine will be administered more widely. This will include clinics and pharmacies and will open up to “critical populations” which covers a variety of people including those working in public health, shelters, funeral homes, utilities, plus government officials, clergy, farmers, and so on.

RELATED: Salisbury VA to be among the first to get COVID-19 vaccine

Finally, when the vaccine is made widely available, South Carolina will launch phase three and distribute doses anywhere they can. This will include mobile clinics, worksites, schools and the general population.

State health officials warn this plan will take a while to see through to the end, urging patience and continued caution.

"The vaccine is ultimately going to get us out of the pandemic, but these early supplies will not get us there soon enough," Dr. Bell said.

It could be weeks before North Carolina receives enough vaccines to cover phase one.

"Right now, we're seeing numbers in the first few weeks or through the end of 2020 that could be less than 250,000," said Amanda Fullermoore, a pharmacist for NC DHHS.

Once phase one is covered, state health leaders will open up to phase two, which includes frontline workers, school staff, adults under 65 with health conditions, and those 65 and older.

Once those populations are vaccinated, phase three will launch, covering all essential workers and students.

And finally phase four, which will include the remaining population, an estimated 3.6 million to 4 million people.

NC DHHS Secretary Dr. Mandy Cohen urged everyone to get the vaccine as soon as it's offered to them.

"Corners were not cut," Dr. Cohen stressed. "These vaccines were built upon years of work in developing vaccines for similar viruses such as SARS in addition billions of dollars have been invested to allow clinical trials to proceed without delay."