Here's why some daycares in North Carolina are still open

Right now, 1,500 daycare centers across the state have stayed open and have roughly 1,500 open spots, according to the NC Deputy Superintendent of Innovation. 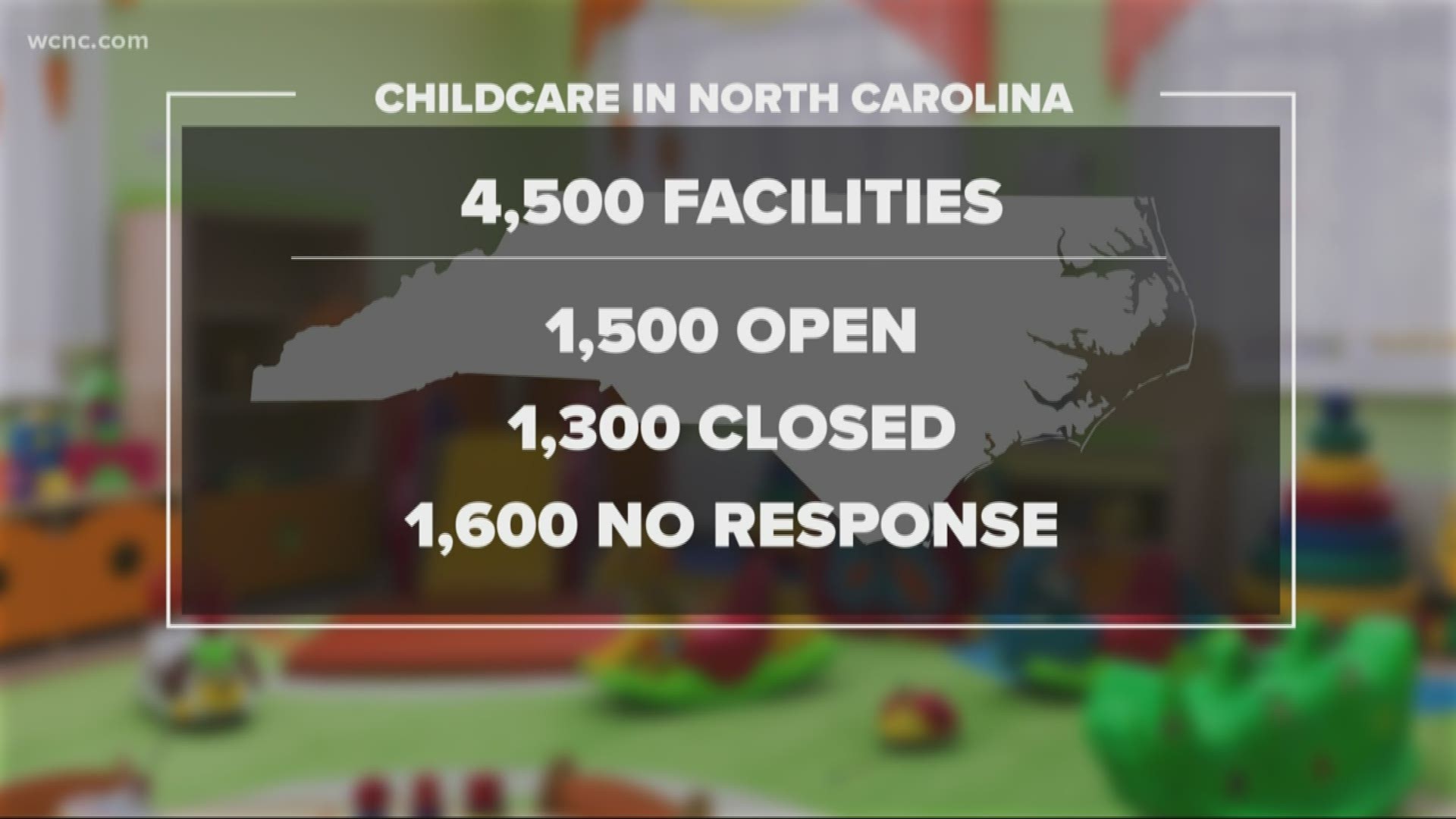 CHARLOTTE, N.C. — Schools were ordered to close statewide, but the North Carolina Department of Health and Human Services has allowed daycares the option to remain open.

The reasoning is that many critical staff -- from healthcare workers to first responders -- still require childcare.

Wednesday, state education officials revealed exactly how many daycares have temporality closed and how many have stayed open.

“Out of the 4,500 childcare facilities in North Carolina (private paid childcare facilities), we know that about 1,500 are remaining open,” said North Carolina’s Deputy Superintendent of Innovation, Dr. David Stegall. “We’ve heard that about 1,300 have closed and 1,600 we have not heard back from, so we are assuming those have probably closed as well."

On a conference call Wednesday morning, Stegall joined other members of the North Carolina state board of education, where Stegall also announced that the state is looking at mobilizing free public childcare options.

He says those childcare centers would be opened at public schools.

“We’re trying to develop what it would look like within each district if we needed to open a childcare facility on short notice to help with the overflow for frontline workers, their children,” he said.

Stegall said the childcare centers would only serve kids whose parents are on the frontlines of the global pandemic, for example meaning kids of first responders, healthcare workers or other vital services.

He says right now, 1,500 daycare centers across the state have stayed open and have roughly 1,500 open spots.

“What that’s told us is there may not be as much of a need for childcare facilities within schools,” he said. “What we don’t want to do is create free childcare facilities in our schools for parents and cause the closedown of private pay who are dependent on that revenue."

In order to determine what the need for childcare might be, especially if the state or individual counties begin to mandate further isolation restrictions, Dr. Stegall says the state has set-up a toll-free 1-800 number.

“It will be an access point for parents to call if they have a childcare need,” he says.

He said he expected the number to be live by noon Wednesday.