'People need to weigh the risk of not getting vaccinated' | Lancaster mom now on ventilator, had to give birth early due to COVID-19

Cierra Abbington-Chubb is fighting for her life just weeks after giving birth to her third child, Myles. 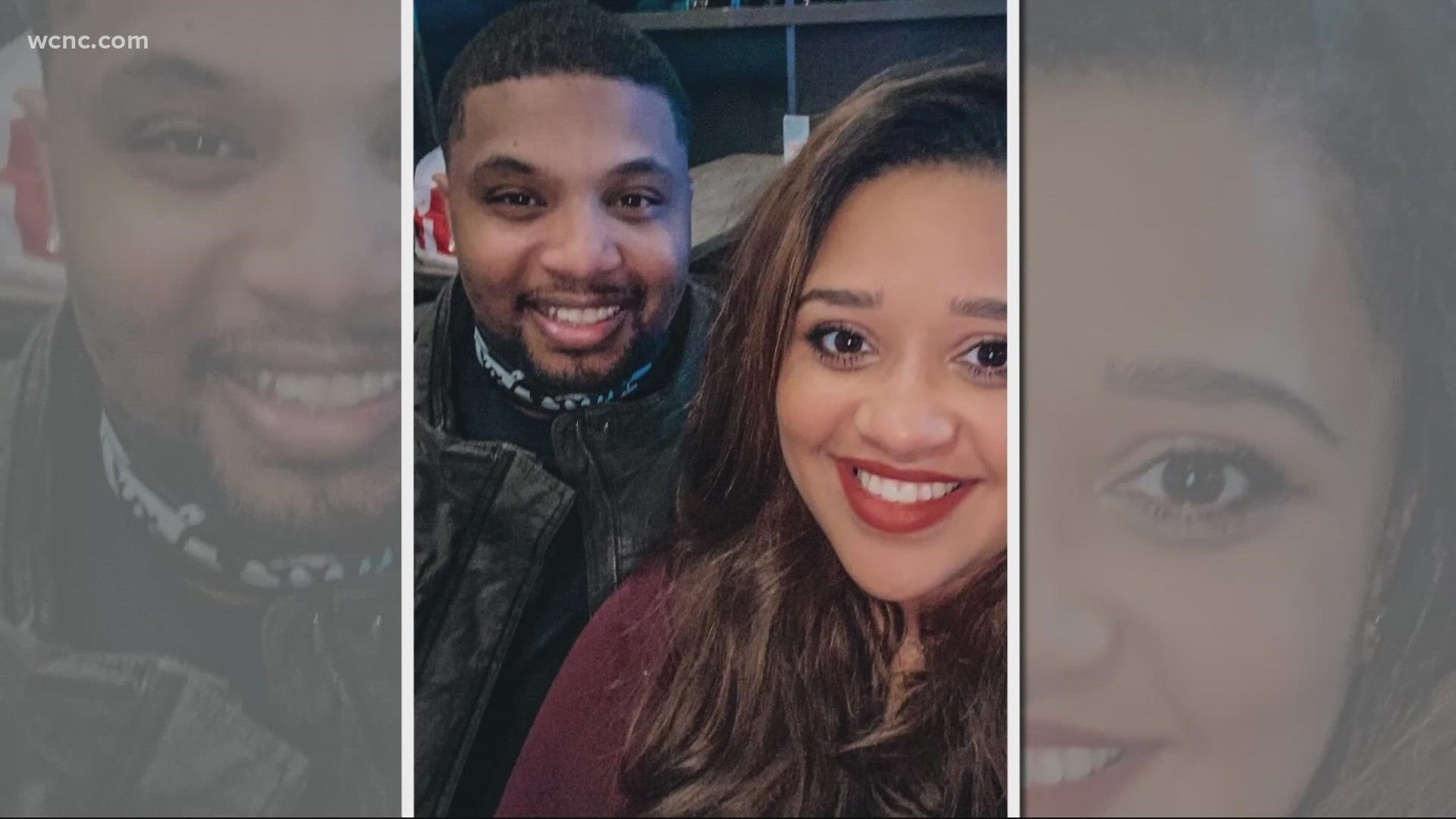 LANCASTER, S.C. — Hospitalizations are on the rise in the Carolinas as more people are getting sick from COVID-19. A Lancaster, South Carolina, mom is fighting for her life on a ventilator in the ICU just days after giving birth to her third child.

In the past few weeks, the Chubb family has experienced a lot of firsts.

“For the first time in our 12-year marriage, I wasn't present for one of the births of our children,” Jamal Chubb said.

His wife, Cierra Abbington-Chubb, was hospitalized with COVID-19 at 37 weeks pregnant. She tested positive after their daughter came home sick from a sports camp. As her oxygen levels dropped, Cierra was forced to give birth a few weeks early. She got some quality time with baby Myles before doctors said she wasn't getting any better.

“Again, for the first time in our 12-year marriage, I’m taking this 5-pound 7-ounce baby and I’m putting him in the car seat and his mom's not in the backseat making sure he’s okay in the back seat as we drive home,” Chubb said.

A few days later, Cierra was put on a ventilator. Her husband has been sharing their story on TikTok and the videos have gone viral. A GoFundMe page has raised more than $75,000.

Cierra’s health has been touch and go; at one point, her family was told she wouldn’t make it through the night, then that she has gotten a bit better.

They never expected COVID-19 to impact their family in this way.

Jamal Chubb had to take his newborn Myles home alone, leaving his wife in the hospital. She's on a ventilator and fighting for her life. @wcnc pic.twitter.com/NZU6ShRJBx

“We did everything right,” Chubb said. “The only that we didn't do was Cierra did not get vaccinated but that was because she wanted to protect our son,” Chubb said.

Jamal is fully vaccinated and never got sick despite being near his wife and two children who were sick. Baby Myles tested negative too.

“People need to weigh the risk of not getting vaccinated,” he said. “I don’t want to take anybody’s individual right but as I’m finding out more and more as people have been generously donating and showing up for us, we need each other, more than we'd like to admit.”

The Chubb family is thankful for the support and donations they’ve received but Jamal says he would give it all back if it meant Cierra was home and healthy.